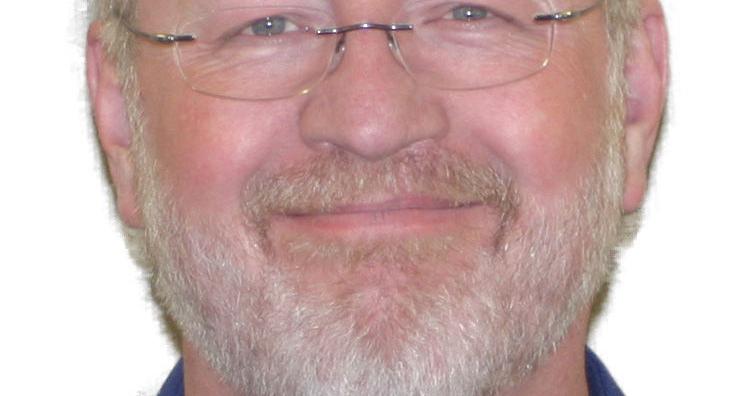 Hi. My name‚Äôs Tom. I‚Äôm addicted to canine companionship.
(This is the part where you would say ‚ÄúHi Tom‚ÄĚ if we were at an actual Canines Anonymous meeting, if there was such an organization.)

It‚Äôs been two months since we euthanized George, the terrier mix dog we had for 11 years. His litter mate, Gracie, had seemed a bit depressed as she settled into life as the only canine in the household. Her attempts to get the cats to play with her have not gone well.

After talking with my wife, we began looking at rescue adoption websites for a play-mate for Gracie.

I should add at this point my wife of 42 years has been as patient and kind as a saint with me bringing home stray cats and dogs. She once again humored my requests.

Over Memorial Day weekend, we met a 9-month-old Corgi/Shiba Inu mix male puppy at his foster mom‚Äôs home in the cities. Calm and low key, he seemed like a perfect fit for Gracie. A week later we brought him home after we passed the screening tests.

For over a week, our household has been busy adapting. We have named him Winston (after the British prime minister). He looks a lot like a fox with his coloring and bushy tail.

He‚Äôs a good boy (most of the time) and just wants someone to play with him. Gracie, a week into the process, isn‚Äôt having it. She tolerates him but doesn‚Äôt want to play. Perhaps in time she will change her mind. I hope so.

I don‚Äôt know if Winston had ever seen a cat before moving in with us. We have three cats, all rescues. Macie, a fat tabby and the oldest of the three, won‚Äôt play with Winston, despite his repeated urging. Winston now knows when to stop pestering her since he got the claws one time he pushed too far.

Again, I know in time we will come to some sort of deŐĀtente, a wary but peaceful coexistence.

It is time for Winston and his masters to go to school. We are looking for obedience classes now. I have been watching obedience training videos online and trying to emulate the techniques of the teachers. I think some of the videos are staged, Winston doesn‚Äôt respond the same way those obviously well-trained dogs do.

All kidding aside, I know the key to success in all of this is lots of patience, lots of love. Building trust is the first step in any relationship. When we brought Winston home, he was in a strange place with strange people being called a strange name.

It all must have been very…strange.

I imagined he was wondering where we buried his foster mother and how he could find his way back to the Twin Cities. Over the weekend, I was thinking I would be happy if he developed some Stockholm Syndrome. The condition is where people cope in a captive situation, developing positive feelings to their captors over time.

Monday night, three days into the new situation, Winston did some ‚Äúzoomies,‚ÄĚ running rapidly around the back yard. It‚Äôs a way for dogs to release energy before bedtime or resting. I even got to rub his tummy.

It‚Äôs going to be just fine, after all.

Thanks for reading. I‚Äôll keep in touch. Feel free to do the same.

« Ask the expert: Zoe Taphouse – Pet Business World News A Professional Trainer Explains What to Do During Your First Week With a New Puppy – Wide Open Pets »