A viral Tumblr post is teaching people how they can help those who rely on service dogs.

â€śIf a service dog without a person approaches you, it means the person is down and in need of help,â€ť reads the message, labeled as a public service announcement. â€śDonâ€™t get scared, donâ€™t get annoyed, follow the dog!â€ť

Two and a half years ago, Tessa Connaughton, a 20-year-old from California, got a dog named Raider.Â With the help of a local dog training company, she taught Raider to help with her autism. Whenever Connaughton feels overwhelmed, her trusty English mastiff and bull mastiff mix applies deep pressure therapy, and it calms her down.

â€śLaymanâ€™s terms: He lays on me if I get antsy,â€ť Connaughton told HuffPost. 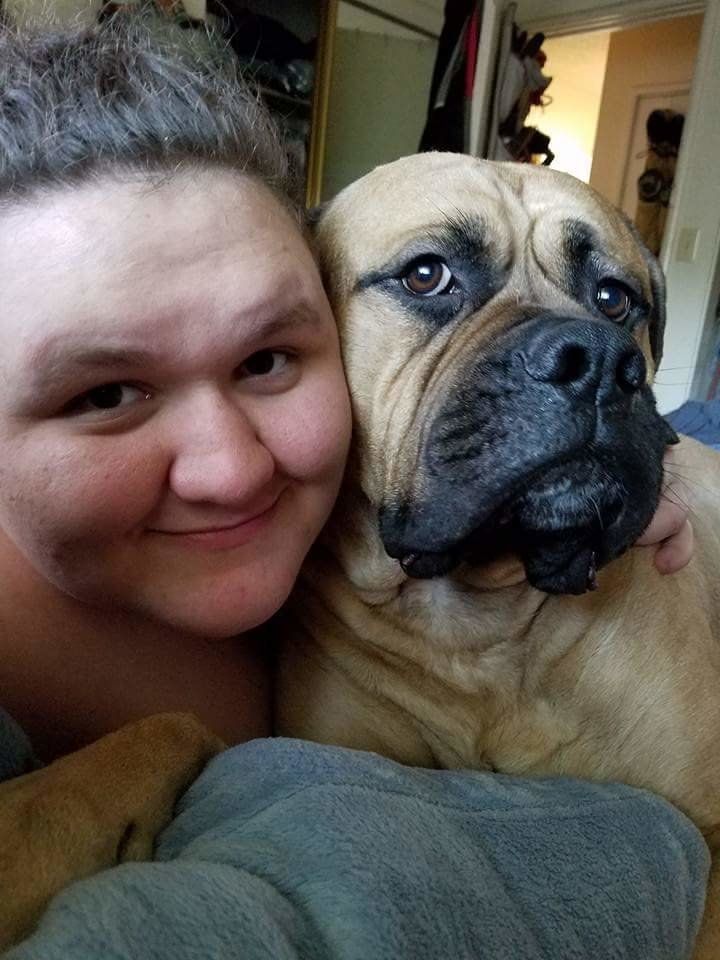 A few months ago, Connaughton was diagnosed with epilepsy, so Raider began training in how to assist her during an emergency.

â€śWe want him to roll me onto my side, press an alert button that Iâ€™m going to keep with me, and protect my head,â€ť Connaughton said.

But since dealing with seizures is new to Raider, Connaughton has taught him a temporary protocol: Heâ€™s been taught to leave his human and find an adult if she has a seizure rather than stand beside her and bark for help.

Itâ€™s a technique that is similar to one that an expert from the Guide Dog FoundationÂ demonstrated Tuesday on â€śToday.â€ť

Do you know what to do if a service dog approaches you without a person?

A PSA for service dogs is going viral after a story was posted on Twitter. @TODAYPuppyâ€™s trainer, Olivia, answers common questions. #OrangeRoom pic.twitter.com/lGQg8162f2

A week ago, Connaughton decided to swing by the grocery store to get some coffee creamer and sweetener with Raider when she slipped and fell. Her service dog assumed she was having a seizure and left to find help. Once Connaughton gathered herself, she went looking for Raider. She found him trying to get the attention of a visibly annoyed woman with his nose.

â€śShe was swatting at his nose and telling him to leave her alone while she was shopping,â€ť Connaughton told HuffPost.

The false alarm was a huge wakeup call.

â€śIt stood out to me that if she didnâ€™t realize what he was trying to get at, there were probably a lot more people who didnâ€™t know,â€ť Connaughton said. So she decided to write a public service announcement and post it to Tumblr.

On Saturday, Connaughtonâ€™s PSA made its way on to Twitter, where it went viral, receiving over 187,000 likes and 159,000 retweets as of Tuesday night.

And although the post has been getting mostly positive reviews, it has received some criticism,Â including from people suggesting that training a dog to go off and seek help is impractical.

â€śThereâ€™s a thousand ways to train a service dog,â€ťÂ Connaughton told HuffPost. â€śI live in a small town with a lot of people, so my method works for me.â€ť