Woman humiliated by Walmart employee because of emotional support dog 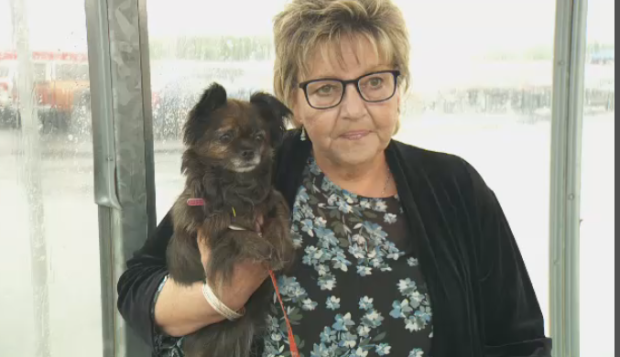 A woman in Chateauguay claims that an employee at the townâ€™s Walmart humiliated her when they asked about her emotional support dog.

She uses her chihuahua, Bizou, to help her cope.Â

On July 8, Fournier was shopping at Walmart when she was confronted by an employee asking for proof that Bizou was more than just a pet.Â

She felt humiliated by the encounter.Â

The Quebec Human Rights Commission states that a service dog should have a collar or harness from a foundation like Mira.Â

Bizou doesnâ€™t have a collar, nor does she have any specialized training.Â

Fournier did, however, have a doctorâ€™s note explaining Bizouâ€™s role.Â

Walmartâ€™s policy allows for its employees to ask for documentation.

It also shows the difference between the two types of animals, which extends to whether they are accepted into businesses.Â

Walmart did not respond to an interview request.Â

Fournier just wants this type of situation to be avoided in the future, and has even thought of organizing a petition for legislation on the issue.Â