Why SMS and voicemail are making a comeback 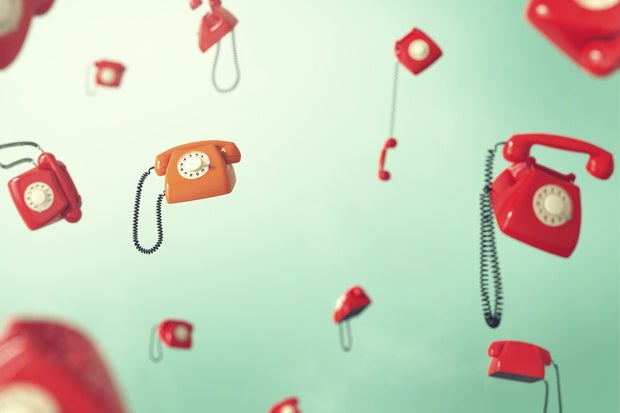 SMS and voicemail are old and busted technologies that should be, and have been, replaced by newer alternatives.

Weâ€™re led to believe, for example, that SMS has been largely left behind by enterprises and businesses in favor of team collaboration tools such as Slack.

And while itâ€™s true that the number of SMS messages peaked in 2011, when 2.3 trillion messages were sent in the United States, SMS activity today still dwarfs everything else.

Mind-share leader Slack has only 3 million active paid users. Some 6 billion people have access to SMS. That means 99.5% of the people who have SMS are not paid users of Slack.

Remember HipChat and Stride? Slack this week announced a partnership with Atlassian, whereby both the HipChat and Stride user bases will be assimilated into Slack. Resistance is futile. In exchange, Slack will be retrofitted to better integrate with other Atlassian products suc as Jira Server and Cloud, Trello and Bitbucket.

[ Take this mobile device management course from PluralSight and learn how to secure devices in your company without degrading the user experience. ]

But wait! Hasnâ€™t SMS been made obsolete by RCS?

Most people will get Chat functionality from their carriers over the next few years. Yet SMS is still an extremely powerful medium for business.

One way that SMS usage has been broadened and made more flexible is that itâ€™s no longer the exclusive province of mobile phones.

A Chrome Extension called Send Your Email to SMS from CloudHQ lets you send and receive SMS messages in Gmail.

After installing the Extension and doing a simple setup, you can choose someone from your Google Contacts and send that person an â€śemailâ€ť from Gmail, which arrives on the contactâ€™s phone as an SMS.

(If youâ€™re on AT&T, you can follow an additional setup to make the SMS appear to come from your phone, and if youâ€™ve got an iPhone, it all appears to operate within Messages.)

This is a way to use SMS without using SMS. You just send emails, and those appear as SMS to the people who prefer to get messages on their phones.

You can also tell the extension to send you an email via SMS if itâ€™s from a specific person or contains a specific word or phrase in the subject line. It sends the entire email, not just a summary or link. (In my experience, it can take a few minutes to get the alert via SMS.)

Within the past month, Google rolled out a service called Messages for Web, which is a way for Android users to send SMS from a web browser.

Companies are using SMS to break through the noise of email and app notification fatigue. For example, a Silicon Valley startup called The Nudge helps users break screen addiction with helpful hints about events and activities that donâ€™t involve using a phone or laptop, all delivered via SMS.

(The Nudge also has an app, but the main â€śproductâ€ť is the SMS-delivered content.) And, yes, itâ€™s ironic that reading the SMS requires looking at a screen.

And SMS marketing is a big deal because SMS is a better and more effective way to break through the noise. Something like 82% of all smartphone users surveyed said they open every single SMS thatâ€™s sent to them. Email open rates remain in the low, single-digit percentages.

And, of course, voicemail is obsolete, right?

The whole idea behind voicemail is that itâ€™s a fall-back system after an attempt at a live phone call fails. It started out as a kind of digital answering machine.

The main problem with voicemail has always been that, while itâ€™s an easy way to send a message, itâ€™s always been problematic for the receiver. Youâ€™ve got to sit there and wait while the caller blathers on endlessly. Youâ€™ve got to take notes to capture the information. Itâ€™s annoying.

But new technology (especially automatic transcription, which has gotten very good lately) retains the ease of sending, while improving the ease of receiving.

Many people, myself included, use services such as Google Voice, which, among other things, transcribes voicemails into text and sends it to your email inbox.

In fact, I stopped answering my phone long ago. The idea of actually answering a phone from an unknown caller feels weird now.

Transcribed voicemails are great. But live phone calls from strangers are obsolete. Some services out there turn these facts into a business model.

A service called JMP, for example, lets you pick a phone number to hand out to people at business meetings. But the number never rings a phone. It merely accepts voicemail, which is then transcribed and sent to you via email. It all works via Jabber.

Google recently decided to use voicemail as a catch-all for suspected spam calls. The company this month released a beta version of the Google Phone app, which is the default phone dialer for Google phones such as the Pixel and Nexus. When the new Google Phone app suspects that an incoming call is a scammer, spammer or telemarketer, it doesnâ€™t ring the phone. Instead, it moves the caller directly to voicemail.

Even Linkedin embraced voicemail this week. The company announced that members can now send each other voicemails. The voicemails, which can only be recorded and sent using the mobile apps, arrive like email in the Linkedin inbox in the mobile apps or online.

How I know youâ€™ll get the message

The reason SMS and voicemail are still not only relevant but resurgent is that everybody has them. No proprietary service will ever match the universality of SMS or voicemail.

While the alternatives to SMS and voicemail get all the press, the truth is that these older approaches to communication are universal â€” everyoneâ€™s got access to them.

And now old and busted SMS and voicemail are becoming the new hotness with new technologies, new ideas and new services.