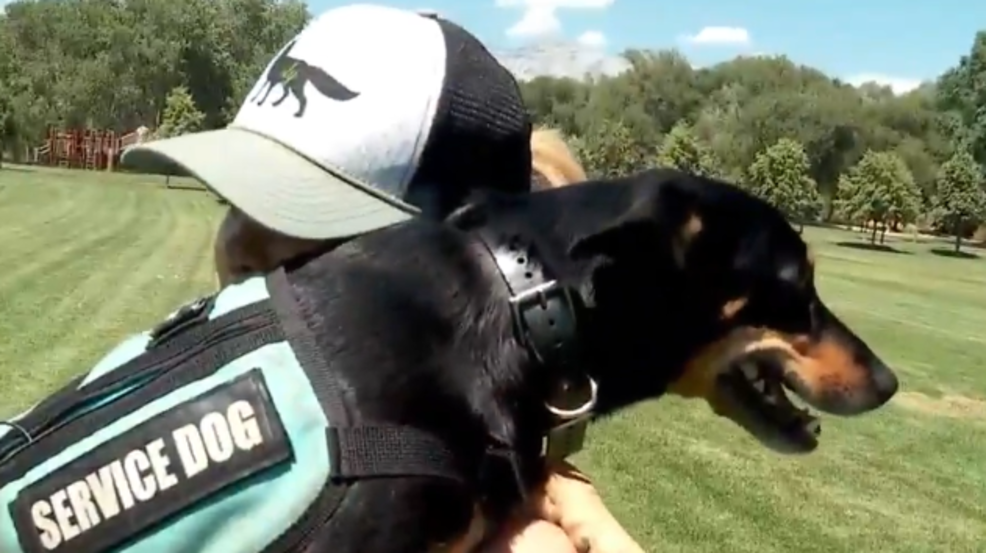 Walmart apologized to a Utah woman who said she was harassed by an employee for bringing her off leash service dog, Kona, into a store in Spanish Fork on Monday, July 9, 2018. (Photo: KUTV)

(KUTV) â€” An American Fork woman says she was verbally harassed while shopping with her service dog at a Walmart store in Spanish Fork.

â€śHow can you say that to someone like me? Even though itâ€™s a mental disability, itâ€™s just as debilitating,â€ť Fitzpatrick said.

Under the federal Americans with Disabilities Act (ADA), people with disabilities have the right to be accompanied by a service dog in stores, restaurants and other public places. Business owners are also not allowed to ask someone what kind of disability they have. Fitzpatrick said Konaâ€™s training requires her to be off leash.

Fitzpatrick struggles with anxiety and depression and Kona helps to stop panic attacks, among many other tasks. Sheâ€™s been working with Kona for over a year and half now, and said the dog has drastically improved her quality of life.

â€śThere have been weeks where I havenâ€™t left the house and now itâ€™s to the point where Iâ€™m out every day,â€ť she said.

Kona has helped her regain her confidence. She also is trained to perform pressure therapy when she senses a panic attack.

â€śI feel like training needs to go a step further so something like this doesnâ€™t happen,â€ť she said.

Store managers at the Spanish Fork Walmart apologized to Fitzpatrick for the incident. Walmart corporate also released the following statement:

We’re committed to providing a safe shopping experience for those shoppers and associates relying on assistance from service animals. We appreciate our customer bringing this to our attention and have apologized to the customer.

« Barking dogs are affecting woman’s health but says laws not enough to silence them Smells, growls and disputes: AA urges DOT to allow only trained service dogs in airline cabins »