The trainer facing charges in the death of a dog that belonged to former New England Patriots linebacker Jerod Mayo says she didn’t cause the death and she cried “for what seemed like hours” when she found the pet dead.

Amelia Ferreira, 41, of Cranston, Rhode Island, told the Sun Chronicle in an email Tuesday that she was a “coward for not being honest” and “allowed fear to cloud my judgment and made decisions that hurt other people.”

The 5-year-old English bulldog, called Knox, had been missing since June and was found dead in a trash bag inside Ferreira’s home on Aug. 5.

“I don’t know why Knox died and it eats at me every day that his family is still left not knowing what caused his death,” Ferreira said in her email. “I didn’t make the right decisions but what I am 100 percent sure of is that I absolutely did not hurt Knox nor did I do anything to him that caused his death.” 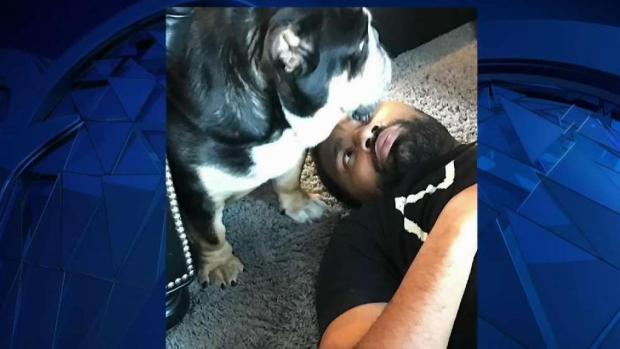 She said she found Knox dead in his crate when she went to feed him. She said she sat on the floor holding the dog in her lap for hours. “I was scared to death and had no clue what to do.”

The results of a necropsy were inconclusive but revealed no signs of trauma. Ferreira is charged in Rhode Island and Massachusetts with obstruction.

Last month, Mayo told WJAR he hired Ferreira through Off Leash K9 Training in Providence. Ferreira picked up Knox on May 24. When Knox was due to be returned several weeks later, the trainer told Mayo she had lost the dog while out walking with another dog in Wrentham, Massachusetts.

Police searched the Joe’s Rock conservation area off 1500 West St., but were unable to locate Knox. They did, however, find his electronic collar out in the open on the trail.

According to police, Ferreira later changed her story, saying Knox was last seen in his crate at her Cranston home and then disappeared.

The Rhode Island Society for the Prevention of Cruelty to Animals began an investigation and seized five Maltese dogs from Ferreira’s home. The dogs were living in the basement, matted and dirty, according to the agency.

“When it is all said and done, we look at Knox as a hero,” Mayo said. “He saved some other dogs, that is the glass-half-full way of looking at it.”