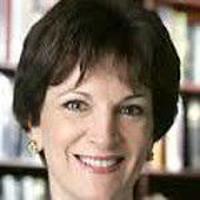 â€śHave any big plans for the summer?â€ť people sometimes ask by way of small talk. I reply literally: â€śYes, housetraining a new puppy.â€ť

Our newest family member is a 12-week-old Labrador retriever mix â€” jet black from the top of his nose to the tip of his slightly odd long tail. When I phoned the local vet to make his first appointment, the receptionist asked his age (he was then 8 weeks), his sex and his breed. I replied, â€śHeâ€™s a mutt.â€ť She corrected, â€śWe say mixed.â€ť She was kidding … I think.

We adopted this pup through Lonely Hearts Animal Rescue. I wish I could say that we did it entirely to save a dog who would otherwise possibly have been euthanized. But in truth that was only part of the reason. Our last dog, Cali, a gorgeous, exuberantly loving golden retriever, broke our hearts when she died of cancer at age 7. Goldens are the No. 1 victims of cancer in the dog world, and other pure breeds also suffer from a variety of ailments to which mutts are far less prone. The genetics are pretty straightforward. When you select for certain traits â€” beautiful coats, particular colors and sizes, head shape â€” you breed from a limited pool. You get the good traits but also a higher concentration of bad ones (like susceptibility to disease).

People worry that â€śyou donâ€™t know what youâ€™re gettingâ€ť when you adopt a rescue. Thatâ€™s true, which is why, despite the midnight awakenings, razor sharp teeth and destructophilia, we elected to get a puppy. Breeding for temperament is very much a real thing (see the famous Russian experiment that selected for tameness in foxes), but we figure that dogs are dogs and that most bad behavior is the result of negative experiences. Also, we applied the Parker family temperament test to the puppy whose picture on Petfinder had first attracted our interest. He flunked.

He was black and tan like a Rottweiler, but with big floppy ears like a Labrador. Completely adorable. But when we met him, he seemed oddly aloof. He didnâ€™t approach us head up and tail wagging when we entered the enclosure. When we took him outside and offered to play, he was passive and unresponsive. I speculated that he might just not be feeling well. But we had only these 30 minutes to decide, and he didnâ€™t seem like a people person (if youâ€™ll forgive the expression). His brother, by contrast, was all wobbly fun. He cuddled in our laps, and also kept a sharp eye on the comings and goings of the rescue lady. And so we chose the black one. My son drove while I cradled the skinny, warm package of fur on a towel in my lap. (The towel came in handy when he threw up. Experience!)

Weâ€™ve named all of our dogs after U.S. presidents. The first was Gipper. The second Teddy. The third Cali. And now our sleek black mutt whose fur looks and feels like velvet is Ike. I hereby promise (fantasize?) that if the junior senator from Nebraska is elected president, we will immediately adopt a female and name her Sassy.

Note that I described our summer as â€śhousetraining.â€ť When I was a kid, people spoke of â€śhousebreakingâ€ť a dog. The received wisdom was that when your puppy had an accident indoors, you thrust his nose in it, shouted â€śbad dogâ€ť and rushed him outside. Some also recommended spanking him with a rolled-up newspaper. The new wisdom, dispensed by most trainers, is â€śpositive training.â€ť Our preferred guru, Ian Dunbar, recommends paying close attention to your puppyâ€™s behavior, knowing the likely times of need (right after meals particularly) and rewarding your pet for every successful evacuation with praise and a treat.

Ike got the hang of it within about 10 days, but he still has some accidents. Dunbar advises that if your pet continues to err, then you roll up a newspaper and whack yourself with it because obviously you did something wrong. Like many dog people, Dunbar takes a dim view of humans. But who devised positive dog training anyway? Not a dolphin.

Ike can come, sit, stay, go down (sloppily), wait, give a high-five, and let go (â€śoffâ€ť). OK, not consistently. But no matter what, he has already achieved the most important milestones â€” the overjoyed greeting when youâ€™ve been gone for only a little while, and the way he rests his chin on your foot as he sleeps. You can have your lake or European vacation; my summer is complete.