The Secret Price of Pets 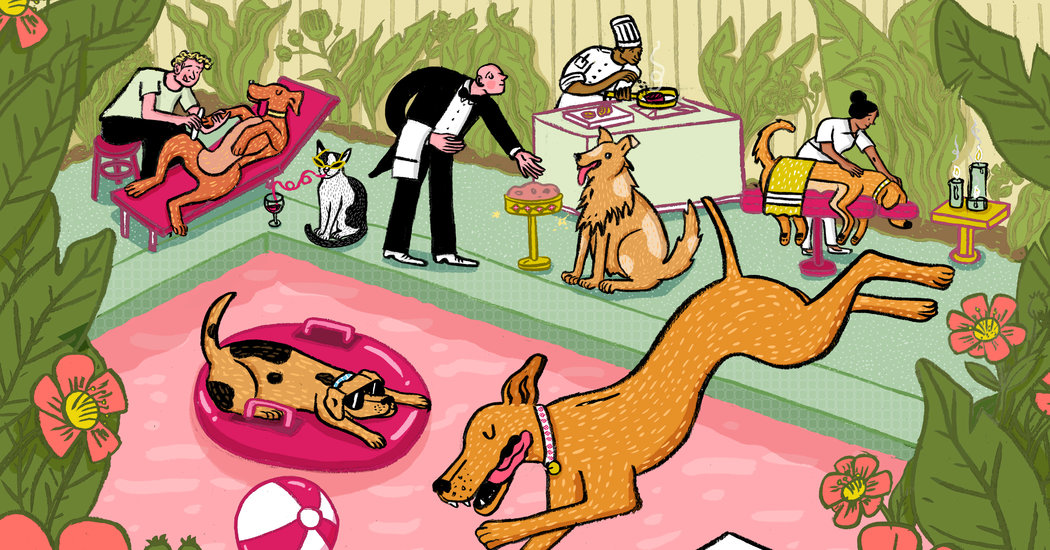 Some dogs and cats are having as much so-called work done as Beverly Hills house spouses.

Petplan, an insurance company, estimates that pet parents dropped $62 million in 2011 on plastic surgery for their little angels. Popular procedures include tummy tucks, nose jobs and eyebrow and chin lifts.

True, the operations often have practical benefits. Widening the nostrils of snub-nosed dogs (like the genetically challenged pug) can improve respiration. And eyelid lifts can reduce infections in especially wrinkled breeds like shar-peis. But anyone who‚Äôs seen before-and-after pictures of a shar-pei with an eye job can tell you there‚Äôs a cosmetic upside.

Dogs and cats are also going under the knife for hip replacements, heart surgery, even gender reassignment. Transgender pets usually fall into one of two categories: animals whose birth sex poses health issues (like Bishop, a German shepherd from Chicago who became Bishy to get rid of the stones lodged in his bladder and penis) or those with risks tied to being born intersex (Red, a California Pomeranian whose male organs were removed to reduce the chance of cancer).

But perhaps in time the growing trans pet community will embrace its gender-nonconforming brothers and sisters (male dogs who squat to urinate, females who mount).

As for cisgender pets, they have plenty of opportunities these days to express themselves. Dog grooming, for instance, no longer means a flea bath and a clipping. Dogs are having their tresses colored, straightened, curled and waved. They‚Äôre getting mohawks and fauxhawks, lion cuts and teddy bear cuts. They‚Äôre volumizing with feathers and accessorizing with beads.

‚ÄúRight now ‚ÄėAsian fusion‚Äô is trending,‚ÄĚ said Jorge Bendersky, a New York dog groomer, of a cut that was developed in Japan. Mr. Bendersky charges up to $300 an hour to style clients like Rita, Gisele B√ľndchen‚Äôs Yorkshire terrier, and Sophie, P. Diddy‚Äôs miniature Maltese. ‚ÄúThat‚Äôs very short on the body and very long on the legs, like big bell bottoms, which gives them the opportunity to wear a dress or a sweater and necklace without messing up the hairstyle.‚ÄĚ