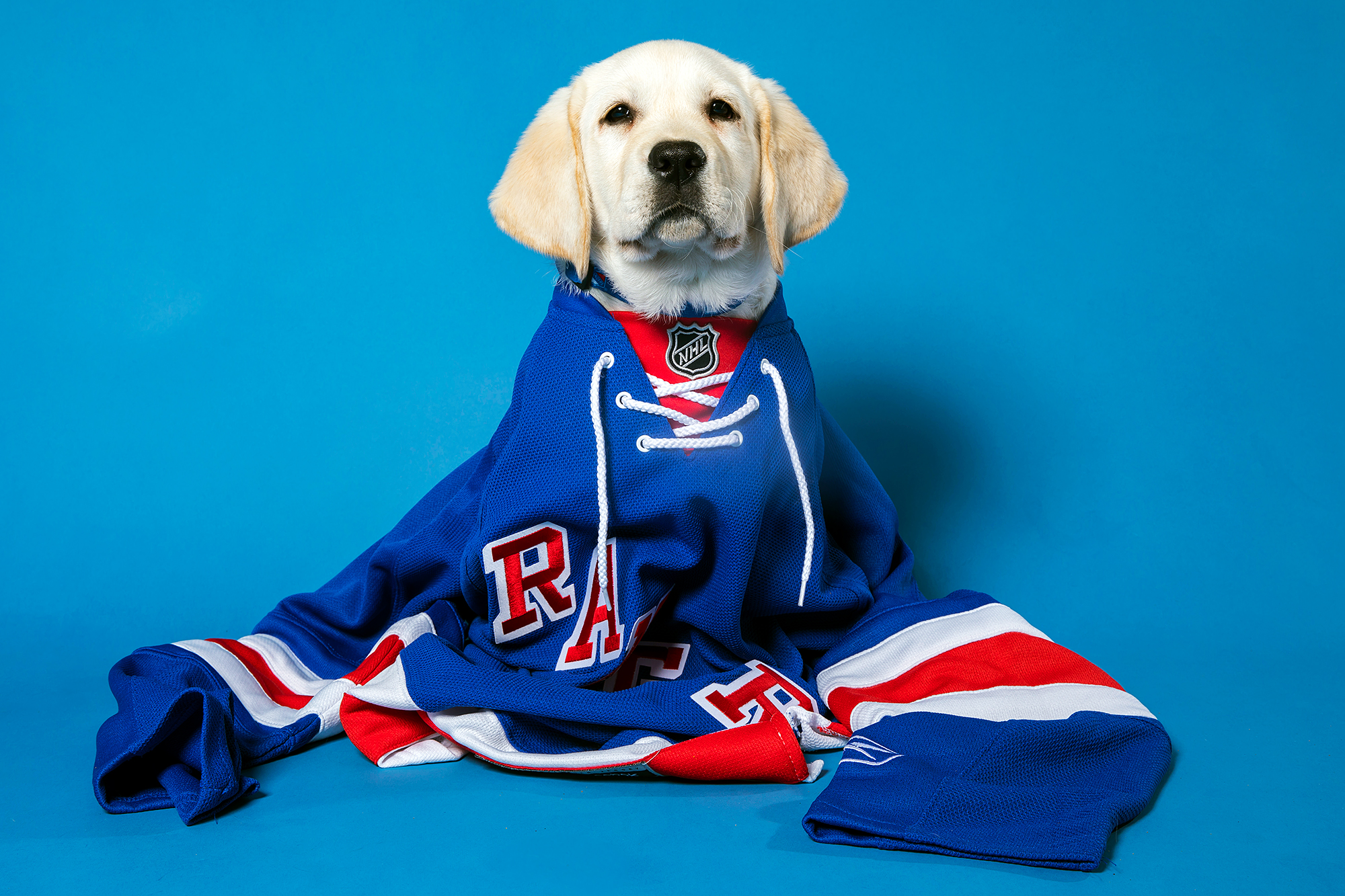 This pup is ready to play! The New York Rangers are training an autism service dog this season.

Chrissy Teigen, Miley Cyrus and More Celebrities Who Own Hollywoodâ€™s Most Beloved Pets

The National Hockey League team announced on Tuesday, August 7, that a 6-month-old yellow Labrador named Ranger will be joining the team for a year to learn the unique skills he needs to become a professional service dog for a child with autism. 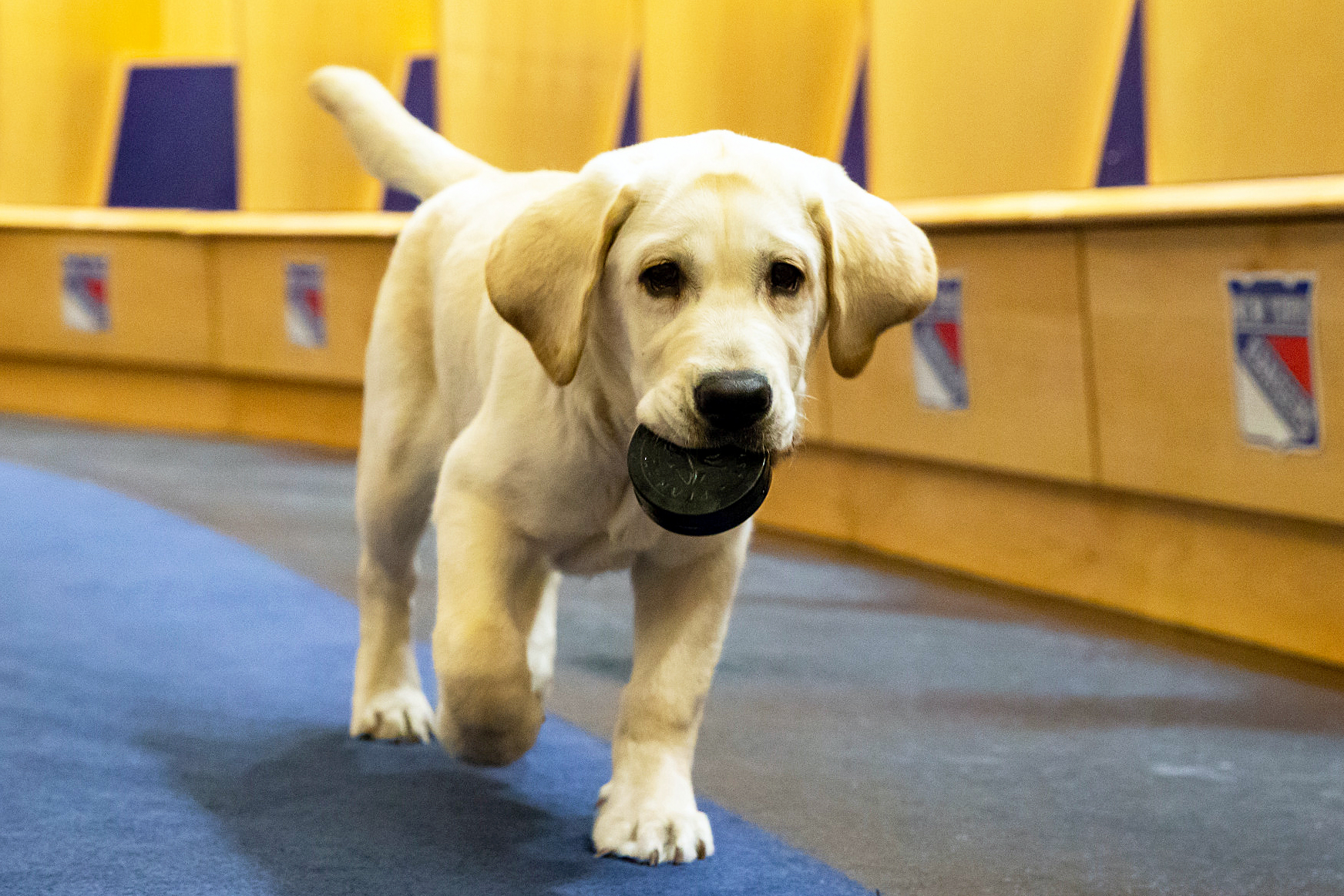 Celebrity Pets That Have Their Own Social Media Accounts

The Rangers have partnered with BluePath, a nonprofit that provides autism service dogs. The animals offer companionship, safety and independence opportunities to those with autism. â€śWe are so excited to partner with the New York Rangers to raise understanding and awareness for autism and of the importance of service dogs in the world,â€ť vice president of marketing and development at BluePath Michelle Brier said. 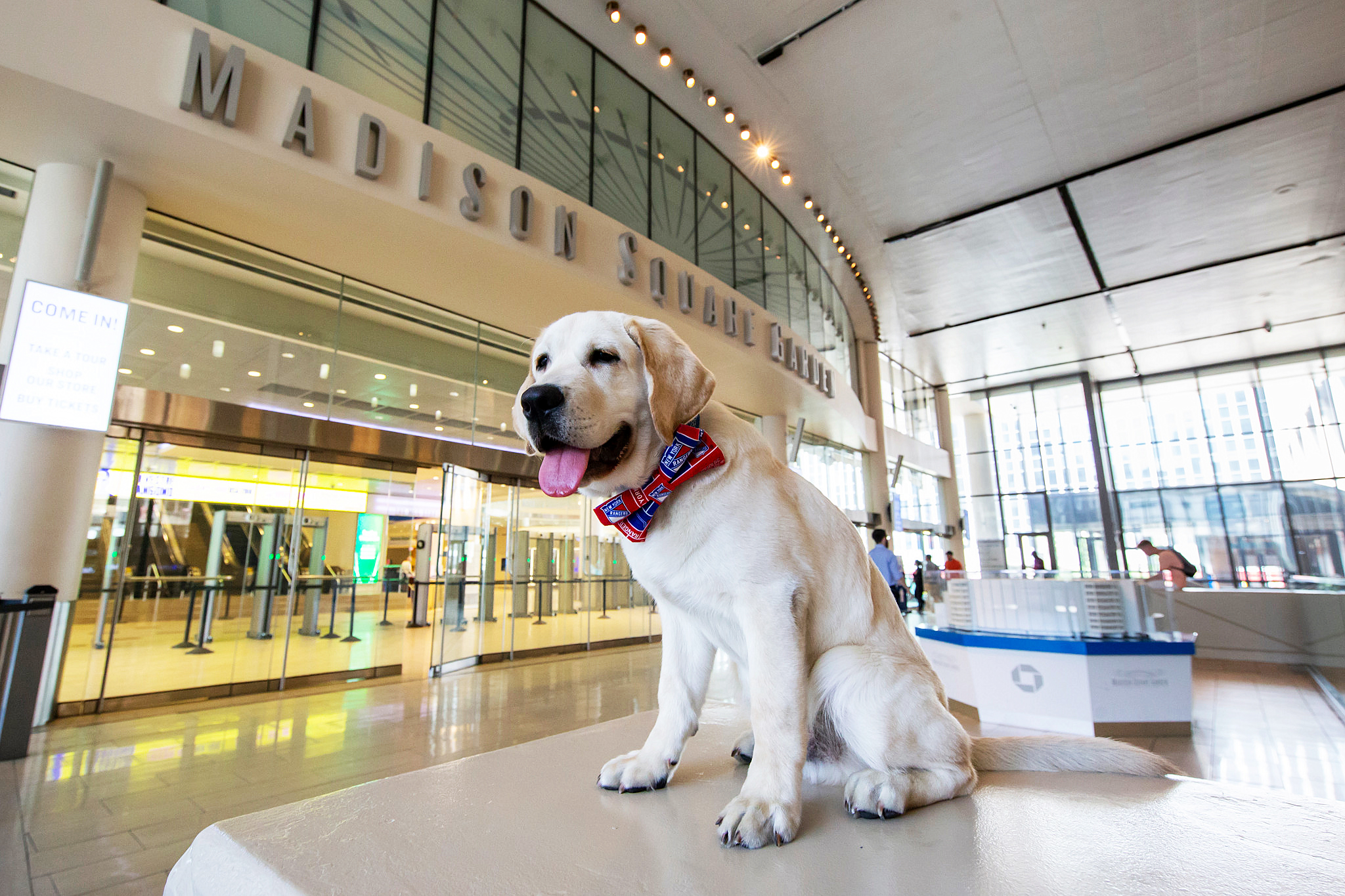 Ranger already has a social media presence. The puppy shared some â€śbarkgroundâ€ť information about himself on his Instagram accountÂ on Tuesday. â€śMy first collar was [blue] and now I get to be a Blueshirt!â€ť he captioned a gallery of adorable photos of himself. â€śMy pre-game treat is [peanut] butter! Iâ€™m learning to handle [pucks]! I love to take the [subway] to MSG!â€ť In the pics, the canine wears his jersey and his official team collar, carries a puck in his mouth and takes a nap.

The furry cutie also practiced his high-five skills with Adam Graves â€” the teamâ€™s former left wing, who had the honor of introducing Ranger to the world â€” on his Instagram Story Wednesday, August 8.

Kevin Shattenkirk, a defenseman for the Rangers, approves of the addition. â€śMight be my new favorite teammate!â€ť he tweetedÂ on Wednesday. â€śWelcome to the team Ranger!â€ť

Sign up now for the Us Weekly newsletter to get breaking celebrity news, hot pics and more delivered straight to your inbox!