The Most Important Photo 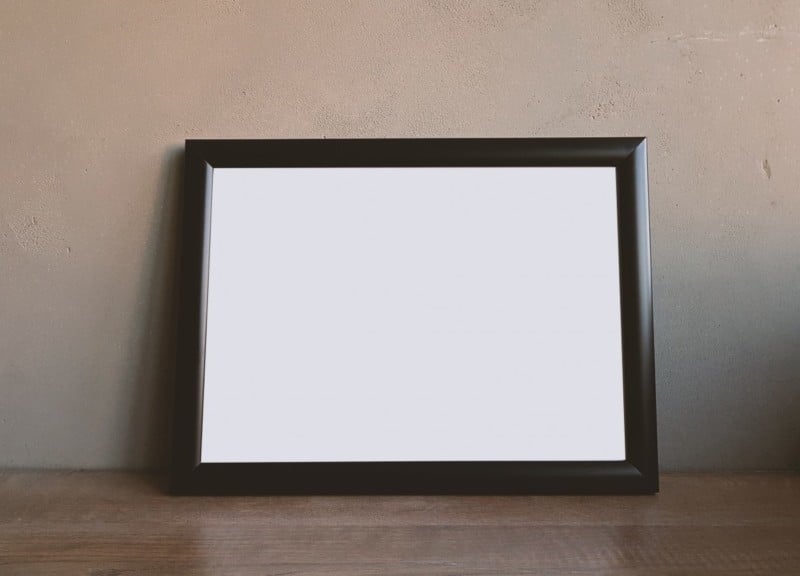 Sometimes we put things off so many times that the act of delaying that thing becomes automatic. ‚ÄúI‚Äôll get to that thing tomorrow‚ÄĚ, and tomorrow comes, tomorrow goes, and that thing never gets taken care of. I fell into that trap, and the thing that kept being put off was taking portraits of my parents.

I‚Äôd say it over and over and put it off again and again. My wife would say, ‚ÄúYou really should do this. You should,‚ÄĚ and I‚Äôd say, ‚ÄúYeah, I know. I totally know. If I don‚Äôt do it soon, then I might not have the chance again.‚ÄĚ

I read about photographer Angelo Merendino‚Äôs ‚ÄúGoodbye at the Door‚ÄĚ series. Again, I told myself ‚Äúdo it. Do it now.‚ÄĚ I see this article was from 2014. Again I put it off.

My father is now 85. He recently had congestive heart failure and a week in the hospital helped yank that procrastination out of my stubborn brain and stuck it directly in front of my face.

‚ÄúIf I don‚Äôt do it soon, then I might not have the chance again.‚ÄĚ

I would make up dumb excuses: ‚ÄúMy dad is hard to get along with ‚ÄĒ he won‚Äôt want to do it.‚ÄĚ Or: ‚ÄúMy mother hates having her picture taken. She definitely won‚Äôt do it.‚ÄĚ Or ‚ÄúThis week isn‚Äôt good, I‚Äôm really busy with work‚ÄĚ and so on. And so forth.

So, a few weekends ago, I finally did it. I had my parents come to the studio and made some portraits of them. 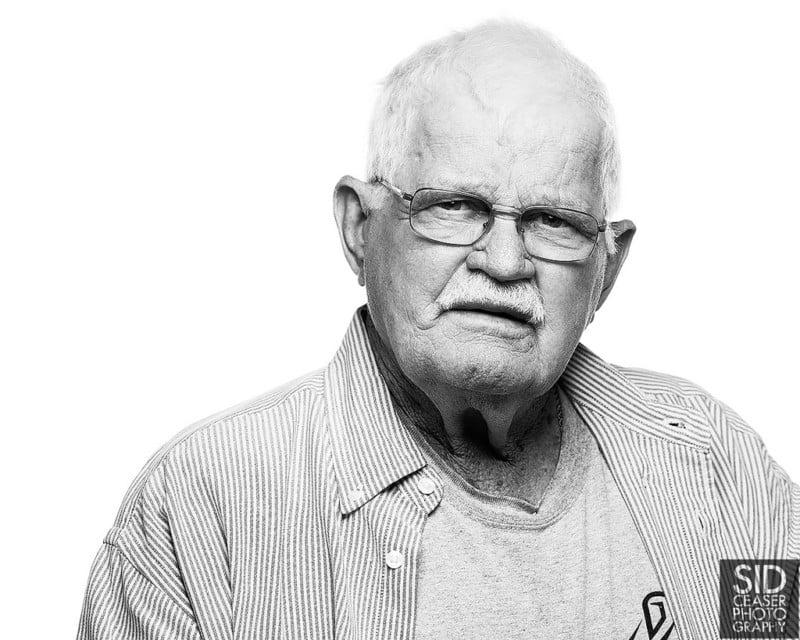 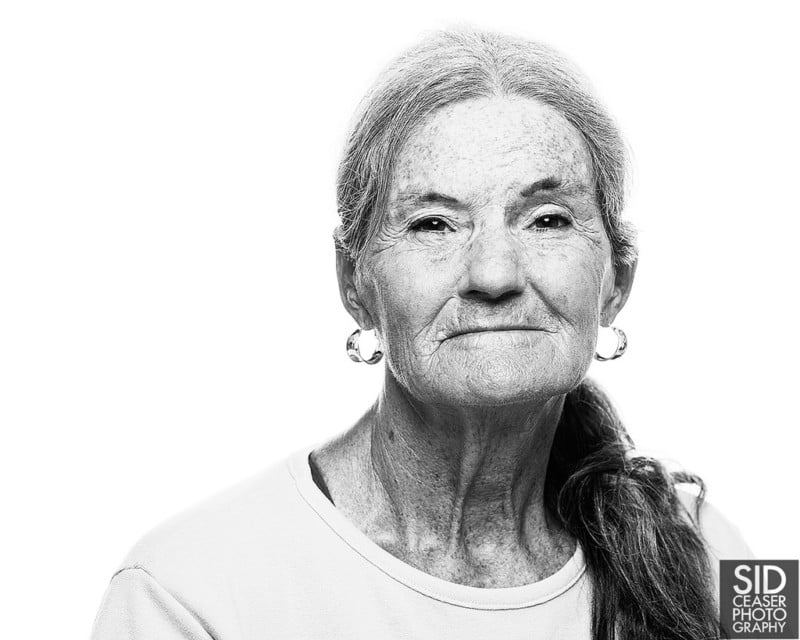 They came, they brought the dogs (because Heaven forbid I don‚Äôt take pictures of the dogs), and, surprisingly, they were good about it. It was pretty easy. They did it because I asked. They did it because they want to be around after they are gone. This is one small way to keep them with me. 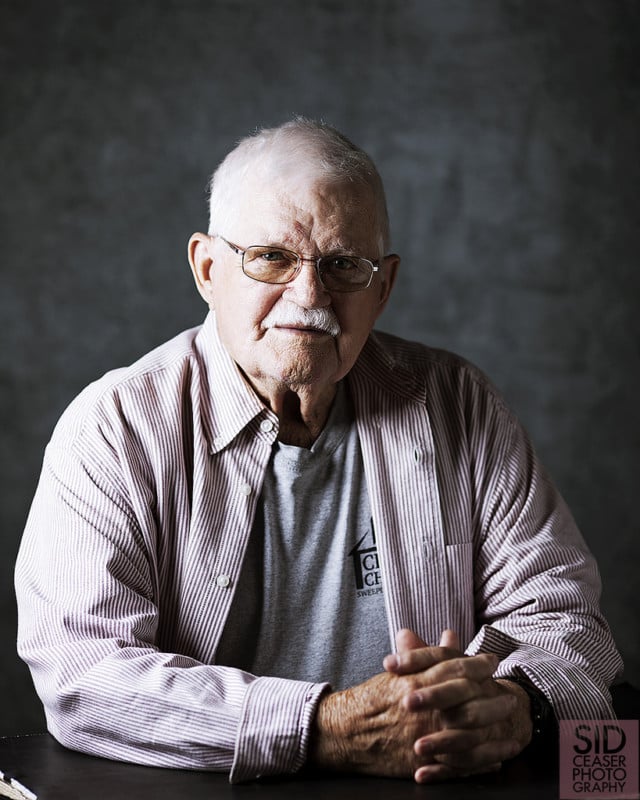 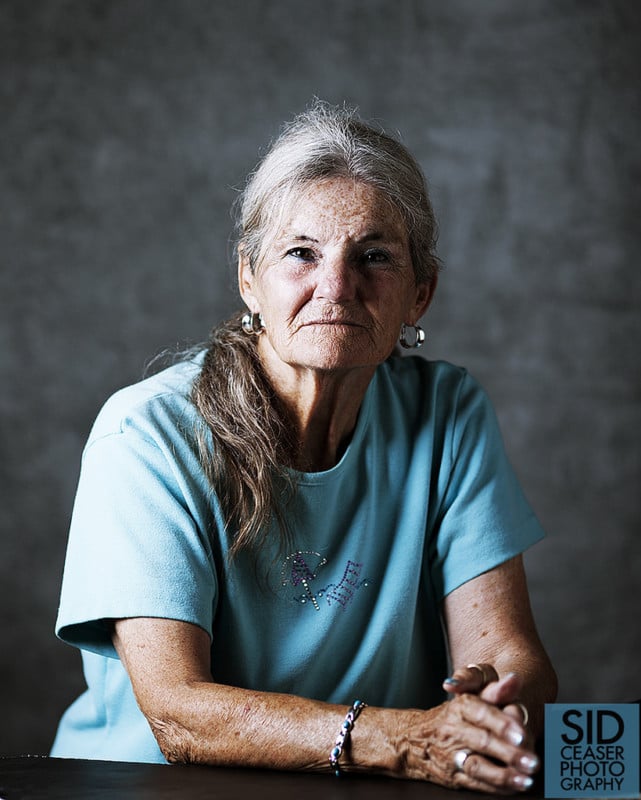 I took some individual shots, and I nabbed a few of them together (with the dogs of course), and even when I was just looking at the unprocessed proofs I was getting emotional. Because family. 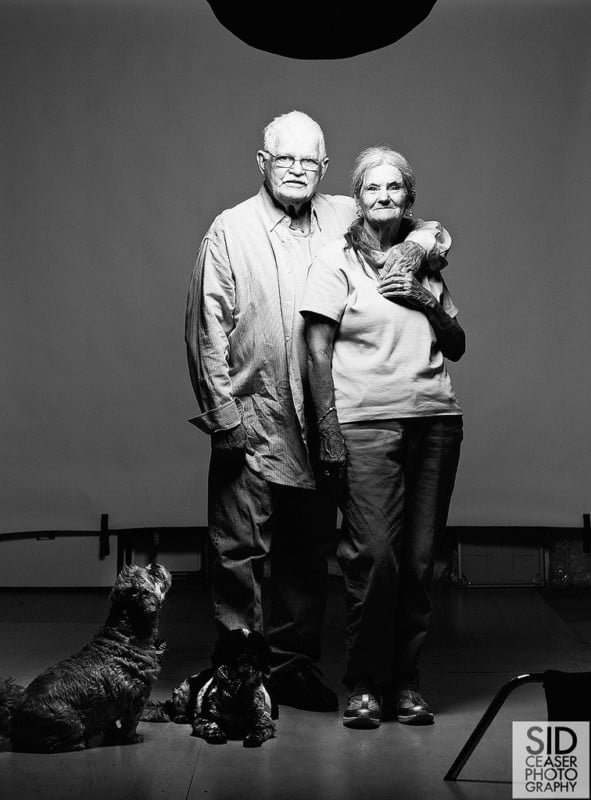 I‚Äôm making this a public service announcement to not only other photographers but to just anyone to please, please take the time and photograph your parents. If it gets put off for too long, the chance won‚Äôt be there any longer. You owe it to yourself, and while what I took won‚Äôt win any awards, they are some of the most important photographs I‚Äôve ever taken. Because when they are gone, this is what will be left to take solace in.

About the author: Sid Ceaser is a studio and location photographer based in Nashua, New Hampshire. He specializes in band and musician publicity, press kit and promo photos, as well as headshot photos for people in entertainment and business. In addition to shooting he also teaches workshops and runs a podcast with designer Dave Seah. You can connect with him through his website, blog, Facebook, Flickr, and Twitter.

« At scene where man died off Huey P. Long Bridge: ‘I just saw a guy jump’, witness recalls Kendall Jenner is allegedly in trouble after her Doberman bit a young girl. »