Even though you can teach a dog almost anything (if you have the know-how), despite our best efforts and countless trips to training classes, some dogs still struggle with simple commands such as â€˜sitâ€™ or â€˜stayâ€™.

The American Kennel Club (AKC) has revealed five of the most common training mistakes to avoid, which in turn could lead to bad habits. These missteps can impact whether you are successful or not at training them.

1. Not practising between classes

A once-a-week training class or session is not enough time to have your dog become well trained. Practising what you both learned in class when you are at home and out and about on walks, is particularly important.

The AKC says, “make sure you practice every day, but for brief stretches. Dogs have the mentality of a human toddler, and just like toddlers, their attention spans can be short. For most pups, youâ€™ll have better success with 5-to-10-minute sessions.” And donâ€™t forget to have the correct treats and supplies at home to allow you to do the necessary work. 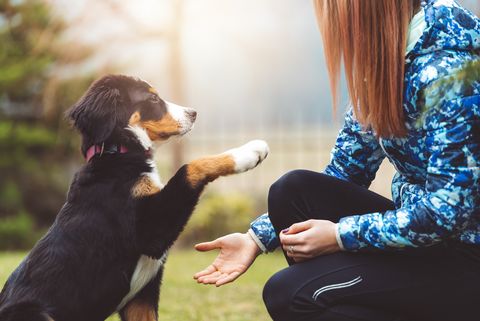 â€˜Cue naggingâ€™ is when owners repeat an instruction or command, such as â€˜downâ€™, â€˜sitâ€™ or â€˜roll overâ€™, over and over, even though their dog isnâ€™t listening. This is a negative action.

You may have said the word â€˜comeâ€™ and then when your dog doesnâ€™t obey, you keep saying it.

“Pretty soon, your dog doesn’t pay attention until youâ€™ve said the word five or six times. By repeating the cue, you’ve taught your pet that he doesnâ€™t have to respond right away â€” and your cue is now ‘come, come, come.’ Itâ€™s imperative to say the cue just once,” according to the AKC.

This leads on to our next training mistake. If your dog isnâ€™t picking up an instruction, you should try a different technique instead of trying the same thing over and over again and expecting a different result.

The AKC recommends, “if you keep trying the same method of training, but your dog isnâ€™t picking up on the cue â€” STOP! Evaluate your petâ€™s responses, and come up with a new plan.” 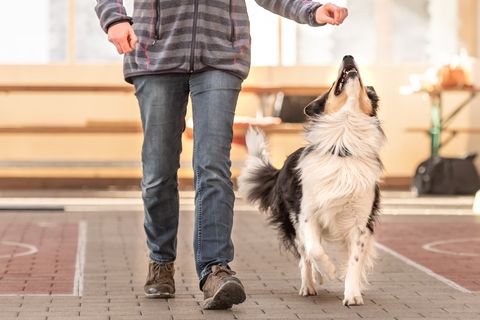 Using positive situations, rather than summoning your four-legged friend for something they dislike, such as a bath, is another top tip when teaching them cues.

So, take the bath as an example. If you call your dog and it comes and you then go on to bathe them, when you call them to ‘come’ the following day they may hesitate. Or maybe your pup doesnâ€™t come to your call at all. When you first start training, using a cue in relation to something that they donâ€™t like should be avoided as best as you can.

5. Training when you or your dog is frustrated

Even though you are instilling productive patterns for your dog, training should still be a fun bonding experience between pet and owner.

Attempting to train when either they or you are in a mood or feeling frustrated will be somewhat counterproductive and even leave them thinking that training is a negative activity.

This content is created and maintained by a third party, and imported onto this page to help users provide their email addresses. You may be able to find more information about this and similar content at piano.io