Socializing and training a fearful dog 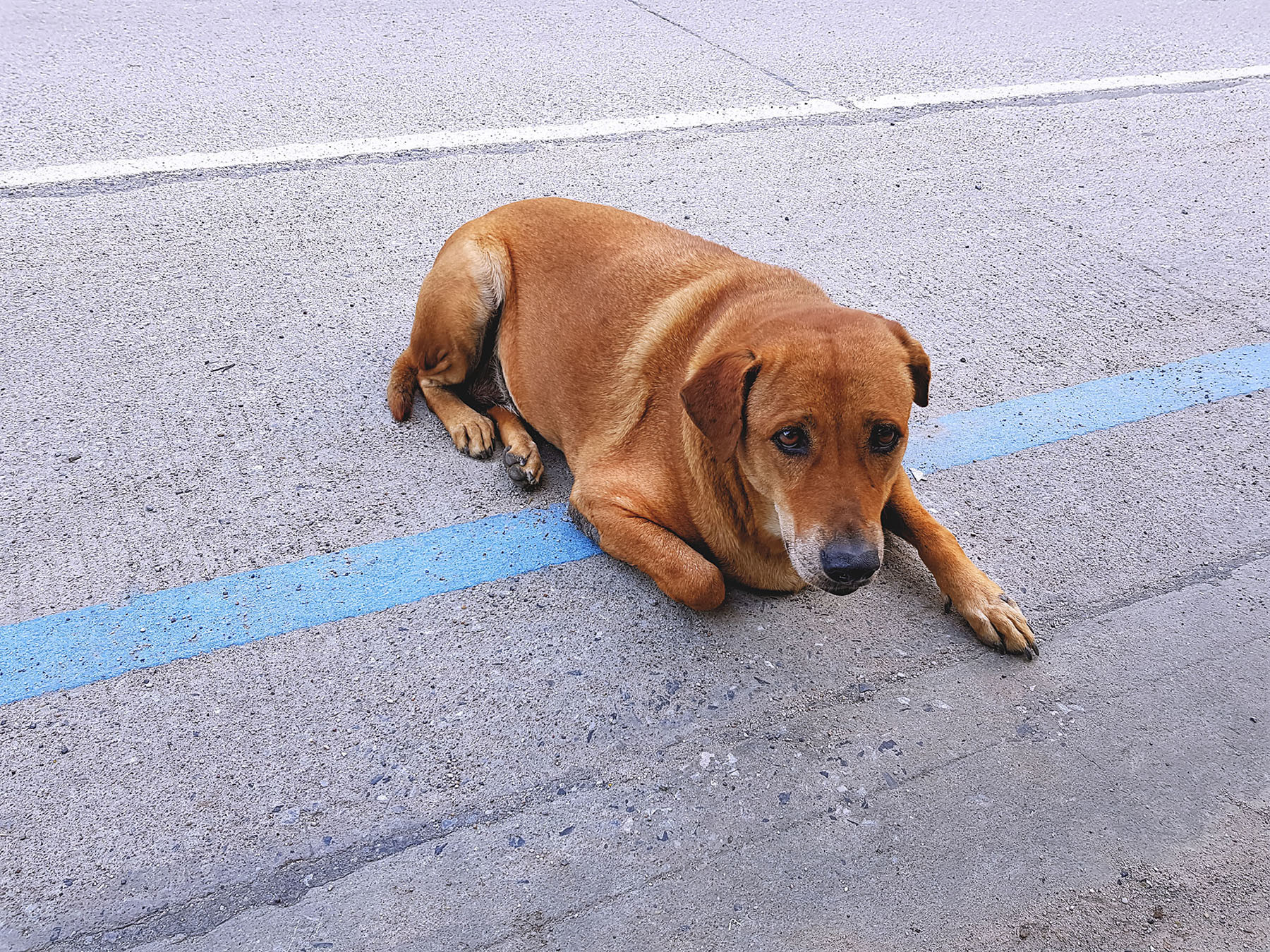 My dog, Major, is a rescue who was 18 weeks old when we got him and is almost two years old now. I fell in love with him in his cage huddled against the wall with his head up the wall. He is so sweet and gentle.

I have taken him to dog parks where he is allowed to be with other dogs, and he loves it. He gets so excited when he sees people, but as they approach, his tail goes between his legs, and he will back up and hide behind me or between my legs. Usually, I explain that he is a rescue and if they don’t go to him, he will slowly go to them and warm up. Some children understand this and, of course, some don’t. I have made two trips to Florida from New York with him. We stayed in hotels and my mom’s apartment as well as went to restaurants, the rehab facility, and her house. He did well. He loved mom immediately and always rested his head on her feet or lap. The walker and later oxygen tank didn’t bother him.

The problem is, he shies away from most people. I always feel so bad for him as he is so scared and wonder if there is anything else I can do that I haven’t thought about. I do know that he was most likely born in a kill shelter and rescued by a rescue group, transported from Tennessee to New York, but that’s all I know. — Lois, N. Babylon, NY

It’s always tough having a fearful dog. You never know where you can go or what you can do to help them feel more at ease in their world.

Much of a dog’s socialization period happens before he is six months old. If a dog learns to be afraid of something during that time, they might always be fearful. But through training, they can learn to tolerate situations better. So, my suggestion is to continue providing opportunities for Major to interact with people. Ask people to toss treats toward him, so he learns that being around people means good things for him.

You also can help Major relax by asking him to sit and stay when around people. Giving dogs a task to do takes up space in their brain, which can sometimes reduce their fear and anxiety. Another thing you can try is standing or positioning yourself between him and other people. That body language lets him know he doesn’t have to be on alert for you and that you will handle anyone approaching.

Remember, just like people, some dogs may not like certain people — or certain categories of people, like young children. If he is comfortable with seniors, it’s OK for them to be in his circle of friends.

In regard to the woman whose cat keeps her up all night, the only thing that worked for us was to put our cat to sleep in the basement every night. She had her food and toys down there and a nice ottoman to sleep on. She was fine until my husband woke her up around 5:30 a.m. Of course, this only works if you have a basement. Ours is 1/2 finished, but Sunny did not mind roaming around in the unfinished portion. She lived to be 21 and we still miss her. — Debra, Allentown, PA

Thanks for your suggestion about how to handle a cat that keeps you up all night. Some owners will put a noisy cat in another room at night, but if the cat can be heard, he or she can still keep you awake. Most cats don’t like closed doors and will scratch and meow until someone opens it.

As for the basement, as long as it was a safe place, she probably thought she was out on the “hunt” all evening, especially if she had toys she could play with on her own. Cats are nocturnal and love to stay active during the night.

If you want to keep cats within ear shot though, the good news is, they often settle down as they get older and learn the sleeping habits of their family. My five cats roamed during the night but slept with each family member at some point. So even if you have to put a noisy cat in another room at night, chances are they will quiet down as they mature, and they don’t have to always stay there.

(Cathy M. Rosenthal is a longtime animal advocate, author, columnist and pet expert who has more than 25 years in the animal welfare field. Send your pet questions, stories and tips to cathy@petpundit.com. Please include your name, city, and state. You can follow her @cathymrosenthal.)