Silly question #37: what’s the safest way to carry your dog in the car?

It’s a bad idea to let Fido roam free inside the car. Here are some safe solutions.

How much can we do to ensure pets’ safety when they ride in cars?

By “pets” we’re not talking goldfish or iguanas, right? Even cats really don’t get a look in. No, this is all about bark and ride.

Taking man’s best friend in your vehicle is fun for all. Ninety-seven per cent of respondents to a study released in America on March 23, National Puppy Day (who knew?), said they drive with their dogs. 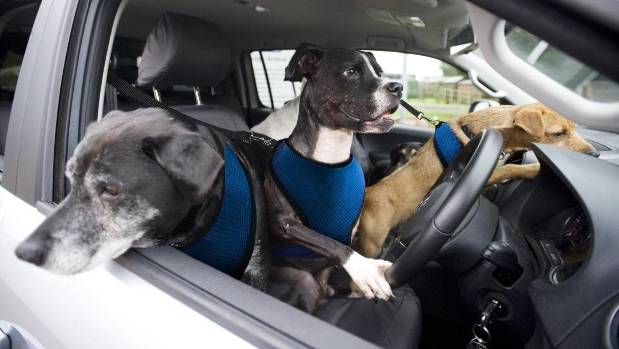 Cute, but in reality dogs should never be anywhere near the steering wheel.

However, this survey also raised key safety issues. Nearly half don’t own any safety driving gear for their pets and 41 per cent said they let their dogs ride up front. Nearly one-quarter said they buckled their dog into a standard seat belt. Just five per cent had a built-in safety system installed.

READ MORE:
* Watch: Nissan X-Trail SUV goes to the dogs
* Silly question: how do I back a trailer?
* How do I get that new-car smell?

New Zealand-accrued data gels with this. A pet poll conducted several years ago found nearly six in 10 people said they had driven with their dog in their car at least once a month and, yet, three out of 10 admitted to being distracted while driving, while one in five confessed to driving with a pet in their lap. 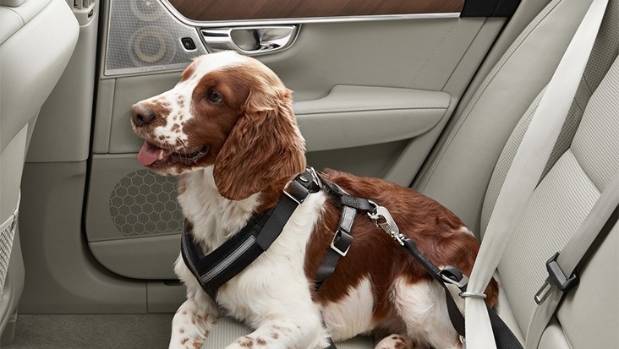 An unrestrained pet can become a deadly projectile in the event of a sudden stop or crash.

An unsecured, 11kg dog in a 50kmh crash becomes a 453kg mass flying uncontrollably inside the vehicle. At 60kmh an unrestrained 20kg dog being thrown onto you has the same impact as if it had fallen from a third floor. 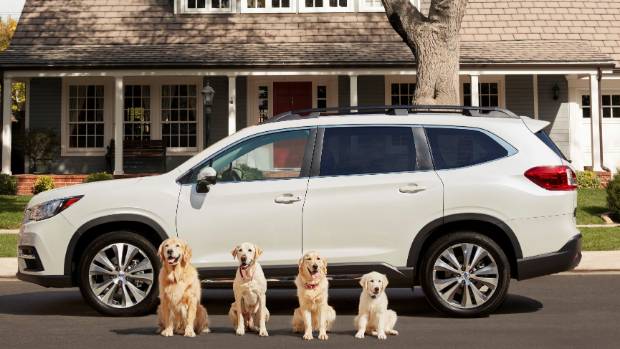 Some carmakers are really focused on pet safety, including Subaru (pictured) and Volvo.

And if your pet doesn’t collide with an object in the car, it could potentially be thrown from the car. There’s also the possibility that in the aftermath of the crash, an unrestrained pet could run off and become lost. Even if the pet isn’t seriously hurt from an impact, it might still suffer injuries from trying to stay standing during a hard stop or crash.

Don’t think car brands are uncaring on this issue. Good research has come from Volvo and Subaru. They’re closely associated with dogs in North America, the latter thanks to its use of the Barkley family of Labradors and golden retrievers in “dog tested, dog approved”Â advertising spots, plus their support for various animal welfare organisations.

Volvo has been making protective pet equipment for its vehicles for more than 20 years, whereas Subaru prefers to leave this to the aftermarket, though the Japanese brand made headlines in 2013 and again this March for studies it ran with the Centre for Pet Safety (CPS), a US non-profit working toward publishing a pet-harness standard. 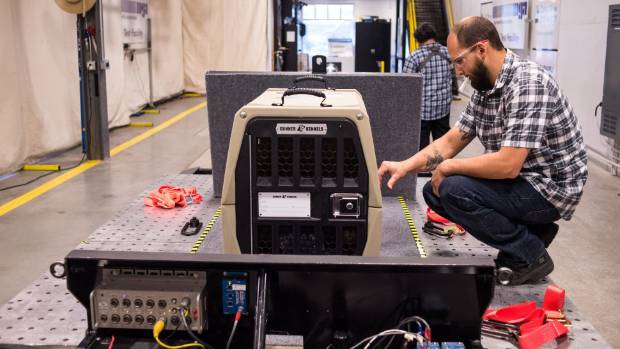 Yes, pet car-gear is tested for safety. This is the Center for Pet Safety (CPS) in the US.

The first was on the effectiveness of pet safety harnesses, applying the same crash tests used for child-safety products. No dogs were harmed. Only dummies rode in the car seat sled. The videos are nonetheless sobering. The second focused on the safest spots for dogs travelling in three-row SUVs (mid-row for small dogs, back for anything hefty).

A point carmakers feelÂ compelled to raise is about airbags. All agree these are designed to help humans, not pets.

It should be obvious that, at the very least, if a dog has to be within the general passenger zone, then it needs to be restrained: All human occupants of a car now have to be belted in, so why not a canine that might well weigh at least as much as a small child? 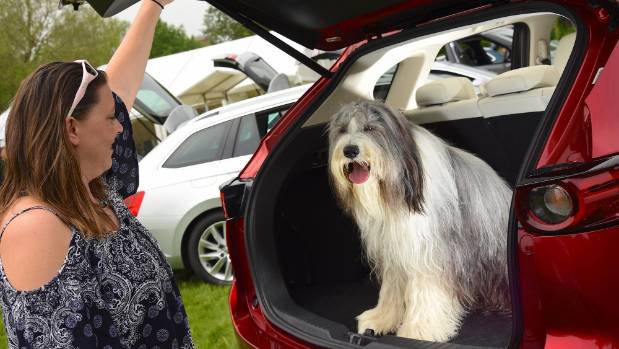 Nice for Fido to free-range, but in a crash an unrestrained dog can become a deadly projectile.

A carrier crate is a must-have for cats, which can be notoriously flighty, but is a good idea for dogs, too, not least small nervous types. Crates will keep your pet from being thrown out or having a hard, high-speed collision with parts of the interior. However, these need to be securely attached in the car to attachment points that will withstand a collision.

Restraints work, too. The most common are harness swivel-type systems which anchor to the existing seat belt and attach to a dog harness (never the collar). Basically, they’re seatbelts for pets. You can get seats for dogs, too.

What about a barrier? Volvo is almost alone in building dog barriers into its wagons, but there are many after-market kinds that fit most applicable vehicles (though it is ideal to use one that’s purpose-designed for your car and that securely attaches). Fit-in-five-minute jobs might fail to keep a pet contained and might even become a projectile itself if breaking loose.

Much of this gear now comes with crash ratings. Sadly, some have proven to be marketing piffle. US experts, however, swear by the CPS, which certifies products that meet their approval. The complete – and lamentably short – list is also viewable on the organisation’s website. It’s probable anything not immediately available in New Zealand could be shipped in.

If you’re in it for the long haul, then buying a car that suits not just your needs, but also those of your canine companionsÂ is obviously worth contemplating.

Placing Fido in a sports utility/crossover, hatchback or station wagon means you might have to put up with excitable noises and, erm, occasional odours, but these are clearly better for the job than sedans (no, honestly, putting your dog in the boot is neverÂ a good idea) and sports cars.

A utility works, too, providing it has at best a full canopy or, at least, a central restraint point for a short chain and, preferably, side guards. A dog hanging out its head to catch the slipstream off the cab might seem cool; but that opens up another real risk with potentially horrifying consequence, of an animal slipping off. Another consideration with utes is that high decks present a big leap of faith for a small dog.

Sensible is safe. While ace dog trainer Mark Vette a few years back was suchÂ a clever boy in showing that dogs can be taught the basics of driving, that was all just for fun, in wholly controlled circumstances.

In reality, they have no place anywhere near the wheel.