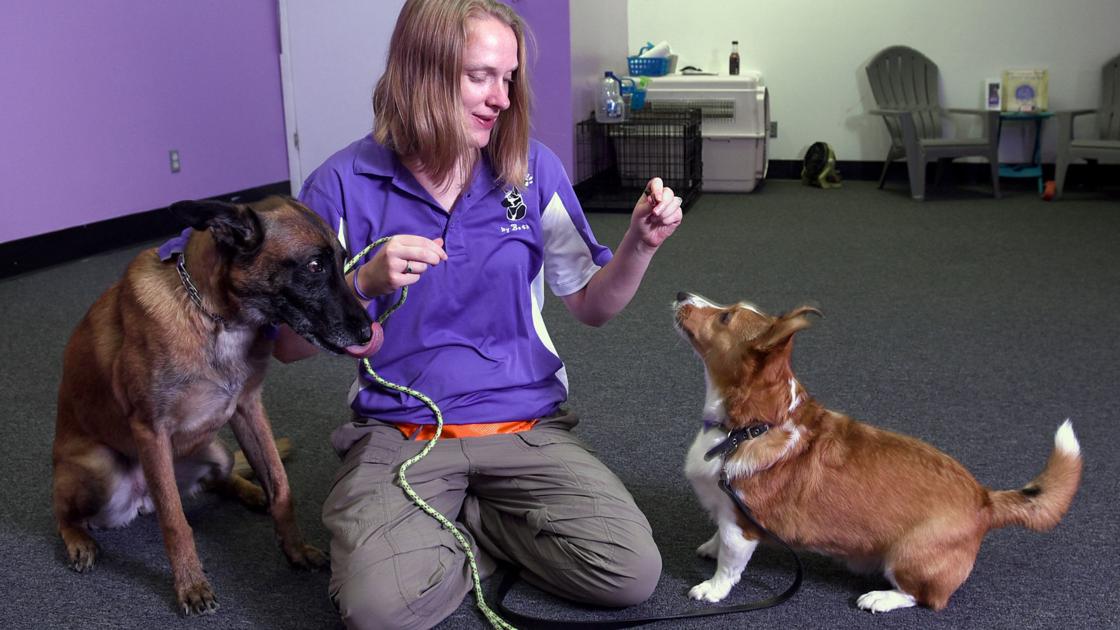 Beth Pysnack always knew she would work with animals.Â

A Broome County native, Pysnack joined the local 4-H Youth Program and began showing goats, chickens and horses at 5 years old. She continued interacting with animals through college. Then, in 2006, Pysnack moved to Auburn, where she ultimately decided to work with dogs.Â

Her decision stemmed from a dachshund named Jill. Pysnack said Jill, or Beaniedog, was her “heart dog” â€” the dog that solidified her interest in becoming a certified canine trainer.Â

In 2009, Pysnack enrolled in animal behavior school and joined Cayuga County Highland Search and Rescue, a team of people and K-9s that helps the local sheriff’s department and New York State Forest Rangers in the search for lost or missing people. She also began doing in-home canine training at people’s homes throughout the county.Â

“At that point I was training to be the team’s canine liaison and I was learning how to train my own dog and bringing those skills back to the team to train upcoming handlers as well,” she said, noting that she adopted her Belgian Malinois, Freya, in 2012. “Since then, every year, I’ve taken some sort of continuing education, mostly in canine detection … and I’ve done a lot of training seminars and workshops all over the country.”Â

On June 1, Pysnack opened BARK by BethÂ at Fingerlakes Mall in Aurelius. She said BARK is an acronym for Basic, Advanced and Reformed K-9, as she offers several levels of training.Â

“As you can imagine, gas prices didn’t help (in-home training) … and it seemed like a good idea to stay in one place and have people come to me,” she said. “It also helps facilitate group sessions, which I wanted to be able to do for socialization.”Â

For Pysnack, socialization has become part of her mission. She hopes to encourage more interactions among dogs and owners in order to establish a more comfortable environment for canines.Â

“We’re kind of in a plague this day and age of dogs attacking children or other dogs, and I really want to push for people to train their dogs so they can take them places and expect them to behave,” she said. “I think it’s a responsibility of the owners to make sure they set their dogs up for success.”

But it’s also the owners’ responsibility to continue the training at home, she said.Â

“I need an owner who is willing to do what it takes to work with their dog,” Pysnack said. “I’ve had clients throughout the years who I’ve literally taught the same lesson to every week, then others who are very advanced into their first lesson. … We really need responsible owners in society.”Â