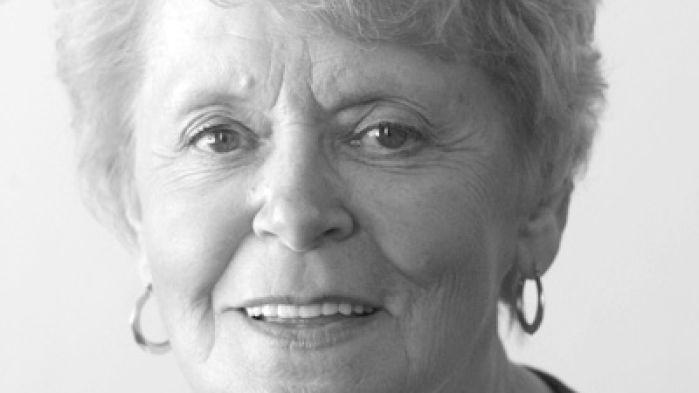 When our racist, misogynistic president called a black, highly paid former female employee ‚Äúthat dog,‚ÄĚ his sycophant (lap dog?) press secretary Sarah Sanders assured a gaggle of reporters that calling Omarosa Manigault Newman a dog was not racist, because he has called white men dogs. ‚ÄúHe‚Äôs an equal opportunity person who calls things as he sees them.‚ÄĚ Arf, arf, Sarah! And indeed, Donald has described white males as dogs: ‚Äúchoked like a dog‚ÄĚ Mitt Romney and ‚ÄúSweated like a dog‚ÄĚ Marco Rubio among them. Why dogs, though? Maybe because he compares anyone with two legs who criticizes him to four-legged dogs that he abhors for being ‚Äúgermy.‚ÄĚ (But I don‚Äôt think dogs sweat.)

David Livingstone Smith, a philosophy professor who studies dehumanization and racism, wrote a book on the subject, Less Than Human. He said ‚Äúdehumanizing rhetoric is used by leaders to elicit fear and solidarity against some perceived existential threat from ‚Äėothers.‚Äô Yet while dogs are considered dirty in some cultures, such as in the Middle East, they are popular in the United States as household pets and are considered loyal and adoring.‚ÄĚ Smith suggested that ‚Äúa more apt slur in America would be calling some one a rat or pig…‚ÄĚ

Perhaps the Donald read Professor Smith‚Äôs book, because dogs are not the only four-legged creatures that this bully leader of the free world uses to disdain people who don‚Äôt like him. He said in a presidential debate that it‚Äôs okay to call women ‚Äúfat pigs, dogs, slobs and disgusting animals.‚ÄĚ

And now we Americans have a RAT in our midst. Because John Dean testified in Congress to President Nixon‚Äôs impeachable offenses, he is a RAT, per a Trump tweet. Normally a term used by mobsters to qualify the use of a hit man, Washington‚Äôs don, Donald Trump, appears to believe that President Nixon‚Äôs lies were unjustly exposed by RAT Dean. (FYI, Donny: John Dean was the good guy, Nixon the bad guy.)

Could I accept and forgive one racist un-presidential remark that slipped out at a rally, or an early morning tweet before a caffeine fix of diet Coke kicks in? No. And I surely cannot excuse Trump‚Äôs history as a serial race monger going back to the 70s. He and his father used the code letter C (for colored) to identify rental applicants, and thereby deny them housing. In the 80s, he railed against five black teenage boys who were (wrongfully) convicted of raping a woman in Central Park and took out a full page ad in a New York paper calling for them to be executed. Even when they were found to be innocent and released from prison, he still accused them of the crime. He wouldn‚Äôt let it go, let alone apologize. Fast forward to 2011. He spent five years, as he laid groundwork for a presidential run, to publicly promote the outrageous birther theory that Barack Obama was not a U.S. citizen and therefore an illegitimate president. He kept this conspiracy theory alive, even after Obama produced a valid U.S. birth certificate. Although he finally acknowledged that his predecessor is indeed a U.S. citizen, he still privately considers Obama an imposter, according to a sitting senator who asked to not be named. And again, no apology.

Just this month, during these dog days of summer, he has attributed an outdated theory, debunked by social scientists, that black men and women have lower IQs than white men and women. Democrat congresswoman Maxine Waters, CNN anchor Don Lemon and superstar LeBron James are African Americans he has taunted as being low-IQ. To me it is, as missing-in-action Paul Ryan once described a racist remark about a Mexican American judge by his now-idol Donnie, the very definition of racism.

Get breaking stories sent to you as they develop

It seems nothing will stop his vile, hate-filled attacks on anyone who doesn‚Äôt agree with him. To put in terms his worshipers use to excuse his unhinged tweets: ‚ÄúIf someone says something bad about him, he‚Äôs going to fight back.‚ÄĚ His childish narcissism prevents him from applying the old adage, ‚ÄúSticks and stones can hurt my bones, but words can never hurt me‚ÄĚ to what should be considered the correct, lofty response of a sitting (or retired) president to criticism. But Donny‚Äôs motto is: Don‚Äôt ignore: attack!

That (attack) dog, Omarosa, titled her revealing tell-all book about Trump, ‚ÄúUnhinged‚ÄĚ for a reason, and maybe it was just to sell books. But I suspect most intelligent, sensible people would consider unhinged an apt adjective to describe our 45th president. Now Omarosa is not known for her credibility, it‚Äôs true. She was the ‚Äúbad guy‚ÄĚ on Trump‚Äôs Apprentice reality show and was fired three times, before she met the same fate from the occupier of the Oval Office. (Actually, cowardly Trump left the firing chore to his chief of staff.) But for the first 18 months of her stint at the White House, she was a star canine, a show dog, if you will, of the Trump Obedience School (not to be confused with Trump University). But alas, she was sent to the dog house for inappropriate expenditures and other less than nefarious reasons. One might now consider her a mad dog, barking to anyone who will listen about her mistreatment by her master. And yes, she is biting the hand that fed her $170,000 a year as the highest level (and only black) advisor. But would it not behoove the president of the greatest country in the world to represent the United States in the tradition of proper presidential deportment? It seems not to be.

There are so many positive adjectives to describe our country‚Äôs s most popular pets: friendly, fuzzy, cute. Then I think of our least popular president. And vicious, lying, mean-spirited, wife-cheating, narcissistic, racist are just a few words that come to mind to describe the unhinged dog in the White House. Dog days of summer, be gone!