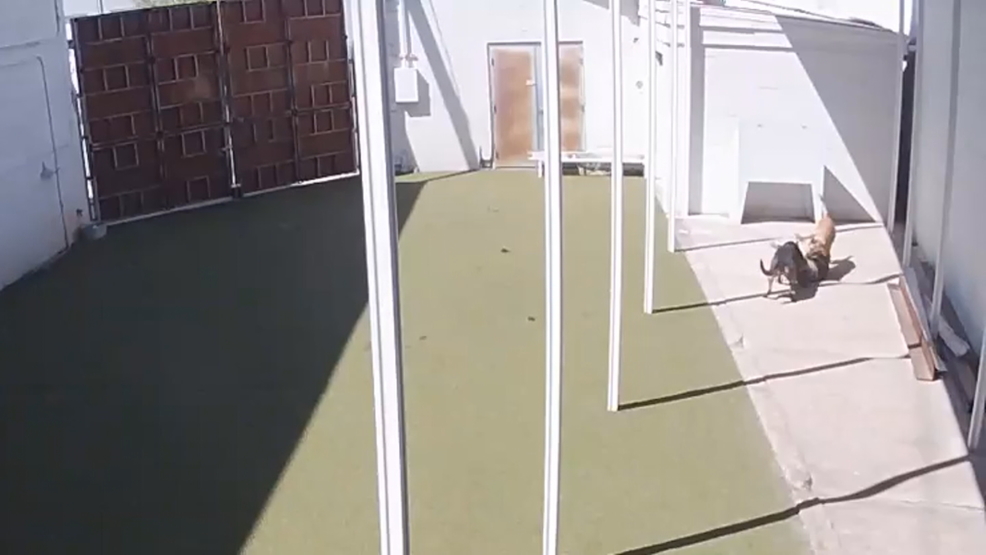 A Holladay family is speaking out about the loss of their beloved German Shepherd, Christa, mauled to death in a boarding kennel. Many of you know one of her owners, legendary coach of the Utes, Ron McBride. (Photo: Unleashed Dog Hotel)

**WARNING: Video may be disturbing to some viewers**

(KUTV) — A Holladay family is speaking out about the loss of their beloved German Shepherd, Christa, mauled to death in a boarding kennel.

Many of you know one of her owners, legendary coach of the Utes, Ron McBride. However, McBride has more on his mind – and in his heart – right now than college football.

Christa was around 10-years-old, described by her owners as the sweetest and smartest dog.

They were hosting a wedding at their house on May 1 of this year, so they decided to place Christa â€“ and their other two dogs â€“ in a boarding facility in late April.

They chose â€śUnleashed Dog Hotelâ€ť in Murray, as theyâ€™d used that facility once before.

On the day of the wedding, McBrideâ€™s son-in-law, Mark Redican, got a text from the owner of Unleashed, Billy Meadows.

That text, asked him to call Meadows. When he did, he says he was told by Meadows that there had been an accident at Unleashed and Christa was dead.

Redican tells 2 News, Christa was in an enclosure at the facility. She was left in there when two other dogs were introduced to the same pen.

According to Redican, when the owner of those dogs admitted his animals to the boarding facility, he explained that they were not social dogs, and shouldnâ€™t be mixed with others.

Surveillance video shows those dogs finding Christa in the enclosure and attacking her. She was then mauled to death.

The family is now trying to change the laws in Utah when it comes to pets. Theyâ€™re seen as â€śsimple propertyâ€ť but they say, you donâ€™t see your dog or cat the same way you view your kitchen table.

You form bonds with your pets and in their opinion, the law is uncaring. Similar laws have reportedly been altered in places like California.

The family also wants to add more oversight to boarding facilities saying that had the staff simply counted the dogs coming out of the closure, they would have known Christa was still in there.

We also reached out to the owner of Unleashed. In an email, he says:

We are heartbroken and grieve with the Redican family over the loss of their beloved Christa. While the circumstances leading up to the incident were unforeseeable and unexpected we are responsible for an irreparable loss. We are devastated by this incident but know our devastation pales in comparison to what Christaâ€™s family is going through. Our hearts go out to them and have recommitted to the task we have before us; atoning for the loss of Christa and better serving our current customers.

Meadows also outlined the following steps, which he says have been carried out at Unleashed following Christaâ€™s death:

â€˘ First, we closed off the crawl space where Christa hid herself. Dogs will no longer be able to enter spaces that are out of sight of supervision.

â€˘ Second, we have adjusted our daily play schedule to better balance and monitor play groups. Weâ€™ve added a nap-time (or a calming period) for all the dogs to help moderate the energy when they go out and play.

â€˘ Third, weâ€™ve created additional training for our entire staff that is being implemented. Part of this includes hourly head counts.

â€˘ Fourth, we have changed our policy on special dogs. Any dog with a history of dog aggression will no longer be able to stay with us.