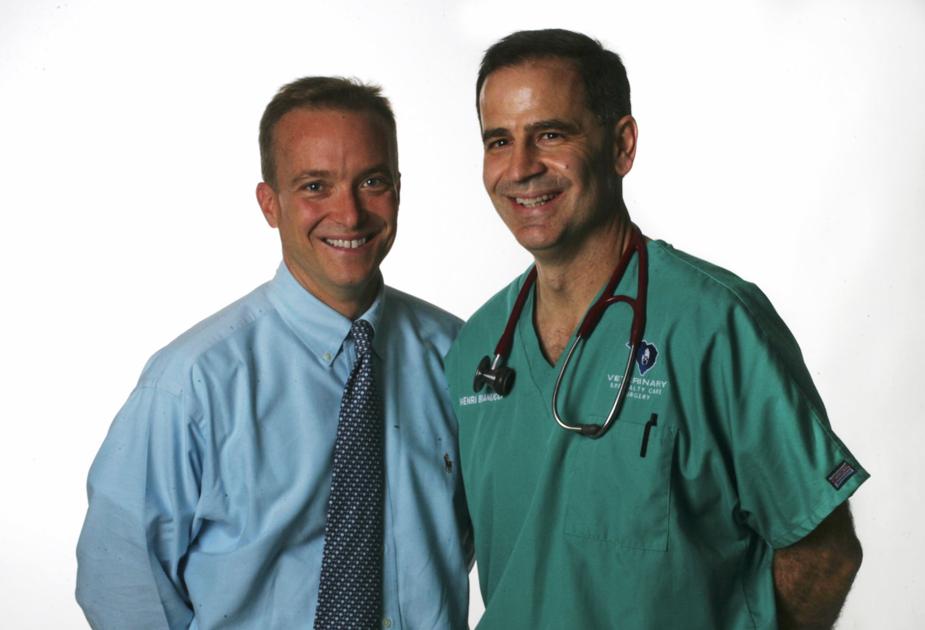 Q: I finally met the man of my dreams, moved to Arizona to be with him and his two dogs, one is a full pit bull (Bubs) and another a pit bull/pinscher mix (Bella). We got engaged and had a baby 8 weeks ago. We have had construction going on at the house, with strangers coming in and out.

Bella never had a problem until a worker showed up who is very nice but she didnâ€™t like him. She tried to jump on his back after growling and barking at him. I was holding my baby and had no control over her.

Recently, she attacked Bubs after I had given him a bath. Bella was suddenly on top of Bubs, who is slightly smaller than her.Â I screamed for my friend, who grabbed a mop and was hitting them so hard that she broke the handle. Nothing worked.

I saw blood and thought â€śthey are fighting to the death.â€ť I was scared Iâ€™d get bit. About one minute later it stopped. Iâ€™m scared it will happen again, especially, with a baby. I just donâ€™t want my son to get caught in the mix the next time. Please help!

A: I (Henri Bianucci) am a surgeon, not a dog trainer. I can tell you that the aggression Bella is showing is of two types. One is dominance and the other is territorial. There are a myriad of techniques described by professionals, which involve training and environmental management, that are intended to minimize this behavior.

But, hereâ€™s the thing: This is all far more of an art than a science. The dogs are not all the same, and neither are the people who are trying to train them. Certainly, these behaviors can be modified, and in some cases completely eliminated when the right training methods are properly applied.

Generally, environmental management such as controlling human traffic, fence partitions, etc., are a continued necessity. Ultimately, when the environmental controls have been enacted and the training is done, you have to trust that you have eliminated, not just minimized, the chance for a break in the system, because the stakes could include the life of your baby.

Between 2005 and 2017, more than 400 people were killed by dogs in the United States. Not exactly a pandemic, but thatâ€™s about one every nine days, so the danger is real. In 2017 alone, 39 dog-inflicted fatalities occurred, and family dogs inflicted nearly 75 percent of these. More than 20 percent occurred when someone new, such as a baby, or a dog was newly introduced to the household. Seventy-five percent of these were children under the age of 2. Furthermore, 65 percent of the dogs involved in fatal maulings were described as pit bulls.

These numbers represent a low relative risk when you consider the entire dog-owning public, but the fact is that a large dog can inflict an incredible amount of damage quickly on a human being, especially a child. Bella has proven a propensity for aggression, so at a minimum, no matter how well you think training is going, Bella can never get between you and your child, or any other child. They can never ever be alone together. Likewise for Bubs.Â

We recently fostered a pit bull mix from the age of about 6 weeks. She could not have been a sweeter dog. She was adopted by a family, which has 12 adopted children ranging from toddlers to teens. Like Bella, Brownie, inexplicably, targeted one of the other two dogs in the family. Given any opportunity, Brownie would launch brutal attacks.

One day, despite implementing major precautions, Brownie saw an opportunity and it was on. While trying to stop the brawl, the owner’s foot was accidentally bitten and badly damaged. Brownie was not trying to attack her, she was collateral damage. It became clear that despite her best efforts, it was just a matter of time until someone or some dog would be badly injured.

The solution came in the form of a young active couple with no plans for children or other dogs. They could manage Brownie and provide the attention she needed. Brownie was a great dog, but her behavior traits limited the range of environments to which she was suited.Â

Proper training, consistency and diligence can minimize the danger, but one can never be completely assured that training has resolved the issues or that mistakes in environmental controls wonâ€™t happen. Every situation is a little bit different, and it is up to you to estimate the threat.

It is not wrong to consider placing Bella in a different home without children and other dogs. This carries a stigma and a measure of guilt, but it is, in some cases, wholly appropriate and responsible.

If at all possible, I believe it is your responsibility to find the right spot for Bella where she will be safe, well cared for and not just tied up in a back yard. It should be some place where you can follow up and check on her progress. This problem should not be passed off on a local shelter, as they are overrun and cannot keep track of their adoptions the way you should.

This may be the only to assure that your home is a safe place for your child, and that Bella’s new home is safe for her.

« ‘Alaska’s version of Lassie’: Dog helps rescue injured hiker near Anchorage Grant Hochstein: â€śSkating has been more than just a sport; it has shaped me into who I am as a person.â€ť »