Dogs can benefitÂ in many ways from a good massage, but a Calgary doggy daycare owner says Canada needs to step up in the certification game.

“We have a lot of dogs that are fearful, that have ailments like arthritis, may just be very active and they need a little extra therapy to keep their health going for preventative maintenance,” Kim Kilback told CBC News.

But the owner of Central Bark Doggy Daycare says that unlike many U.S. jurisdictions, the service is largely unregulated in Canada. Kilback received her training in Portland, Ore.

“I want to see a canine therapist go through a course, like they do in the U.S., and it would be a certified practice, just the same as a registered massage therapist has to go through. It would give a lot of people peace of mind knowing this is an actual therapy that is needed in Canada, and needs to be regulated.” 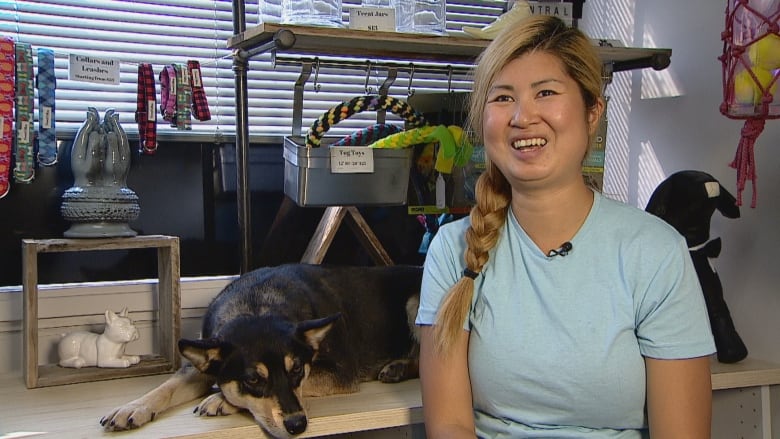 Kim Kilback, owner of Central Bark Doggy Daycare, says massage therapy for pets should be regulated in Canada, similar to how it’s treated in some U.S. jurisdictions. (Julie Debeljak/CBC)

“[It’s for] dogs that are fearful or have anxiety or stress or separation anxietyÂ when they leave home or are in a new environment like a dog daycare. On their first day, we give them a 30-minute dog massage,” she said.

“Separation anxiety? You can keepÂ the bond between you and your pet strong when you do massage therapy at home. Of course, it’s not a replacement for vet care, but it’s an addition to vet care. The options are endless.” 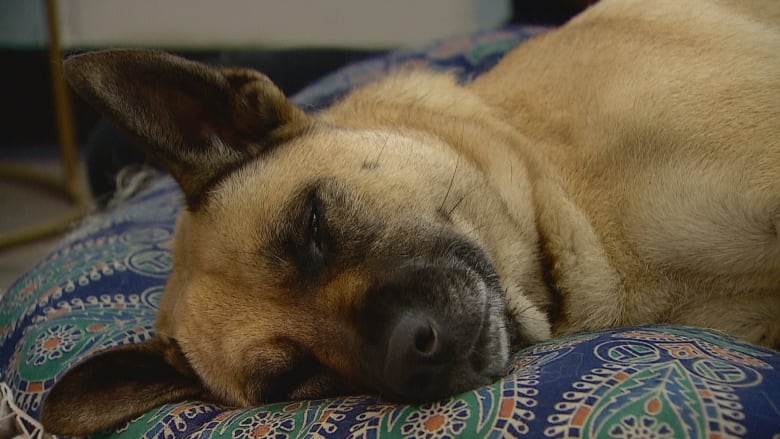 Many dogs are more active than their owners, Kilback said, making them suitable candidates.

“They do a lot more outside exercises than mostÂ of us do on a daily basis, so you can imagine what their muscles are going through, what kind of tensions they are having, what kind of stresses they have. And they don’t verbalize their thoughts, feelings and emotions like humans do.”

« Don’t give up on your crazy cat: How to get better behavior from your feline Training autism service dogs takes two years. But they’re not always allowed in public spaces »