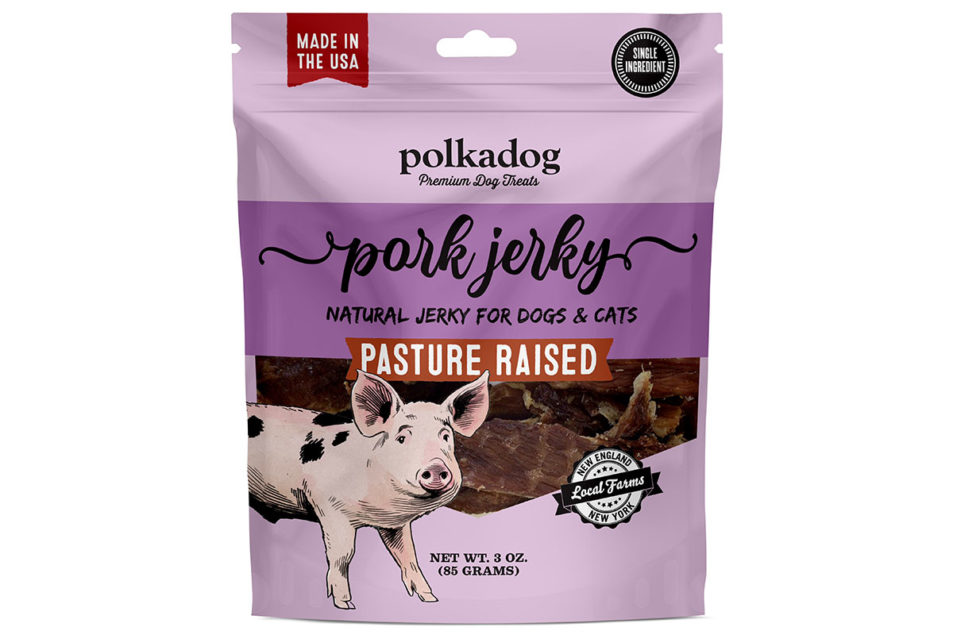 Founded originally as a single brick-and-mortar dog treat boutique, Polkadog has grown into an international pet treat business. The company operates a shipping facility, eight retail locations and an industrial kitchen throughout the Boston area. The company practices sustainable fishing and farming to reduce its impact on the environment.

â€śWe are really excited for this partnership with Polkadog,â€ť said Mike Leahy, head of brand and marketing for Walden Local Meat. â€śItâ€™s a fantastic way to create top-quality treats and help respect the entire animal our partner farmers raise. Truly a win for us all â€” furry friends included.â€ť

Walden Local Meat sells environmentally friendly meat products, partnering with small farms and environmentally focused companies like Polkadog. The company will sell Polkadogâ€™s new Pork Jerky treats at its brick-and-mortar location in Boston and will also sell the treat through its meat share program, which serves customers in the Northeast, from Maine to New Jersey.

The new Pork Jerky pet treat will debut at SuperZoo 2022 and will hit the market later this fall.

In conjunction with the new treat partnership, Polkadog has also revealed that it has expanded its operations. The company invested in a new drying room, which almost doubles their production capacity.

With the expansion, the company plans to increase its training treat portfolio with Wonder Nuggets Mini Tubes. The treats are specifically designed for training pets and will be available in Peanut Butter, Turkey and Cranberry, Beef and Sweet Potato, and Pork and Apple varieties.

â€śWeâ€™ve worked with small retailers across the country for two decades,â€ť Suchman said. â€śEach neighborhood has its own personality and its own needs, its own local flavor. Celebrating and supporting those differences is the key to strong, healthy communities.â€ť