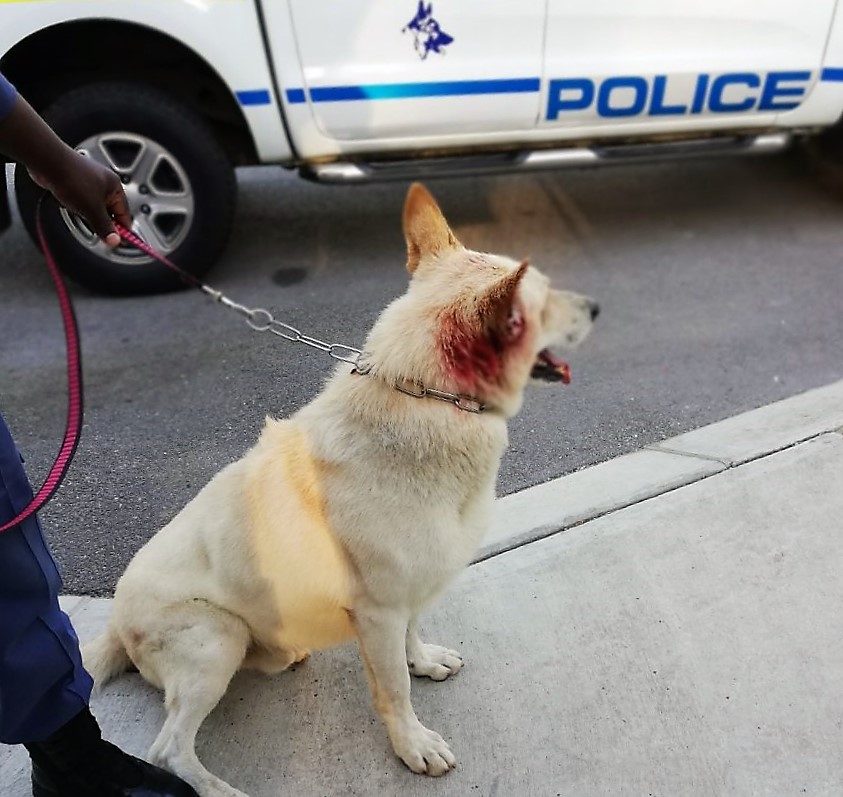 A Port Elizabeth police dog was stabbed while trying to tackle a suspected burglar at the William Moffett Expressway on Friday morning.

Max, 4, was stabbed several times in the head.

Police spokeswoman Colonel Priscilla Naidu said Max’s handler Constable Angelo Windvogel, 33, was patrolling the area with his K9 partner when he was alerted to two burglars jumping into people’s yards in the Walmer Downs area at about 2am.

â€śA security company called him (Windvogel) and asked for assistance as they had received calls and panic button activations of about two men attempting to break into houses in the Walmer Downs and Overbaakens area. The men were fleeing on foot, jumping into several yards in the area to evade arrest,â€ť she said. Â

Windvogel arrived in Overbaakens and started searching the bushes near Tavcor VW along the William Moffett Expressway.

â€śWhile searching, the two suspects jumped up and started running towards the Expressway. They both managed to cross over the Expressway from Overbaakens side towards Walmer Downs,â€ť Naidu said.

K9 Unit commander Lieutenant-Colonel Chris Marais said several warnings were yelled during the chase for the two men to stop.

â€śThey split into different directions and tried to run into the bushes. The dog was released and tackled one of the men. The suspect then fell to the ground and started hitting the dog on the head. Windvogel approached and then saw that the man was stabbing Max with a knife or screw driver.â€ť

Marais said two warning shots were fired and, during the stabbing, the dog released the suspect.

â€śMax was covered in blood. He was stabbed on the head and, it appears, inside his ear. We rushed him back to the unit in Forest Hill where our veterinary specialist and kennel manager was called in to assist,â€ť he said.

â€śWe tried to put bandages on his head and clean the wound.â€ť

The two suspects managed to escape during the pursuit.

By 7am, Max was taken to the vet for treatment.

â€śHe is being kept for observation at this stage. We are waiting to see the extent of his injuries but he appears to be in good spirit,â€ť Marais said.