PƒÅtea man loses everything, including dog, in intense house fire

A Patea couple have lost everything after their home burned to the ground.

A South Taranaki home owner has been left with the “shirt off his back” after an¬Ýintense fire destroyed his possessions, including his beloved pet foxy dog.

Firefighters fought to stop the flames spreading to houses on both sides of the Egmont St, PƒÅtea home.

The fire late on Sunday afternoon is believed to have started in the kitchen while the owner was in his workshop at the back of the house, PƒÅtea chief¬Ýfire officer Grant Hurley said.

“It was a very intense, massive blaze,” Hurley said.

“It caught on very fast and the¬Ýheat melted the guttering and blistered paintwork on the neighbouring houses.” 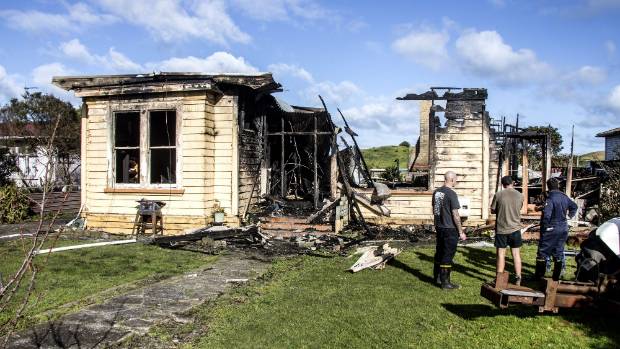 It took firefighters several hours to extinguish a fire that burned this house to the ground in PƒÅtea on Sunday.

Hurley said the owner, in his mid 50s,¬Ýwas in his workshop sharpening saws when he saw black smoke coming from the house.

“The ranchslider to the house was black and he couldn’t get inside.

“He tried to save his little dog who was inside the house¬Ýand barking but was unable to and the dog perished in the fire.

“He has lost everything¬Ýand he is left with just the shirt off his back.” 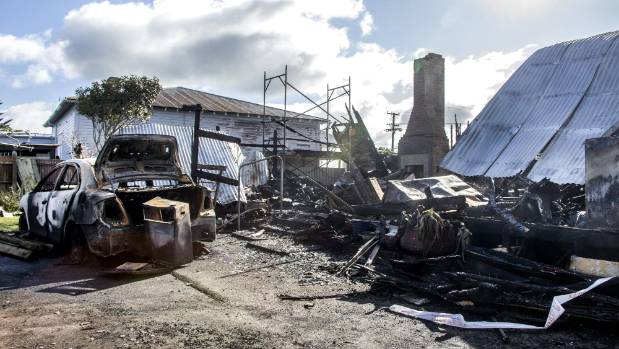 A car behind the house was also burned in the blaze.

Fire crews using four appliances from PƒÅtea, Waverley and HƒÅwera fought the blaze for four hours, while a New Plymouth crew helped dampen the down the site, Hurley said.

“We were very lucky to save the neighbouring houses which were very close to being caught up in the heat.”

The fire was being investigated¬Ýbut it was unrelated to the workshop, Hurley said. 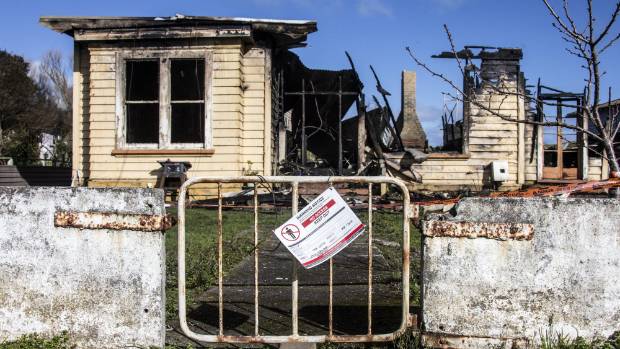 A safety sign on the gate of the PƒÅtea house razed by fire on Sunday afternoon.

A strong wind blowing from the north fanned the flames across the driveway to the neighbours’ house eight metres away, PƒÅtea deputy chief fire officer Nick Smith said.

Despite this, the flames also threatened the timber home on the upwind¬Ýside.

“We were really lucky not to have three houses on fire.¬Ý

“We¬Ýhad two¬Ýfirefighters¬Ýin breathing apparatus on the left hand side and one person on the¬Ýother side to prevent the fire taking hold on the other houses.” 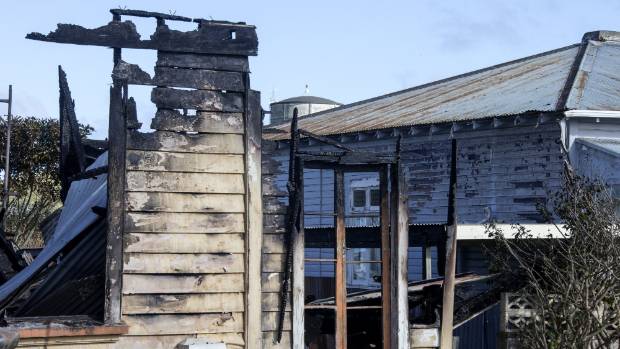 Blistered paint on a neighbouring house shows how close the fire got to spreading.

Passing traffic was managed by police with¬Ýsmoke making¬Ývisibility¬Ývery¬Ý¬Ýpoor and hoses being run from hydrants across the road.

He was on site on Monday interviewing the owner and fire fighters and studying the burned out house to determine the cause.

He said it was timely to remind people that ashes from fires could remain hot for up to five days and if people had not had their chimneys¬Ýswept at the beginning of winter or were burning wet wood or rubbish, they should have this done. 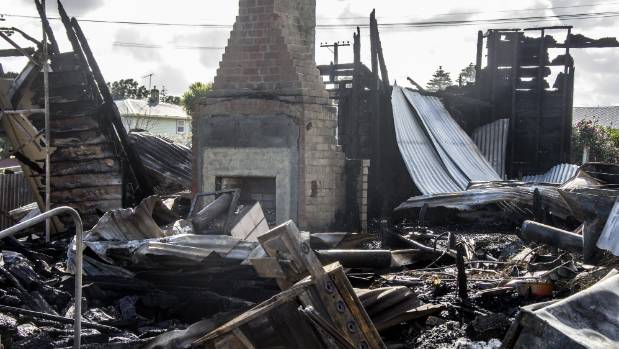 A chimney stands forlornly amid the rubble after the fire.

« Volunteers raise puppies, train them to be Canine Companions Tick bites: What does a tick bite look like? Terrifying signs you have lyme disease »