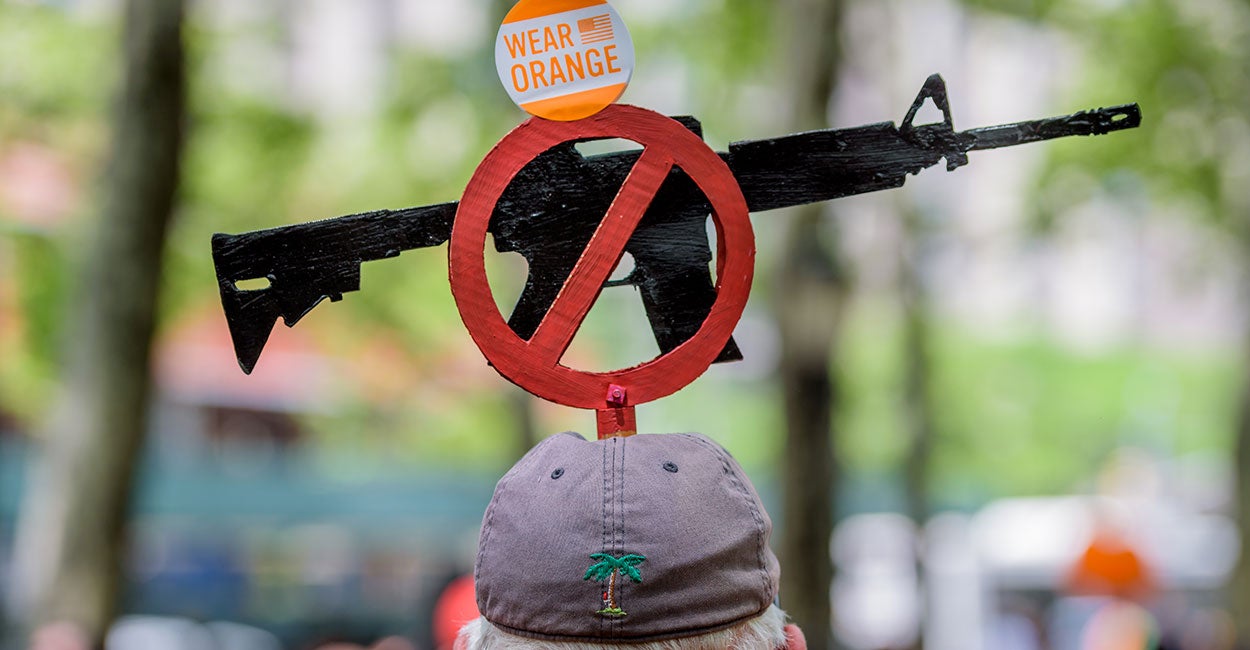 This is an excerpt from¬†‚Äú#Duped: How the Anti-gun Lobby Exploits the Parkland School Shooting-and How Gun Owners Can Fight Back‚ÄĚ.

How is it that so many kids raised on ‚ÄúHarry Potter‚ÄĚ, ‚ÄúThe Hunger Games‚ÄĚ, ‚ÄúStar Wars‚ÄĚ, and all the Marvel action figure movies manage to miss a critical point of the stories? The lesson being: If you want to prevail over evil villains, you must have the proper tools to fight back.

Millions of people protect themselves and their families with guns every day in the United States. They choose guns as a means of self-defense for the same reason the Secret Service uses them to protect the president: guns stop bad people from doing bad things to good people.

It‚Äôs absurd to speak about the right of self-defense in theory but then deny people the tools they need to exercise that right.

Without a gun, most Americans are defenseless at the hands of a violent criminal. How many of us have training in hand-to-hand fighting, the physical strength, and the mental resilience to react in a fight-or-flight situation to repel an aggressive predator, especially someone who attacks us first and is armed with a deadly weapon?

Does a gun guarantee your safety? No, but it gives you the ability to defend yourself against an armed, physically superior, or mentally unstable attacker (or all three).

The gun grabbers are convinced that if we shut down the National Rifle Association and take away guns from law-abiding gun owners, then bad people will no longer have the tools to do bad things.

A gun is a tool, plain and simple. You should own a gun for the same reason you install smoke and carbon monoxide detectors, purchase fire extinguishers, and buckle your seat belt. An ounce of prevention is worth a pound of cure.

Smart people are prepared. Foolish people bring a knife‚ÄĒor nothing at all‚ÄĒto a gunfight.

There is an old saying in the world of investing: ‚ÄúDo what the smart money does.‚ÄĚ This means that when you personally invest, it makes sense to buy and sell the same investments as the ‚Äúsmart money‚ÄĚ people‚ÄĒlarge banks, institutional investors, hedge funds, and investment gurus like Warren Buffett. The idea is that these industry leaders have a better understanding of the marketplace and better access to information than ordinary investors do. And that is usually true.

What do the ‚Äúsmart money‚ÄĚ people do when it comes to protecting lives?

Virtually all professionals carry guns‚ÄĒand lots of them. Federal, state, and local law enforcement agencies charged with protecting the streets you walk on all carry guns. The Secret Service protects the president with guns. The federal Department of Homeland Security, with its $44¬†billion annual budget, issues its own agents handguns and fully automatic rifles (rifles far more powerful than the AR-15s many gun grabbers don‚Äôt want you to have to protect yourself).

So, the smart money in the business of protecting lives chooses guns. That‚Äôs right. They choose guns!

Guns Are Often Used for Defense

But if you don‚Äôt want to follow the smart money on guns, then let‚Äôs turn to the statistical scoreboard. Does civilian gun use help in self-defense against criminals?

The U.S. Department of Justice investigated firearm violence from 1993 through 2011. The report found, ‚ÄúIn 2007‚Äď2011, about 1 percent of nonfatal violent crime victims used a firearm in self-defense.‚ÄĚ Anti-gun zealots attempt to use this statistic to discredit the use of a gun as a viable means of self-defense, and by extension, to discredit gun ownership in general.

But look deeper into the numbers. During that five-year period, the Department of Justice confirmed a total of 338,700 defensive gun uses in both violent attacks and property crimes where a victim was involved. That equals an average of 67,740 defensive gun uses every year. In other words, according to the Justice Department‚Äôs own statistics, 67,740 people a year don‚Äôt become victims because they own a gun. (I suspect that if more states allowed concealed carry to be widespread, the number of instances of defensive gun uses would be even higher.)

Is it significant that at least 67,740 individuals use a gun in self-defense each year? Well, in 2016, 37,461 people died in motor vehicle accidents in the United States; in 2015, the number was 35,092 people. Mark Rosekind, administrator of the National Highway Transportation and Safety Administration (NHTSA), called those road fatalities ‚Äúan immediate crisis.‚ÄĚ If the NHTSA administrator considers it a crisis that approximately 37,000 people are dying annually from car accidents, then saving nearly twice that many people each year through the use of firearms is simply stunning.

In reality, the Department of Justice findings about defensive gun uses are very conservative. A 2013 study ordered by the Centers for Disease Control and Prevention (CDC) and conducted by the Institute of Medicine and the National Research Council found that ‚ÄúDefensive use of guns by crime victims is a common occurrence‚Ä¶. Almost all national survey estimates indicate that defensive gun uses by victims are at least as common as offensive uses by criminals, with estimates of annual uses ranging from about 500,000 to more than 3 million . . . in the context of about 300,000 violent crimes involving firearms in 2008‚Ä¶. On the other hand, some scholars point to a radically lower estimate of only 108,000 annual defensive uses based on the National Crime Victimization Survey‚Ä¶.‚ÄĚ

The most comprehensive study ever conducted about defensive gun use in the United States was a 1995 survey published by criminologist Gary Kleck in the Journal of Criminal Law and Criminology. This study reported between 2.1 and 2.5¬†million defensive gun uses every year.

Ultimately, the number of defensive gun uses doesn‚Äôt matter much to the anti-gun zealots. Whether the number is 67,000 or 2.5¬†million or anywhere in between, they‚Äôll do whatever they can to dismiss defensive gun uses as insignificant. They want to focus only on the dead people lying in the street rather than those folks who use a firearm to remain standing.

I suspect those people still alive would have a different view.

« 17 dogs set sail on Okanagan Lake Shake, rattle and roll over: From basic obedience to specialized training, your dog can learn it all. »