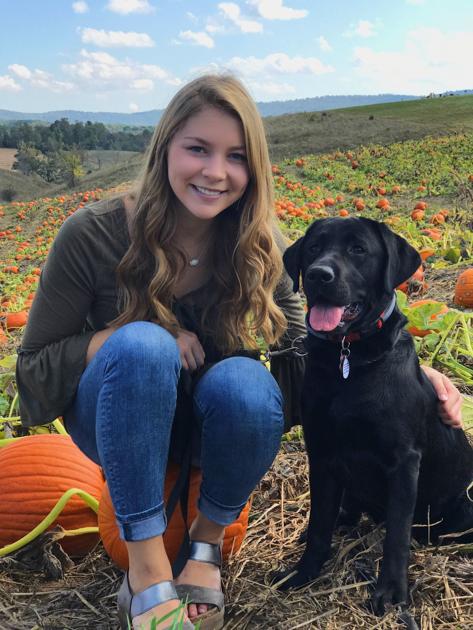 CHRISTIANSBURG¬†‚ÄĒ A Madison County service dog company took advantage of a Virginia Tech student who volunteered to raise one of its puppies, and it must pay her expenses for dog food, vet bills ‚ÄĒ and legal defense, a Montgomery County judge ruled Wednesday.

‚ÄúI know you‚Äôre heartbroken by this, but they‚Äôre the owner of the dog,‚ÄĚ Duncan said.

Burch was sued after she refused to return Lesley to Service Dogs by Warren Retrievers, a company that is itself being sued by the commonwealth for what the attorney general has called dishonest business practices. Burch filed a counterclaim seeking to keep the dog and recoup her costs.

Duncan ordered that Burch give Lesley ‚ÄĒ whose value the company claimed is $25,000 ‚ÄĒ back to SDWR, as the company is known. But SDWR has to pay Burch the $1,356 that she spent on Lesley‚Äôs care, Duncan said, plus $7,400 to pay the bill for her attorneys, Chris Tuck of Blacksburg and Charles Fulton of Arlington.

The judge said he would not award any of the $10,600 that SDWR requested toward its attorney fees and scolded the company for its treatment of Burch.

‚ÄúFor lack of a more artful term, she was bamboozled,‚ÄĚ Duncan said.

Tuck said after the trial that he respected Duncan‚Äôs ruling but planned to file an appeal in Montgomery County Circuit Court. Burch will keep Lesley while the case proceeds, Tuck said.

Burch shared tears and hugs with supporters after the hearing. She declined to comment on the case.

According to testimony and court filings, SDWR approached Tech students about volunteering as puppy raisers. In September 2017, Burch agreed to take a young service dog-in-training. Lesley would accompany Burch, a junior majoring in criminology, to classes and other public outings. Burch would bring the dog to training sessions SDWR held.

And Burch would feed Lesley with high-quality dog food, see that she received heart medication and other veterinary treatment, and generally enforce a set of dog behavior rules that included no playing while wearing a service vest, no standing up to see what was on counters, and absolutely no visits to dog parks.

The contract that Burch signed said that she would be liable for $25,000 if Lesley was injured.

It also contained a provision that SDWR would provide dog food if a puppy raiser was a college student.

But Tanner Price, a former SDWR puppy raiser, and for a time the company‚Äôs agent for the New River Valley, testified that in the summer of 2017, before Burch was given a contract, the company decided to stop giving dog food to its college student volunteers.

Burch said that after she signed the contract with SDWR, Price told her there would be no more free dog food.

And the company declined to authorize most vet visits except to a vet in Madison, Price said.

Burch testified that Madison was too far to go and still keep up with her classes, so she took Lesley to a local vet and paid the bills herself. Lesley had a lot of ear infections, Burch said.

Burch said she missed the only two service dog training sessions that SDWR scheduled ‚ÄĒ a November event was set for Friday instead of Saturday and conflicted with her classes, Burch testified, and bad weather arrived before a March session and the company told puppy raisers not to come if they felt roads were unsafe.

There was conflicting testimony about how well Burch kept up with two other puppy raiser requirements. She completed some but not all of the twice-monthly online reports about Lesley, both sides agreed, and did not always post on Facebook twice each week about the dog.

Duncan said both parties had breached the puppy raiser contract.

Burch said that the issues with dog food, vet bills and lack of service dog training had raised flags, but her decision to try to keep Lesley came after Virginia Attorney General Mark Herring filed a civil lawsuit against SDWR and its CEO, Charles Warren.

In a lawsuit filed in Madison County Circuit Court, the commonwealth alleged violations of the Virginia Consumer Protection Act and laws regulating the solicitation of contributions. SDWR was accused of charging customers $18,000 to $27,000 for dogs that could not carry out jobs like sniffing dangerous blood sugar levels in diabetic patients.

The commonwealth also accused SDWR of failing to register properly to seek contributions and Warren of falsely claiming to be a military veteran, among other allegations.

Tuck said that Burch ‚Äúdoes not want to be part of someone who is exploiting handicapped people ‚Ä¶ She doesn‚Äôt want to be a co-conspirator with them.‚ÄĚ

In their counterclaim, Tuck and Fulton argued SDWR‚Äôs contract was invalid because it asked Burch to break state law by taking Lesley to places where only more qualified service dog trainers can take their animals.

Attorney Mark Paullin of Richmond protested that Tuck was conducting a courtroom ‚Äúsmear campaign‚ÄĚ against SDWR.

Duncan said he agreed that many of the issues were beside the point. The judge limited or blocked the testimony of a string of Tuck‚Äôs witnesses, including a dog trainer who said Lesley was unsuitable to be a service dog; the breeder, Debra Fine, who sold Lesley to the company ‚ÄĒ without any sort of selection testing, she said; and other puppy raisers who‚Äôd had bad experiences.

Duncan said that his decision would center on ownership and equity.