Lourdes Gurriel Jr. showing he can be key part of Blue Jays’ rebuild 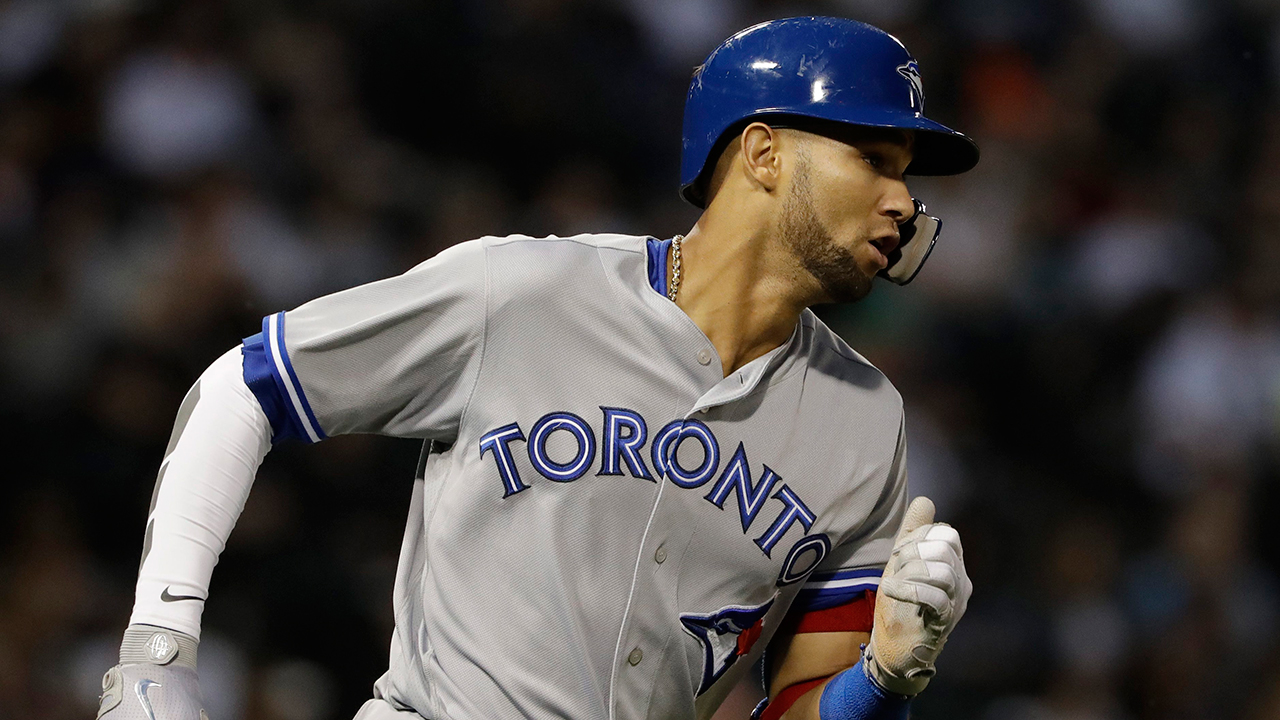 CHICAGO ‚ÄĒ Thursday‚Äôs trade of staff ace J.A. Happ, the latest maneuver in the Toronto Blue Jays‚Äė continued sell-off of short-term assets ahead of Tuesday‚Äôs non-waiver trade deadline, was not the categorical closing of the club‚Äôs most recent competitive window. That‚Äôs been shut for some time. The only thing up for debate is exactly when it happened.

Optimists will say it closed a couple months ago, right around mid-May, when the Blue Jays squandered a strong start to the season, falling below .500 while the New York Yankees and Boston Red Sox surged to the top of the American League East.

Cynics, meanwhile, will tell you the window closed before the season even began. That when the club‚Äôs back-to-back ALCS runs were followed up by a disastrous 2017 campaign, the writing was on the wall. As with all things, it‚Äôs a matter of perspective.

For those who prefer to look forward, what‚Äôs clear today is that the Blue Jays must spend the final two months of 2018 determining which players could be a part of the club‚Äôs next period of contention. And with each passing game, each multi-hit performance, and each triple-digit exit velocity, Lourdes Gurriel Jr. is making a loud statement that he can be a foundational part of it.

‚ÄúHe‚Äôs unbelievable. He‚Äôs extremely hot. He‚Äôs raking. He‚Äôs on every pitch. He‚Äôs young, but he‚Äôs a professional hitter and he knows what he‚Äôs doing in the box,‚ÄĚ Blue Jays starter Marcus Stroman said of the Cuban infielder, after the Blue Jays took down the Chicago White Sox, 10-5. ‚ÄúIt‚Äôs exciting to see. I think he‚Äôs going to be a mainstay name for a long time in Toronto.‚ÄĚ

And, as if trying to prove he‚Äôs capable of more than just ambush home runs, Gurriel came up later in the game, and fought his way through a 12-pitch plate appearance against White Sox reliever Hector Santiago which resulted in a ringing double to left-centre field. Gurriel fouled off six straight pitches after working the count full, before turning around an 83-m.p.h. change-up at 99-m.p.h. off his bat.

An example of that advanced approach Stroman was talking about? Gurriel was actually looking to hit that change-up throughout the at-bat after a dugout discussion with Kendrys Morales, who predicted Santiago would be trying to set up the off-speed pitch. It only took a dozen offerings to get to it.

‚ÄúI was just thinking to stay through the field, think about the big part of the field,‚ÄĚ Gurriel said. ‚ÄúAnd he threw me the change-up, a pitch I could hit. And I connected real well.‚ÄĚ

For Gurriel, it was the latest example of the exceptional bat speed and raw power the 24-year-old features at the plate. All four balls he hit Friday came off his bat at 95-m.p.h. or higher. Of his 105 batted ball events this season, 48.6 per cent have been hit that hard. That puts him among the top 21 players in baseball, and has him ahead of some exceptional names such as Shohei Otani (48.2), Ronald Acuna (47.3), and even the best player on the planet, Mike Trout (45.9).

#BlueJays Lourdes Gurriel Jr. is the first rookie with 9 straight multi-hit games since Rennie Stennett of the Pirates in 1971

Yeah, the kid hits the ball awfully hard. It‚Äôs why the Blue Jays will live with his aggressive plate approach for now, while encouraging refinement. Gurriel saw only 12 pitches across his first four plate appearances Friday. And while the Blue Jays will never complain with the result of two first-pitch homers, they certainly wouldn‚Äôt mind if Gurriel‚Äôs process involved a longer plate appearance.

Gurriel‚Äôs certainly capable of it, as demonstrated prior to his eighth-inning double. He just needs to do it more consistently.

‚ÄúI‚Äôm ready for every pitch,‚ÄĚ Gurriel said. ‚ÄúWhen you go out there, you have to be ready for any pitch ‚ÄĒ first pitch, second pitch, whatever pitch comes.‚ÄĚ

Gurriel toiled in the minors for more than a month after that brief audition. In the 15 games since his return, he‚Äôs made an emphatic statement that the Blue Jays didn‚Äôt give him enough rope.

‚ÄúI thought he was good that first go-round. I think he just got to the point where he got a little frustrated, got too aggressive,‚ÄĚ said Blue Jays manager John Gibbons. ‚ÄúBut he‚Äôs obviously on a pretty nice roll right now. He can hit.‚ÄĚ

Of course, there is still work to be done defensively, along with those plate approach improvements to be made. And killjoys will point to Gurriel‚Äôs .347 batting average on balls in play as evidence he‚Äôs been lucky. But when you hit the ball as hard as Gurriel does ‚ÄĒ and run as well as he does, with a StatCast Sprint Speed of 28.4, the second-highest on the Blue Jays ‚ÄĒ you‚Äôre going to create your own good luck.

In only the second season of the seven-year, $22-million contract he signed as an international free agent in November of 2016, Gurriel is positioned to be an integral part of the next contending Blue Jays team. Whenever that window may reopen.

It wasn‚Äôt only Gurriel shooting rockets around the south side of Chicago Friday night, as the Blue Jays clubbed five home runs over the first five innings. Toronto‚Äôs hitters were all over White Sox starter Reynaldo Lopez from the jump, as Curtis Granderson and Gurriel hit back-to-back home runs to lead off the ballgame.

Granderson jumped on a 1-0 fastball on the plate, before Gurriel pulled his hands in to ambush the very next pitch, a fastball down and in. And neither shot was cheap, as Granderson‚Äôs travelled 413-feet to right and Gurriel‚Äôs went 369 to left.

Toronto‚Äôs offensive success continued in the second, as Russell Martin‚Äôs leadoff walk came in on another bomb, this time off the bat of Randal Grichuk who drove a full count fastball 416-feet over the wall in dead centre field. Granderson walked a batter later before scoring on a Justin Smoak double. In all, the Blue Jays put six balls in play with exit velocity of 105-mph or higher in the first three innings alone.

Gurriel hit his second shot off Lopez in the fourth, before Morales led off the fifth with a 400-foot shot to right.In all, the Blue Jays hit eight balls off Lopez with exit velocities north of 105-m.p.h.

Stroman, meanwhile, turned in his second strong outing in a row, and the third in his last four starts. He allowed two runs on seven hits over 6.2 innings, lowering his season ERA to 5.20 and his FIP to 4.04.

Stroman leaned heavily on his two-seamer and slider over his 106 pitches (68 strikes) Friday, earning 13 groundballs in the process, a hallmark sign he was locating his sinker the way he wanted to.