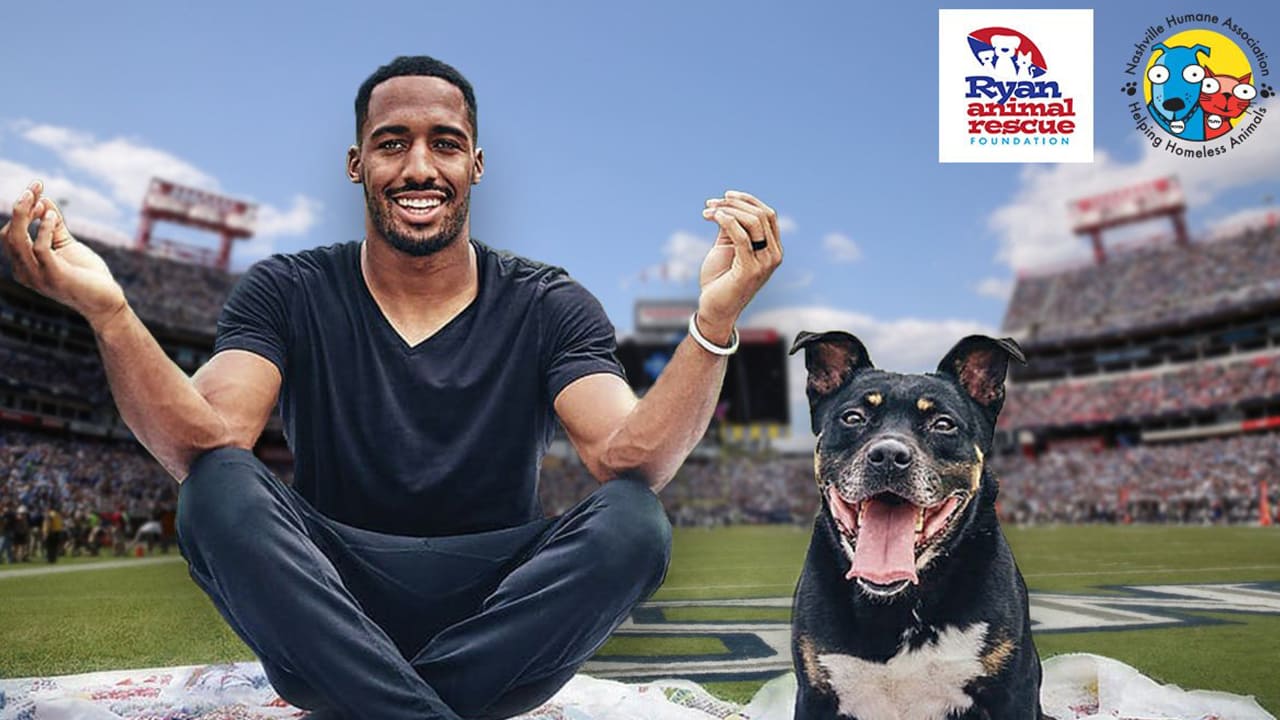 NASHVILLE, Tenn. ÔÇô Cornerback Logan Ryan and the Titans are hosting a ÔÇťPup RallyÔÇŁ at Nissan Stadium on Saturday at the teamÔÇÖs scrimmage.

The event is sponsored by Ryan Animal Rescue Foundation and the Nashville Humane Society.

The ÔÇťPup RallyÔÇŁ event is a partnership between Logan RyanÔÇÖs Ryan Animal Rescue Foundation and Nashville Humane Association to have 26 dogs in need of homes available for adoption at Nissan Stadium.

ÔÇťPeople know that my foundation, the Ryan Animal Rescue Foundation, is big with animals here in Nashville. It’s going to be our first big event,ÔÇŁ Ryan said. ÔÇťThey allowed us to do it at the stadium, so I encourage fans to come early. There might be a little more, but we’ve got 26 dogs. I’m hoping that they’ll all get adopted. Pedigree will be sponsoring dog food, leashes, collars for all the dogs that do get adopted. The players got involved, and I asked some friends of mine, some teammates of mine to name dogs. So, Marcus Mariota named two dogs, Adore├ę Jackson’s named a dog, Kevin Byard, Rak (Brian Orakpo), Taylor Lewan, myself and a couple, my daughter named one. Amy Adams (Strunk) has a dog named Amy that will be available. Coach (Mike) Vrabel has a dog named Vrabes. Vrabel and Jon Robinson’s dog which is J-Rob are in the same litter, so they’re brothers. I figured put them together. Many, many guys got involved to help me with it. P.K. Subban named a dog P.K. as well so he got involved. A lot of friends of mine definitely helped me with this one, and I just encourage fans to show up a little early and see if they want to bring or maybe you guys want to bring a little puppy home that would be good for the family.ÔÇŁ

Ryan said the cause is one thatÔÇÖs close to his heart.

Mariota named a pair of pit bulls from the same litter ÔÇťManaÔÇŁ — which means power in Hawaiian — and ÔÇťLaniÔÇŁ — which means heaven. Jackson’s named a dog Reese(s) because of his favorite candy.

ÔÇťIt’s awesome,ÔÇŁ he said. ÔÇťI mean dogs have made my family a better family, and these animals need a home. I encourage everyone to rescue dogs just sitting there in shelters. The Nashville Humane Association – I have a good partnership with them since I’ve been here for over a year, and they volunteered to bring all of the volunteers and the dogs and keep the dogs cool and try to make it as humane as possible for them. It’s a great opportunity to get the dogs in front of the fans. I hope it encourages more fans to show up, the animal lovers out there to show up and check out these dogs and come hang out with some dogs and see if you want to bring one home for your family. You get to meet, you get to learn about rescue, you get to learn about my foundation and get to give these dogs a home. I think that animals unite families, so I think it’s great.ÔÇŁ

« Vargas: Manipulation can help heal without drugs Bubbly young dog is looking for a new home »