LIST: 4 tips to protect your dog during rattlesnake season 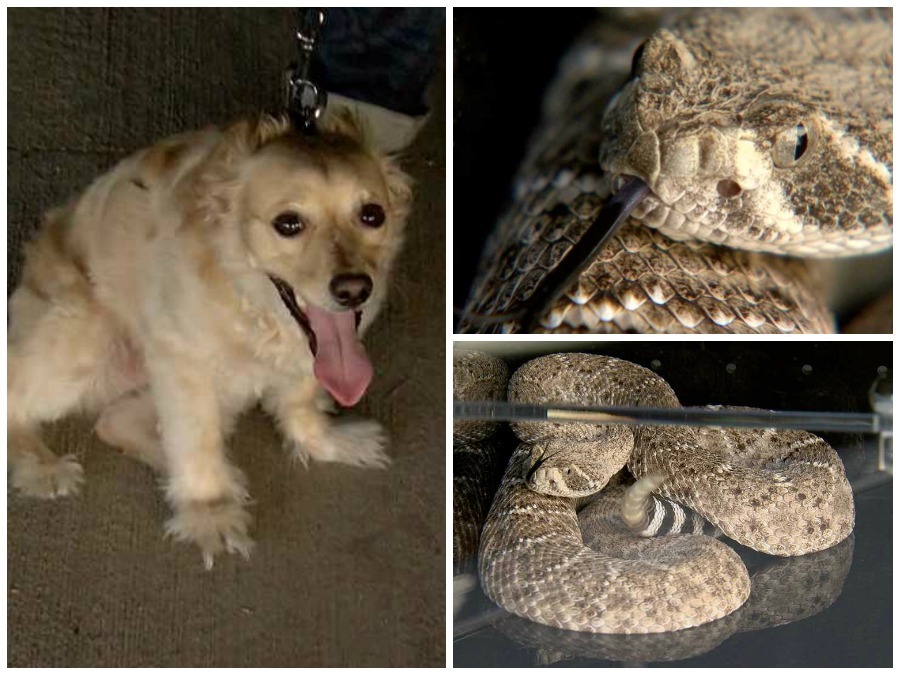 PHOENIX – A Golden Retriever in AnthemÂ is known to the nation now as a very good boy. This, after, his owner credits Todd for saving her from a rattlesnake bite.

Paula Godwin told ABC15 earlier this month that she was on a hike with her dogs near 7th Street and Carefree when she almost stepped on a rattlesnake.Â

She said there was no warning rattle and the snake was well hidden. She believes that if Todd had not seen the snake and jumped in front of herÂ she would have stepped on it.Â

“He totally saved me from being bit,” Godwin explained. “And he’s my hero.”Â

After hearing about Todd’s story, ABC15 decided to take action and show viewers what you can do to ensure your dog does not become a victim of a rattlesnake bite.

“Dogs are very curious animals,” said Cody Will who trains dogs with his company, Rattlesnake Ready, LLC. “They experience the world with their nose and so, essentially, anything new and exciting they want to go sniff it.”Â

Will uses a four-step process that he said only takes about 20 to 30 minutes to train your dog to stay away from a rattlesnake.Â

We begin by exposing the dog to a safely-muzzled, live, juvenile* rattlesnake. It is placed in an open, highly visible area for maximum exposure. Without our influence, the dog is left to find the snake. When they do, most dogs are more than happy to investigate the snake. As soon as they are too close, they areÂ given a static correctionÂ using the e-collar until they understand to keep their distance.Â BecauseÂ I allow the dogs to get right up to the snake on an open surface with good contrast,Â they make the correct associations almost immediately. Having found your dog’s sweet spot setting on the collar (just enough to teach, not traumatize!) and once they are maintaining a safe distance from the snake, we move on.Â Most of the learning occurs in this step.

This supplementary step exposes the dog to the smells of rattlesnakes. The dog is left to approach a scented objectÂ on their own terms.Â Should they choose to stick their nose on the items, after getting a good â€śwhiffâ€ť they are given a moderate static correction which implants within their mind that even just the smell is bad. This is in case the dog is ever poking around inside holes, under logs, etc. and comes across this smell again without seeing or hearing the snake; theyâ€™ll know it is a threat as they associate theÂ discomfort from training with the smell. *If your dog has a good nose and got close to the juvenile snake initially, it is likely that he/she will know to avoid the scented items too having learned the smell from the real thing in step 1! Therefore it is fairly common for dogs to not need correcting at this step.

In this next step, the dog is exposed to the sounds of a rattlesnake (without any visual or olfactory cues).Â This step is especially important for those bush-loving dogs and those than hunt in tall grass.Â This is where I use a â€śrattleblindâ€ť which is naturally concealed audio equipment with a rattlesnake sound recording. As the dog unknowingly approaches it, the recording is played. At that moment an automatic correction is given and teaches the dog a fast, instinctive reaction to avoiding this fascinating sound. OtherÂ exercisesÂ includeÂ havingÂ the owner move away from the sound as well toÂ supplement the message, and we will also incorporate recall with positive reinforcement so that after a future rattlesnake sound encounter your dog will come running to your side (and not to the snake!)

The final step exposes them once again to a real rattlesnake-this time a largeÂ adult. This is so that they are aware that snakesÂ come in different sizes. Most dogs will already show complete avoidance by this point, and therefore require minimal to zero correcting. Here they are given the chance to put it all together with multiple scenarios and approaches, by placing the snake in several places of varying difficulty to spot. When no mistakes are made and the dog clearly and consistently wants nothing to do with the snake â€“ congratulations! Training complete.

“It’s a one-time lesson that convinces them to leave them [a snake] alone,” Will explained.Â