Let’s Do Driverless Cars with the Ones We Have Now: Jumping Out for #InMyFeelings 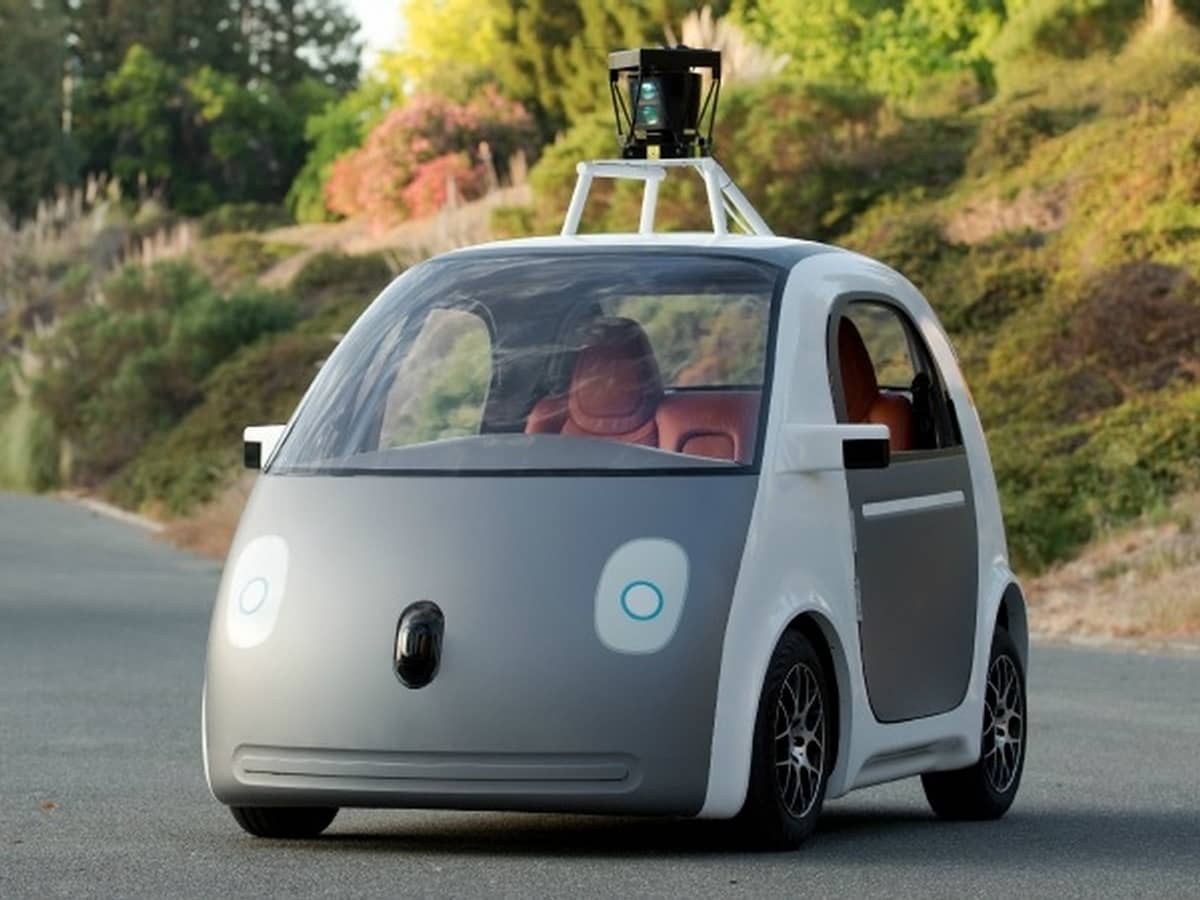 The National Transportation Safety Board issues a warning against people taking up the #InMyFeelings challenge who are recklessly jumping out of cars under roadway operation to apparently dance to a song performed by pop artist Drake. According to several sources no one has been killed or seriously injured yet, but there is published YouTube footage showing people jumping out of cars, some on the driver‚Äôs side while the car is engaged in forward operation apparently with the gear selector still in drive with no braking, and the drivers falling to the ground unable to recover to run back and retake command of the vehicle. In a few cases you see that during the falling the driver‚Äôs door closes making it more difficult to re-enter the car and recover:

Folks, in spite of all the hype and controversy about autonomous cars, they‚Äôre not completely here yet, and not ready for prime time, and yes Tesla AutoPilot included which shouldn‚Äôt even be called that, because it‚Äôs just adaptive cruise control, that‚Äôs it. But it seems some of our younger drivers are willing to be more forgiving of our current autonomy issues to just go ahead and go driverless with the current Level 0 ones we presently drive.

For what hopefully will be one of the last few times I‚Äôll have do this, I‚Äôm stepping away from my electric vehicle reporting on Torque News for this story and stepping toward my former law enforcement role, to appeal to young adults and their parents, actually a few of the parents themselves too, for whom we may need to have a national conversation, especially if they might be using their parents‚Äô or someone else‚Äôs car without them knowing, about the danger of jumping out of a car on the driver‚Äôs side while the automatic transmission is engaged in drive and with nothing or no one covering the brake. Essentially whether if it‚Äôs only for a few seconds for no more than a minute, because as parents we‚Äôve all heard the excuse ‚Äúit was only for a few seconds, Jeez.‚ÄĚ Well folks, let me tell you what could happen in those few seconds. Here a few samples of people‚Äôs TomFoolery on YouTube:

We‚Äôve already seen samples on YouTube where as soon as the driver hops out of the moving car, they fall to the ground and can‚Äôt get up right away to recover. In some cases, they close the door to a moving car, and car doors weren‚Äôt designed to be opened while moving. It‚Äôs a bit more difficult to do and maintain your balance while running. I‚Äôve seen cops do it when a driver is unconscious or overdosed and they need to stop the car. I‚Äôll be the first one to say I‚Äôve done some foolish and ballsy things when I was younger. Being a recovered adrenaline addict my first inclination is to say who am I to judge? But this car jumping takes the cake. To hell with driverless cars, let‚Äôs just use the ones we drive now!

Car jumping is a new form of distracted driving, and oddly enough it‚Äôs one thing for a driver to be behind the wheel of a vehicle for his mind to be elsewhere, in this case, the body goes with it, as for just a few seconds the driver‚Äôs seat is empty when he jumps out. While this is happening depending on who‚Äôs up front doing what, the opposite seat occupant, if the driver jumps, then that‚Äôs the front passenger, takes out the cell phone camera and starts recording to post on sites like YouTube or periscope on Twitter, or live stream on Facebook. The NTSB thinks this has the potential of becoming such a serious issue they too are going on social media to make their objections known:

#OntheBlog we’re sharing concerns about the #InMyFeelings challenge while driving. #DistractedDriving is dangerous and can be deadly. No call, no text, no update, and certainly no dance challenge is worth a human life. https://t.co/VL4AORXtAA #NTSBmwl

NTSB Chief of Safety Advocacy, Nicholas Worrell, told The Blast something that, somehow, isn‚Äôt obvious to literally every driver in America, saying:

‚ÄúHopping out of a moving vehicle or jumping into lanes of traffic to show your dance moves is foolish and dangerous ‚Äď to you and those around you.‚ÄĚ
‚ÄúThere‚Äôs a time and place for everything, but our nation‚Äôs highways and roadways are no place for the #inmyfeelings challenge.‚ÄĚ

The Medical First Aid Side: Being Hit by a Car v. Being Rolled Over by One

It doesn‚Äôt take much for a car the weighs at least 1-2.5 tons to seriously injure someone by simply crushing them to death. I‚Äôd like my EMT, Paramedics, Nurses, and ER doctors who are my readers to chime in please. You see, in the falling down on the road and trying to recover by grabbing the door, the person now risks getting run over by the real wheel, and in doing so risks serious injury or death by either the rear wheel crushing their throat or running over the rib cage that can cause spinal damage.

When someone is hit by a car by the usual circumstances, a fatal pedestrian fatality can usually occur as low as 15 miles per hour, that usually entails blunt force trauma. It‚Äôs not necessarily the mass of the vehicle that kills you but the sudden trauma of being hit by a vehicle by its mass with such an impact that sudden shock and usually death quickly ensues. Getting hit by a car is similar to falling off the roof of a building: it‚Äôs the impact, not the weight of anything that kills you, and you go quickly. Your spinal column is in someway shattered in pieces, between that and being in shock you usually don‚Äôt feel anything.

When you get rolled over or pinned by a motor vehicle, that is more of a crushing than a hitting, so you are much more conscious and aware, and in that, you‚Äôre more likely to suffer before going into shock and unconsciousness before death. Not a pleasant way to go: usually you have a hard time breathing.

The Legal Side: Reckless Endangerment, the Substantial Risk of Injury by Depraved Indifference

That takes care of emergency medical first responder aspect of car jumping. This where I need the cops, lawyers, and judges to chime in please. Depending on how a state statute is written, the driver or anyone inside the vehicle who was a participant in this, can be charged with reckless endangerment. Reckless endangerment starts as a misdemeanor in some states, punishable to up to a year in prison and/or a fine. If the risk was substantial, or if someone was injured, then it becomes a felony. A felony is punishable starting from a year in prison, and more.

When you agree to car jump, and someone else inside or outside the car agrees to record it, and no one in the car or anyone outside who was aware of the agreement that this was going to happen and/or saw it happening, but didn‚Äôt try to stop it or report it, and can reasonably prove they tried to (a good time to voice your objections is on that same video with people laughing thinking this is funny) all the participants in view or within earshot of the recording can be arrested and charged with reckless endangerment. Everyone seen or heard in these videos was some kind of participant to an action which could have created a substantial risk of depraved indifference to human life.

Reckless endangerment is when you knowingly and recklessly decide to commit an act which creates the possibility of causing injury, serious physical injury, or death to another human being, whether you successfully completed the act or not. With death or serious physical injury the culpable mental state jumps to depraved indifference to human life. If an animal is injured in this action, you would be additionally charged with cruelty to animals even if a dog accidentally got run over with an empty driver‚Äôs seat. You still created a risk, and that risk you saw as a joke, is now about depraved indifference to any life for which the court could prove you regrets now, but had no regards then.

It‚Äôs all fun and games until someone gets hurt. Ironically I pray no one does. But we all need to step up and stop this before someone does by policing each other before the police does it for us. I like to tell parents of older children/young adults: if you don‚Äôt want the police policing your kids, then start policing them yourselves so we don‚Äôt have to! Never mind ‚Äúit‚Äôs 10 pm.‚ÄĚ We should make that alarm earlier, it doesn‚Äôt mean they have to come home earlier, just know where and what they‚Äôre doing: ‚ÄúIt‚Äôs 6 pm. Do you know where your children are? Do you know who they hang out with?‚ÄĚ

The odd thing is, regardless of your age, if any of you personally witnessed as I have, a person or animal get hit or rolled over by a car, or jump off or get pushed off the roof of a building, you would have disdain for this and would do anything to stop people like this from doing that or report them if they do. Witnessing such a horrific act as blunt trauma or being crushed to death is something I don‚Äôt want anyone to ever witness, let alone experience.

In this example the driver stopped and put the car in parked to get out and dance on his driver‚Äôs side, but still in the middle of the street. He got run over by another car:

Whats your opinion on car jumping? Let us know in the comments section below!