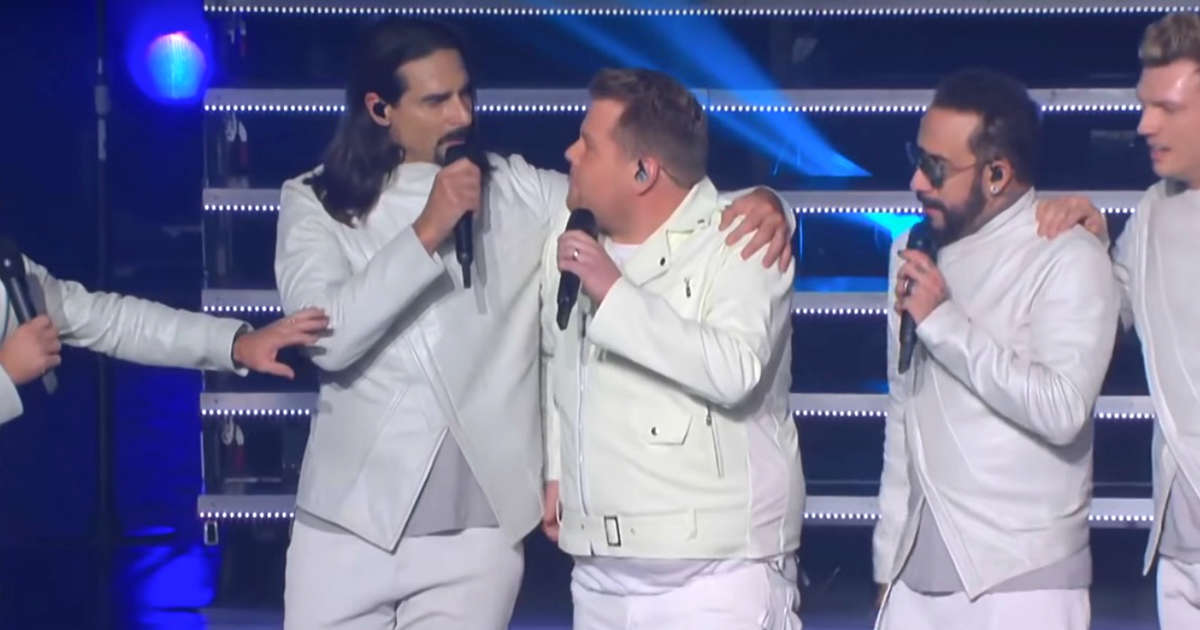 “Corden’s back, all right!” Music (maybe only) to the ears of the bubblyÂ Late Late ShowÂ host, who just trekked to Las Vegas for a performance with his old friends, the Backstreet Boys.

Since that’s the kind of news that makes you say “of course” and “why” at the same time, bear with us: Back in 2016, James Corden pledged to bring back boy bands — “I’m talkin’ proper boy bands,” he told his viewers then, “five guys together: the Cute One, the Funny One, the Nice One, the Other One, and the Maverick who refused to play by the rules, all living together in some weird mansion in Orlando.” The proclamation sounded like a long shot, but it came punctuated with a big, fat surprise: BSB, in the flesh, teasing their eventual Planet Hollywood residency with a rousing rendition of “Everybody (Backstreet’s Back)” — with Corden, for Corden’s fans.

Fast forward nearly two years later, to this “Take a Break” bit. “Carpool Karaoke”Â ManÂ decides to “return the favor” by joining BSB on their home turf to surprise their fans. If you’re thinking, How is that a favor? Also, still why???Â You’re not alone. BSB had the same questions, and, sadly, we don’t have many more answers.

All we can tell you isÂ Corden persevered — overcoming Brian Littrell, worm haters, and a fear of sharting while wearing all white — to get this “Larger Than Life” moment. Enjoy?

Here Are The 10 Craziest Records Set in Grammy History

Sean Fitz-Gerald is a staff writer at Thrillist Entertainment. Find him on Twitter: @srkfitzgerald.

« Pets, Pets, Pets How the dog behind the viral #InMyFeelings video learned her impressive tricks »