How this rapper saved a life, and you can too 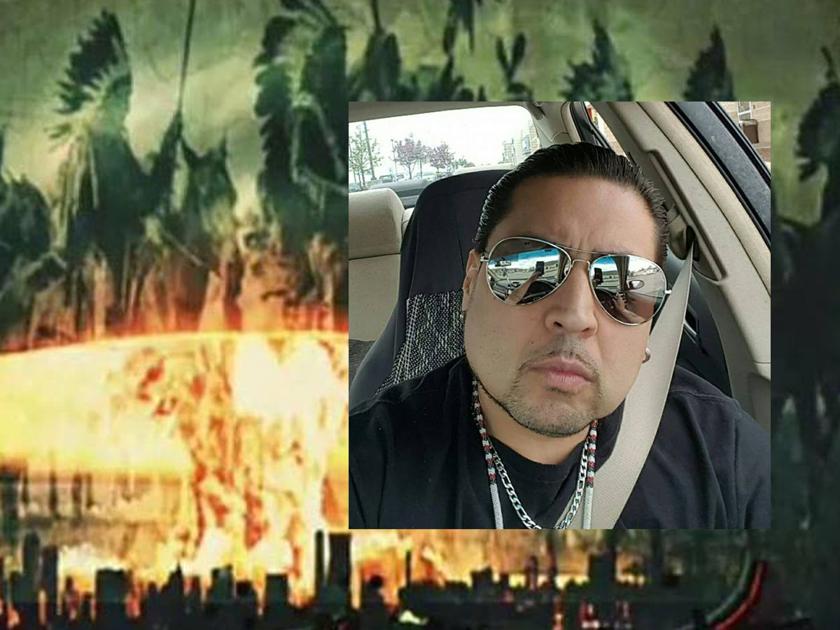 Rap artist Buggin Malone had just taken the stage at a concert in Wapato last month when he heard a crash in the darkness between performances. A man in the audience had fallen and hit his head.

Malone didnâ€™t hesitate. He dropped the microphone, left the stage at Las Palmas nightclub and saw the man lying semiconscious on the floor. Malone had shaken his hand just minutes before.

â€śEverybodyâ€™s surrounding this guy, heâ€™s gurgling … I said we need to turn him sideways, heâ€™s choking on his tongue,â€ť Malone said. â€śAt this moment he stops breathing. His lips were turning blue.â€ť

Someone in the audience at Tribal Funktion 4 checked for a pulse; there was none. The ambulance hadnâ€™t arrived. An onlooker said he could do CPR but hesitated, so Malone got to work.

â€śMy grandson used to have seizures and one time he had seizures on me, I did CPR. … And I was a manager of a gas station; we had to have (CPR) certification to work there,â€ť said Malone, a member of the Oneida Tribe of Indians of Wisconsin who drove with friends to perform at the â€¨June 8 concert.

Malone used what he learned, giving the man chest compression, breathing into his mouth, more chest compression, more breathing. Finally the man gasped for air, looked at Malone, started reaching for him as relatives held his hands. Malone backed up to give him space.

â€śI fell to the ground and started crying. My show was basically canceled, but I didnâ€™t care,â€ť he said. â€śThe connection we all had after I got off the stage and did what I did was amazing. It brought people together.â€ť

Malone, whose given name is Wayne Malone Jr., knew what everyone should know â€” how to save someoneâ€™s life with CPR.

While that knowledge is valuable year-round because situations like the one Malone faced can happen any time, along with all kinds of accidents and heart attacks, itâ€™s especially important these days. Summertime means more people are outside, and with that comes the potential for a greater need of CPR skills as some overdo it on land or in water.

â€śSummer is the time when everything gets ramped up. More people are using water recreation,â€ť said Brian Hoffmeister, an aquatic executive with the American Red Cross in Bend, Ore. He works with schools, waterfronts, aquatic centers and others to ensure that their CPR and first aid training needs are met.

â€śFrom Memorial (Day) to Labor Day, we start to see drownings. Thatâ€™s when CPR can be really vital,â€ť Hoffmeister said.

Think you know the ABCs of CPR? Some aspects of this lifesaving practice have changed over the last several years. Here are five things to know about CPR today.

1. CPR certification courses are offered year-round at various locations and online. Some businesses also offer them for their employees to meet OSHA workplace training requirements.

Hoffmeister said the Red Cross has a few ways it provides classes. The nonprofit schedules and staffs classes in large metropolitan areas. Yakima has Red Cross training providers including the Yakima Athletic Club and Yakima Parks and Recreation; find out where and when classes are available at www.redcross.org/take-a-class.

â€śIf itâ€™s just CPR, youâ€™re probably looking in the four-hour rangeâ€ť for course length, he said. â€śItâ€™s not just walking in the door and learning how to compress. Itâ€™s also teaching students how to not get into danger.â€ť

Cat and dog owners also can learn first aid for their pets online through the Red Cross. A 35-minute online course includes a variety of topics from understanding and checking vital signs, preventative care for cats and dogs and handling critical situations such as breathing and cardiac emergencies, wounds, bleeding and seizures.

2. You can learn hands-only CPR even faster â€” in a few minutes.

Richard Lundgren, chest pain coordinator for Astria Regional Medical Center, noted that the American Heart Association recommends hands-only CPR for those without official CPR certification. Of course, the first step should always be to call 911.

But why hands-only CPR?

In pushing hard and fast in the center of the chest at the rate of about 100 beats per minute (to the beat of â€śStayinâ€™ Alive), the person performing CPR works to circulate blood throughout the body.

â€śEvery time hands are taken off the chest, that pressure rapidly falls. Weâ€™re trying to minimize the amount of time that people do not receive compressions,â€ť he said.

3. The Good Samaritan Law protects those who want to help another by performing CPR.

Some who take CPR certification classes wonder if they can be held liable if the person theyâ€™re helping is injured or dies. But in hesitating, they may endanger someoneâ€™s life even more.

â€śIf you find someone thatâ€™s down, itâ€™s better to act than not act. A lay person cannot be held accountable … if you try to help someone, you canâ€™t be held liable for anything that happens to them. Youâ€™re basically going to someone whoâ€™s deadâ€ť and trying to save his or her life, Lundgren said.

The Good Samaritan law will protect people as long as they act responsibly, he said.

Some wonder if they could kill someone by performing CPR incorrectly. While people should know how to perform CPR, â€śItâ€™s better to perform it imperfectly than not at all,â€ť he added.

What it comes down to is the person who is unconscious â€śis on the fast track to being dead,â€ť Hoffmeister said. â€śIf we donâ€™t do something, their condition is only going to get worse.â€ť

CPR is an aggressive effort, and ribs may get broken or cartilage may get torn, he admitted. But without CPR, â€śthey will die,â€ť he added.

4. CPR doesnâ€™t always work, but that doesnâ€™t mean you shouldnâ€™t try â€” and know that you wonâ€™t catch something by doing so.

The success rate is 5 to 10 percent for lay people who are administering CPR to adults, depending on how soon itâ€™s performed after the victim collapses, Lundgren said. The survival rate climbs to about 20 percent for trained medical professionals who perform CPR.

Some people wonder if they can contract AIDS or communicable diseases by performing mouth-to-mouth resuscitation. Communicable diseases can be spread only with direct contact with certain bodily fluids, so the risk of becoming infected is minimal, especially with hands-only CPR, but itâ€™s recommended that people keep a protective plastic barrier just in case.

â€śWeâ€™re not recommending (mouth-to-mouth) for the lay person; again, hands-only for someone whoâ€™s not CPR certified,â€ť Lundgren said.

5. CPR instructors see a few common mistakes among students, one in particular.

Linda M. Dale, who is program director for the Physician Assistant Educational Program at Heritage University in Toppenish, said depending on the age of the patient, broken ribs are possible. But the most important goal is to keep the personâ€™s blood pumping.

â€śSometimes when people go into the ER they often have their ribs broken during CPR because you have to,â€ť Dale said. â€śWhen you think about the little old lady, the little old man whoâ€™s having the coronary, their bones are more brittle.

â€śYou have to get a certain depth (because) youâ€™re squeezing that heart. You have to do it deep enough to get that. If youâ€™re doing it on someone whoâ€™s frail, elderly, youâ€™re going to break some ribs. A young patient, youâ€™ll be able to do CPR on them and most likely not crack a rib because of the supple bones.â€ť

Thatâ€™s why class is important. While in-person CPR certification classes can cost around $100, online classes can be as little as $25.

â€śIn taking the class … youâ€™ll learn how to do the compressions correctly, the point you can press the chest and not only minimize the injuries we may cause, but also improve the personâ€™s chance of survival,â€ť Hoffmeister said.

That survivor could be your spouse, your child or your infant.

â€śYou might put it on the back burner, getting certified, but … you never know when that personâ€™s going to need it,â€ť he said.

â€śWe want people to be trained so when those random weird things happen, someone knows what to do.â€ť