The #InMyFeelings challenge has inspired thousands of social media users to make mini music videos. One four-legged participant rolled away from the pack–on her very own scooter.Â

The impressive video of a Border Collie walking on her hind legs and then riding a scooter next to a moving car, while Drake’s song “In My Feelings” played in the background, has gone viral.

The 7-year-old pooch named Supra isn’t any ordinary house pet, she’s highly trained, by her dog parents. Owners Ana Guzman, and her husband Gabriel Gomez, are certified professional dog trainers and behavior specialists. The pair own their Texas-based company Unstoppable K9’s, and regularly teach their bright collie to do tricks.

While the video only took 17 seconds to shoot, Guzman told CBS News it took over six months of “positive training” to get the pup to nail the moves. And Supra wasn’t alone in the video, she explained, “I was in front of her guiding her and giving her treats.” 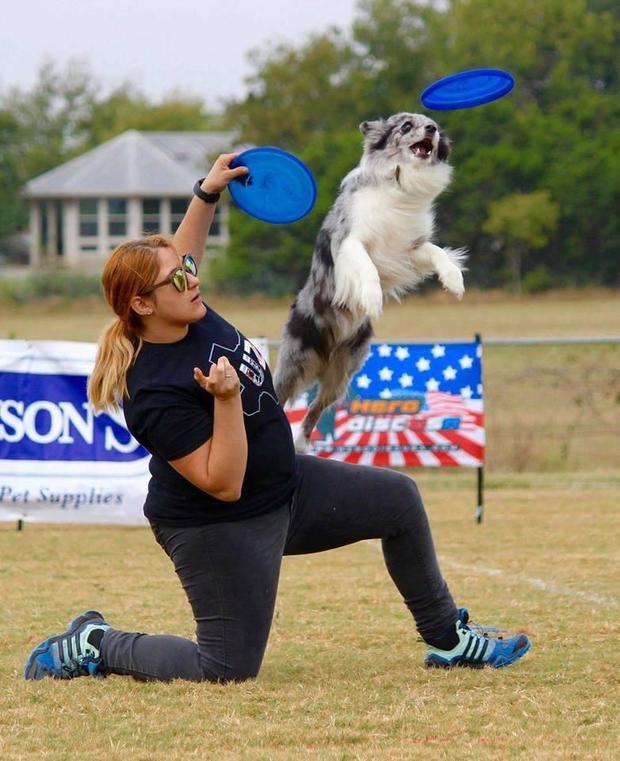 This talented pup is moving on to her next challenge: qualifying for the frisbee world finals.

Supra’s video is the latest viral sensation in the challenge, that started back in June when Instagram user theshiggyshow posted a video performing choreography to the Drake song. Since then, social media users have posted thousands of self-made videos with the hashtag and same choreography.

This isn’t Supra’s first walk around the viral video circuit. She, and Guzman’s other dogs, starred in a popular 2016 mannequin challenge video. Guzman says Supra can do a variety of other tricks, and has won multiple 1st place titles in obedience and agility.

The multi-talented pup plays another role in Guzman’s life. “She has been a great service dog for me too,” Guzman states,”I suffer from asthma attacks and have broke my foot twice, this girl was there to bring my meds and alert me about my change of breathing.”

While Supra has accomplished a lot in her life, Guzman says she’s on to her next challenge. The pooch and her owners are now training to qualify for the world finals in frisbee.

« James Corden Showed Up in Las Vegas to Be a Backstreet Boy for a Night Meet the 2018 Best of Southwest Illinois winners »
The selected Optin Cat form doesn't exist.