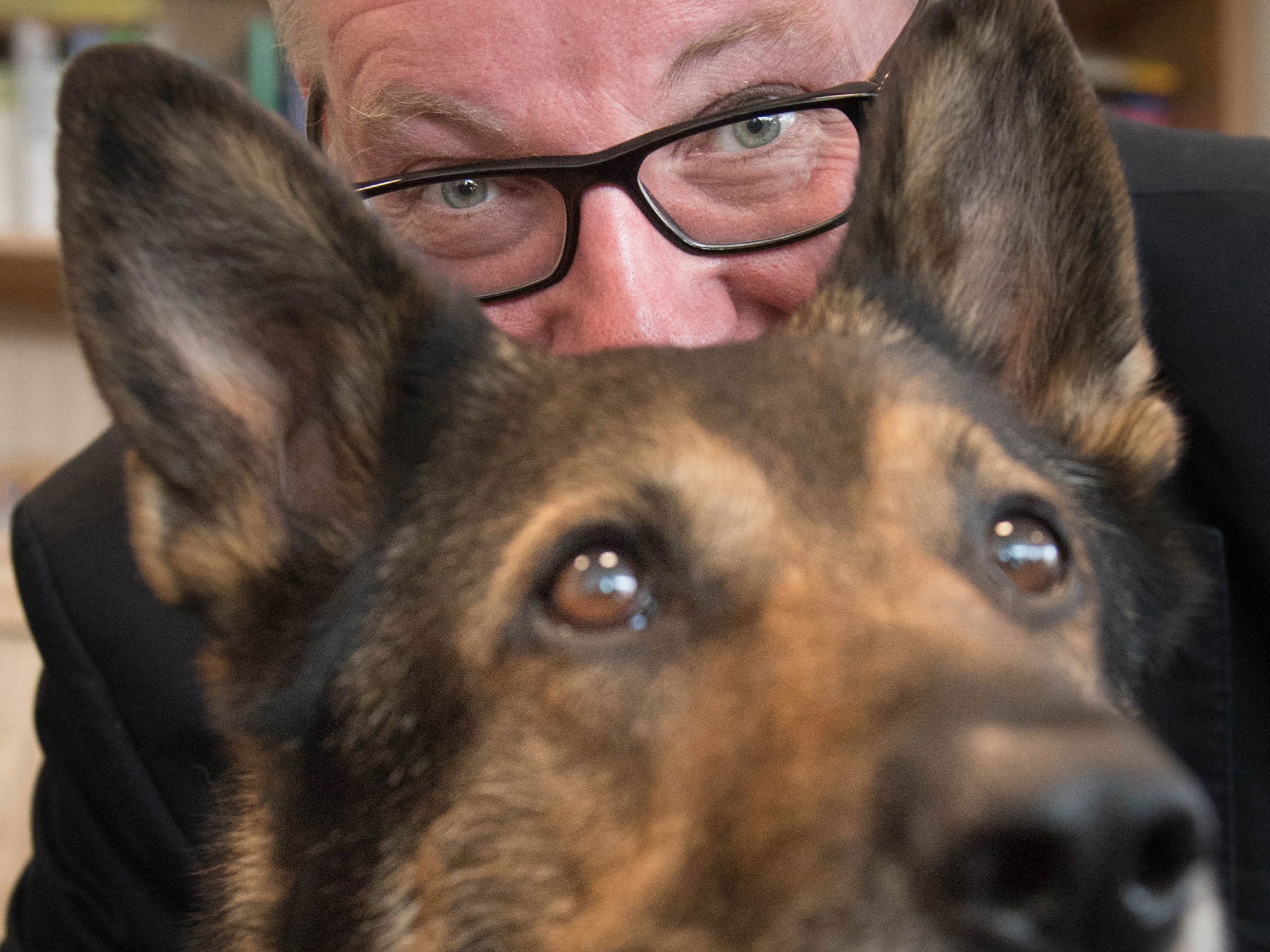 Michael Gove has been accused of making a â€ścomplete 180â€ť turn over documents suggesting his department found little evidence for banning pet shock collars weeks before it announced plans to outlaw the devices.

The environment secretary said on Monday the government would prohibit the use of what he described as â€śpunitiveâ€ť collars, which â€ścause harm and suffering to our petsâ€ť, in England.

However, a letter seen by the Press Association sent from the Department for Environment, Food and Rural Affairs (Defra) back in February, said there was little research that supported a ban.

The document, sent to the Royal Veterinary College, noted scientific studies it had commissioned were â€śnot strong enough to support a banâ€ť on electronic training aids for dogs.

Electric shock collars for pets to be banned


A similar conclusion was drawn by Defra minister George Eustice in a 2014 letter, in which he wrote the department â€śdid not believe there was evidence that the use of such devices causes unnecessary sufferingâ€ť.

Dog trainer and campaigner, Jamie Penrith, said Mr Gove had made an â€śabruptâ€ť policy turnaround with no additional evidence.

â€śItâ€™s a complete 180,â€ť Mr Penrith added, claiming plans to ban the devices were not being advanced for welfare reasons.

Ian Gregory, a lobbyist for pet collars, said: â€śThe secretary of state should desist from feeding the nationâ€™s pets to the wolves of Twitter.

â€śThe anecdotal problems reported with pet collars can be resolved by product standards rather than by banning a proven technology.

â€śThe hundreds of thousands of dog owners using remote trainer do not deserve to be criminalised.â€ť

Used as training aids for pets, the remote controlled collars can trigger electric shocks of varying degrees or spray animals with noxious chemicals.

Many animal charities have long campaigned for the devices to be banned, arguing they are needlessly cruel.

The Dogs Trust says such collars can release a shock of up to 6,000 volts into a dogâ€™s neck for up to 11 seconds at a time.

Use of such equipment is already outlawed in Wales, while the Scottish government is also considering a ban.

Restrictions on remote controlled electronic training collars will not be extended to invisible fencing systems, which can keep pets away from roads and within a boundary without receiving a static pulse, the government announced.

â€śWe are a nation of animal lovers and the use of punitive shock collars cause harm and suffering to our pets,â€ť Mr Gove said.

â€śThis ban will improve the welfare of animals and I urge pet owners to instead use positive reward training methods.â€ť