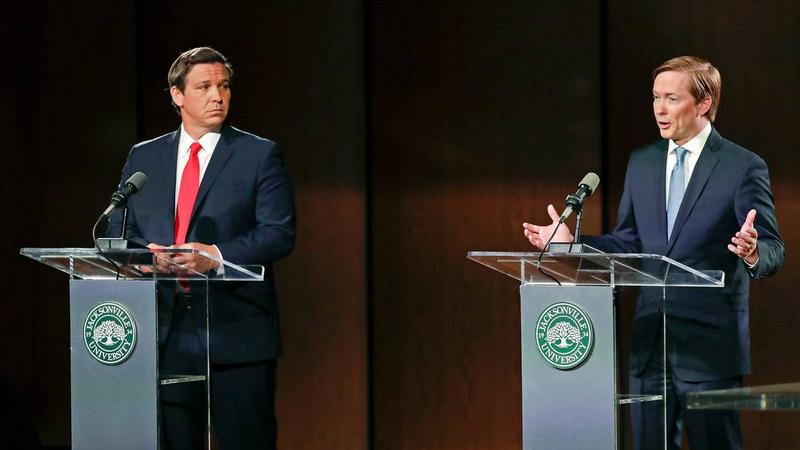 Congressman Ron DeSantis and Agricultural Commissioner Adam Putnam squared off at last nightâ€™s Republican debate, the last before the primary on Aug. 28. During the debate, Putnam questioned the substance of DeSantisâ€™ campaign and the value of president Trumpâ€™s endorsement, while DeSantis continued to link Putnam to Big Sugar. They discussed school safety, water issues, and job growth. POLITICO reporter Marc Caputo joined Sundial to discuss how the two performed. He says that although Putnam is very knowledgeable of Florida politics, last night was “just a terrible night” for the candidate.Â

Approximately 62 percent of Florida Power & Light customers in the state were without power during Hurricane Irma. A new report from Floridaâ€™s Public Service Commission is looking at what steps Florida can take to improve its electric systems. The commission collected data based on the stateâ€™s response to hurricanes last year and came up with recommendations based on what they learned. Some of the recommendations include more available workers to begin restoration on power lines and debris clean-up after the hurricane, tree trimming near power lines and more underground power lines. Mark Futrell is the Deputy Executive Director of Floridaâ€™s Public Service Commission. He joined Sundial to discuss the new reportâ€™s findings.

Last month, the Director of Floridaâ€™s Medical Marijuana Program, Christian Bax, abruptly resigned amid controversy over his handling of the stateâ€™s marijuana licensing. Many, including lawmakers, criticized his competency while in office. Some have questioned his background and resume. News Service Florida Senior Writer Dara Kam has been reporting on the legal case surrounding the use of smokable medical marijuana and joined Sundial to explain Baxâ€™s departure.

Last month, grocery chain Publix added new warning signsÂ in their stores about service animals. The signs read â€śFor food safety reasons, only service animals that are specifically trained to aid a person with disabilities are permitted within the store. Service animals are not permitted to sit or ride in shopping carts.â€ť

Iâ€™m with Publix on this one. I honestly donâ€™t see why anyone (besides a blind person) would need a dog in Publix. Leave your â€śemotional supportâ€ť dog at home when you grocery shop. If you seriously canâ€™t handle it then go to another grocery store.

REAL Service Dogs DO ride in carts! My Service Dog is trained to alert me of medical episodes that could cause me serious harm, by scratching on her bag in such a way that lets me know I need assistance. Not EVERYONE is out to commit fraud! Glad we don’t have Publix here!

The issue of service dogs has become very controversial in many states. Recently, nearly two dozen states have tightened their laws on fake service animals â€“ including Florida. Daniel De La Rosa has been training service dogs, emotional support dogs, and therapy dogs for over 30 years. He has his own dog training business in Fort Lauderdale and is a member of the Association of Pet Dog Trainers. De La Rosa says after Publixâ€™s announcement he started receiving more calls from confused pet owners. De La Rosa joined Sundial to break down the Americans with Disabilities Act and tell us where certain trained dogs are allowed.Â Â