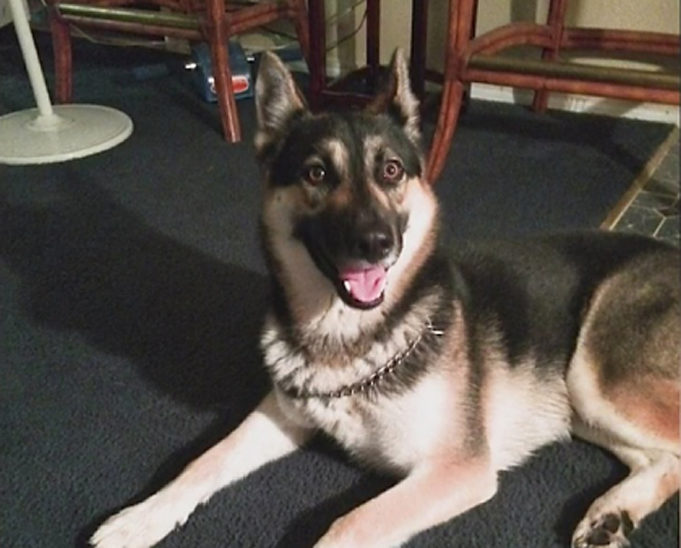 A German shepherd pup that was fatally shot by an Arlington police officer might still be alive today if not for the cityâ€™s policy on responding to animal complaints.

Months after Officer Jesse Davis shot the 7-month-old Max, police investigators continue looking into the incident and withholding most of the information theyâ€™ve gathered. On May 4, Davis shot Max after responding to a 911 call reporting two loose canines in a residential neighborhood in southeastern Arlington.

Witnesses told CBS News last month that two German shepherds were running loose at about 8pm but didnâ€™t appear to pose a threat. Davis responded to the call. Not long afterward, Davis â€śdischarged his firearm during the encounter and struck one of the dogs, which was later determined to be deceased,â€ť said police spokesperson Lt. Chris Cook.

One of the witnesses â€“â€“ identified in the CBS report as Steve Holt â€“â€“ described the dogs as â€śsuper-friendlyâ€ť and the shooting as â€śuncalled for.â€ť Holt said Max was wagging his tail when Davis fired his weapon at least four times.

However, the 911 call on May 4 reported loose dogs, not aggressive ones, meaning police officers responded. Had the German shepherd pup been aggressive or actually bitten somebody, he might have been confronted by a more specially trained Animal Services employee rather than a cop who has proven himself quick on the trigger when it comes to dealing with dogs.

Davis provoked viral outrage in 2011 after shooting a family dog five times (and missing with one shot) in front of the owner and three of his children. Davis said the dog was aggressive. The family described the 2-year-old Dachshund/beagle mix named Bucky as friendly, weighing less than 40 pounds and with stubby legs and floppy ears, who served as a comforting friend to the familyâ€™s autistic son. The dogâ€™s demise prompted an online petition at Change.org, signed by thousands of people demanding for Davis to be fired.Â  A Justice for Bucky Facebook page is still being maintained.

Investigators determined Davis fired in self-defense. They had previously exonerated Davis on another dog shooting, this one in 2009, and on accusations of conduct unbecoming of an officer in 2016.

While city policy might have paved the way for a cop rather than an Animal Services worker to face down Max, another policy did eventually kick in that demanded the presence of Animal Services. That department picks up dead animals.

â€śAnimal Services did respond, per the request of Arlington Police Department, after the shooting of the canine had already occurred,â€ť said Michael Bass, code compliance services administrator. â€śThe Animal Services response was requested in order to recover the deceased canine and impound a second canine that had been secured.â€ť

The cityâ€™s policy places too much burden on police officers, said Davisâ€™ attorney, Randall Moore. Animal Services employees, not cops, should be responding to loose animal calls, he said.

â€śThe City of Arlingtonâ€™s policy on how it elects to handle loose animals sets police officers up for failure,â€ť Moore said.

Moore said Davis has responded to many dog calls over the years â€“ he couldnâ€™t say how many â€“ indicating that three shootings would make a small percentage of the cases. In a fourth instance, Davis tasered a dog rather than discharging his firearm, Moore said.

â€śI think he is going to get cleared on this deal,â€ť Moore told us.

In the past 10 years, police shootings against animals have fallen in Arlington, particularly after mandatory dog training was implemented in 2013. The city has seen a 67-percent reduction in dog incidents involving deadly force by police since that training. Arlington police report 31 incidents involving police using firearms to deal with loose animals since 2010, although not all of the cases involved deaths. That means that in a police department with hundreds of officers, Davis is pulling the trigger about 10 percent of the time.

â€śWe are currently doing a comprehensive review of all the responses we do in regard to animal calls,â€ť spokesperson Cook said. â€śWe are working with Animal Services to determine if police officers should even respond to certain types of animal calls. There are times when an officer is dispatched to an animal call, and thereâ€™s really not much the officer can do other than wait for a trained Animal Services employee to respond who may have specialized equipment to deal with an aggressive dog. This review is ongoing, and we look forward to sharing it once completed.â€ť

This week, Buck Yandle told us he wasnâ€™t surprised that Davis was involved in another dog death. Yandle was Buckyâ€™s owner.

â€śIâ€™m rather upset with Arlington Police Department,â€ť Yandle said. â€śThey keep spending taxpayer dollars on attorneys and investigations and everything, and [Davis] always comes out clean. I donâ€™t know why they keep putting up with it. Itâ€™s going to keep going on. It seems like heâ€™s the one this is always happening to.â€ť

« CBS3 Pet Project: Indicators Of Deafness In Dogs & How To Adjust Lena Dunham deletes tweet about ‘French kissing’ pets… a year after giving up her dog Lamby »