A dog owned by a recently retired New England Patriots player has disappeared under circumstances the police are calling ‘mysterious’.

Former linebacker Jerod Mayo’s English bulldog, named Knox, vanished without a trace around 8pm on Thursday during a walk by an obedience trainer in Wrentham, Massachusetts.Â

The trainer told police she was walking Knox and another dog in Joe’s Rock, a nature reserve, when she turned her attention to the other dog momentarily and Knox disappeared.

A short distance away, cops found Knox’s electronic training collar lying on the ground ‘in pristine condition’, with no evidence that it had been forcibly removed, and no blood or fur in the area to indicate an attack by another animal.

Scroll down for videoÂ 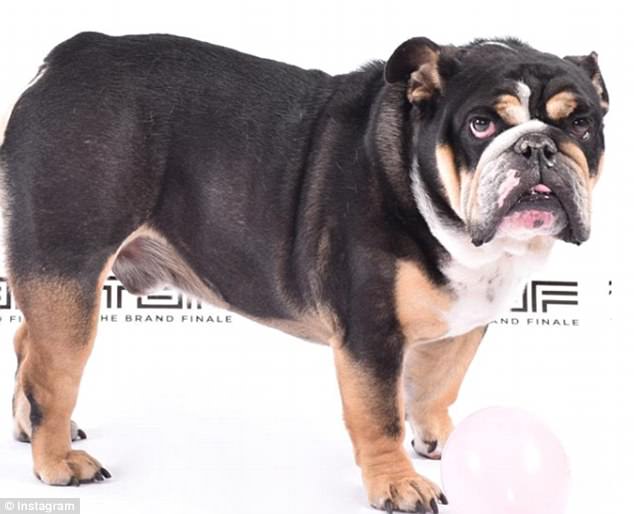 Knox (above) vanished without a trace around 8pm on Thursday during a walk by an obedience trainer in Wrentham, Massachusetts 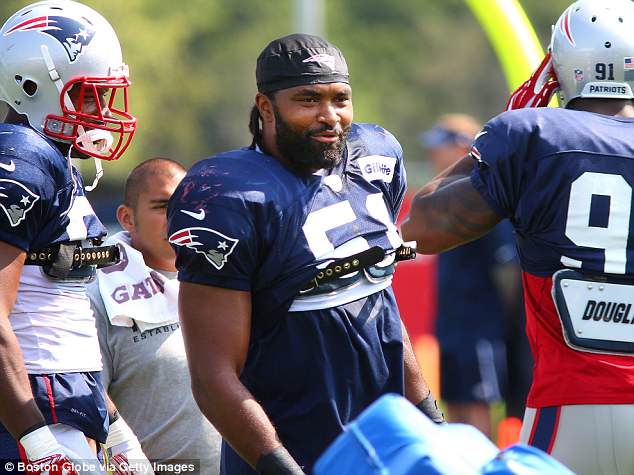 Cops were baffled to learn that the dog breed, with its short, stubby legs and weak cardiovascular system, is not a renowned runner, and expected to find Knox in the area but did not.

‘TheÂ police have little to go on,’Â Chief Bill McGrath said in a statement. ‘No witnesses to point us in the right direction. No suspects. No clues. And no Knox.’

‘We’re posting because the circumstances are a bit mysterious, unlike the usual lost dog case, and we think someone out there can help,’ McGrath said in an appeal to the public for information.

In an Instagram post, Mayo pleaded for the return of his beloved dog and appeared to imply he suspected the dog training company,Â Off Leash K9 Rhode Island, of involvement in the disappearance.

‘Since @offleashk9trainingprov Was begging us to hold off on his return date until Tuesday we pray that they are working diligently on reversing whatever they did or planning on being Honest on his whereabouts & health,’ wrote Mayo, who retired from the NFL after the 2015 season.

‘All we want is honest answers. We deserve that much,’ he added, offering a reward and promise of anonymity for information leading to Knox’s safe return.

On her own Instagram, Mayo’s wife Chantel Mayo said on Sunday that she believed the obedience trainer had sold the family pet, and pleaded with anyone who may have unwittingly purchased Knox to come forward for a cash reward.Â

In a statement,Â Off Leash K9 Rhode Island expressed sympathy but denied responsibility, claiming its trainer had gone rogue.Â

‘Knox was not enrolled in our training program when he went missing,’ the company said.Â

‘His training program ended in April and his family subsequently entered into a separate agreement with our independent contractor, without our knowledge or permission in violation of our policies and standards.’ 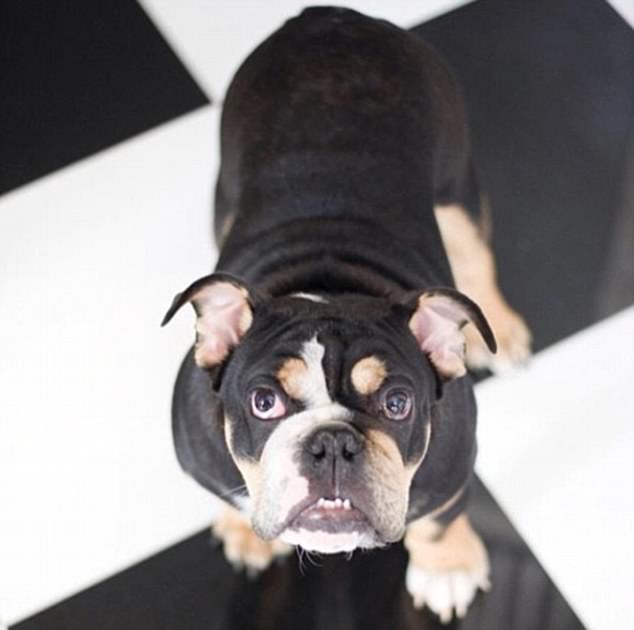 Knox is seen above. Both Mayo and his wife suspect the dog trainer of some kind of foul play

The trainer was not publicly identified by police, who said the case left them with more questions than answers.Â

‘Is he somewhere out there wandering around Wrentham in the woods or beyond?’ Chief McGrath mused.Â

‘Was he taken by an unseen stranger who just happened to be on the trail, quickly removed Knox’s collar and fled with him? Did someone follow the trainer to Wrentham from Cranston RI where Knox was being trained. Could he back in the Cranston area?’

Anyone with information about Knox’s whereabouts is urged to call Wrentham Police atÂ 508-384-2121.