Fetch the Opportunity of Pet Technology 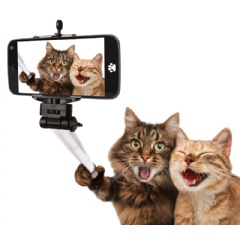 The consumer technology industry has gone to the dogs‚ÄĒand cats! Welcome to the world of pet technology, a rapidly emerging market of electronic and connected solutions helping owners care for, train, feed, monitor and play with their furry friends.Pets are, in many cases, an integral part of the American family. A 2016 survey by the American Pet Products Association found 68 percent of U.S. households own at least one pet. Among them, 60 million homes own at least one dog and 47 million have at least one cat. Altogether, these households spent nearly $67 billion in 2016 on their pets, the association reported.And they‚Äôre integral to the economy, too. Based on new research, CTA believes the U.S. pet technology market is poised for double-digit volume and revenue growth heading into the next decade. Shipment revenues are expected to hit $233 million in 2018 and claw their way higher each year after; reaching $360 million by 2021.Technology is now an essential part of American households, so the extension of tech to our four-legged family members is fitting. In fact, we‚Äôve seen pet technology on display at CES, showcasing how these solutions not only enhance the pet-owner relationship, but augment the safety, security and well-being of our canine or feline companions. But what is the state of the market for pet technology and more importantly, are consumers willing to spend?Follow the ResearchCTA‚Äôs¬†Pet Technology: Ownership, Use and Perceptions¬†study (April 2018)¬†found six in 10 pet owners acknowledge pet tech has useful applications that could bring them peace of mind. However, awareness of pet tech is highest for products that have been around for several years, such as wireless fencing systems (63 percent), automatic feeder/fountain products (56 percent) and electronic training collars (56 percent). Most pet owners learn about pet tech from physical stores (43 percent), friends and family members (37 percent) or searching on the internet (37 percent).Source: https://www.webwire.com/ViewPressRel.asp?aId=227544