Everyone should be on their best behavior 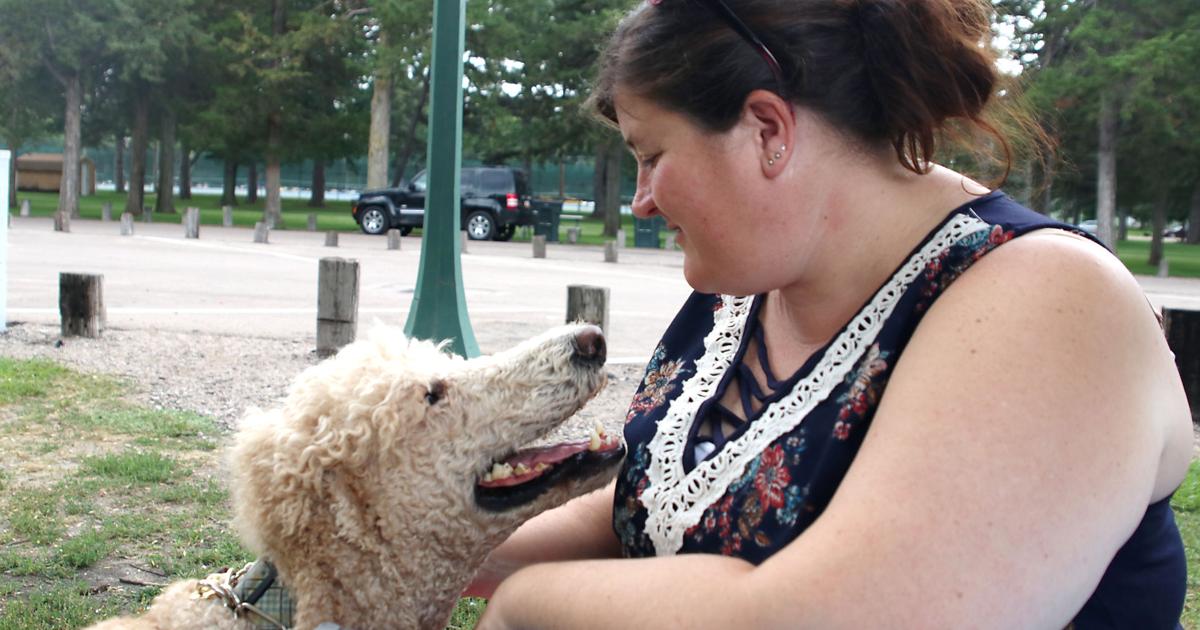 ‚ÄúIt‚Äôs time to go to Woofstock, so be on your best behavior,‚ÄĚ you tell Rover.

Your dog tilts his head at you and cocks an ear. He‚Äôs such a good boy.

But if you‚Äôve rarely taken Rover in public, or he‚Äôs used to a life cuddled up with you on the couch, he may not know how to be as charming once he‚Äôs out and about with other good boys and girls.

Or, if you‚Äôre taking your kids who don‚Äôt know a stranger but haven‚Äôt met many other dogs, their good intentions may also mean trouble.

We talked to Marsha Seck, who has owned Platte Valley K9 Training for 5 to 6 years, and Amanda Lott, who also trains dogs and helps 4-H students in their dog training. Here‚Äôs their obedience tips for socializing dogs, being social with dogs and socializing your kids with your dogs:

¬Ľ Work with your dogs as soon as possible, and as many places as possible.

Take your puppy in public when they‚Äôre about 4 months old, after they‚Äôve completed vaccinations. Before this mark, bring them around people whose dogs you know are healthy, Seck said.

‚ÄúI want to expose them to everything as much as possible,‚ÄĚ Seck said.

For her dogs, this includes introducing them to slick floors, grass, benches and even playground tunnels ‚ÄĒ to show the dog what an enclosed space feels like.

For Lott, this means teaching a dog everything you don‚Äôt want them to do as early as possible. If you don‚Äôt want your adult dog jumping up on you, it can‚Äôt be cute as a puppy trait, she said. This can go as far as not sharing a bed.

When socializing your puppy, take him to non-busy places to begin with, and take him in short doses, Lott said.

Learn what pet-friendly places exist in your community, and use such places for outings.

In North Platte, Orscheln Farm & Home and Tractor Supply are among the pet-friendly businesses.

¬Ľ Be aware the surroundings.

Watch for the stroller ahead of you or be aware of the bicyclist coming up behind you. When another dog is nearby, it‚Äôs on both dogs to be obedient, Seck said.

‚ÄúIt‚Äôs not cute for little dogs to be barking at big dogs,‚ÄĚ she said, adding that the behavior still comes off as aggressive. ‚ÄúIt‚Äôs just not.‚ÄĚ

Lott said to also keep a safe distance. When she works with therapy dogs, this standard is about 2 feet away. In many situations, what a safe distance amounts to increases, not decreases, she said.

Some dogs walk great on harnesses, but some dogs want to pull more on a harness, Lott said.

In public, don‚Äôt use the leashes that let you push a button to extend the distance, and push it again to shorten it. This actually give you less control of where your dog can go, she said. Avoid these, and just bring a standard leash.

When Lott‚Äôs son Andrew, now 5, was first born, she and her husband had a border collie.

‚ÄúWe had to teach her not to touch,‚ÄĚ Lott said. With patience and willingness, ‚Äúeven older dogs can learn,‚ÄĚ she said.

As Andrew grew older, his parents taught him lessons such as not pulling ears. They eventually brought home their poodle, Pete, so the parents now had two young ones who needed to learn obedience.

When dogs do become agitated or nervous, feel free to separate them from the child, and don‚Äôt be afraid to use a crate ‚ÄĒ erhm, for the dog.

While crates can look like cages to some people, this is the dog‚Äôs own space, Lott said.

Crates can also keep a dog content during the day while her humans are at work, when Rover may destroy the house otherwise, Lott said.

¬Ľ Make sure you, as a human, behave, too.

Always ask before petting a dog. Sometimes the answer is no. That‚Äôs OK.

When you do get to pet the dog, don‚Äôt get down in her face, even if you‚Äôre acting gentle and loving, Seck said.

‚ÄúThat can be a dominance action, and some dogs don‚Äôt like that.‚ÄĚ

And when you‚Äôre out walking Rover, always, always pick up after him, whether you‚Äôre at the park or just going around the block.

« What’s the deal with Donald and dogs? | Stu Bykofsky What to expect at the 2018 Miramar Air Show »