Euthanization, not relocation, likely for coyotes that attacked kids 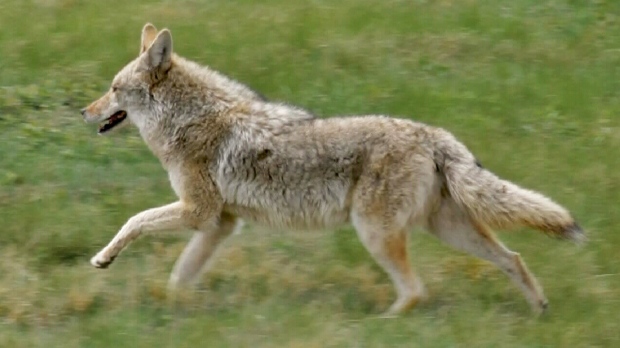 Officials in Montreal hope to track down and kill the coyotes responsible for a series of recent attacks on children in city parks.

Coyotes have also been spotted further south, in the suburb of Cote-Saint-Luc.

Rebecca Nocitifarella said she recently saw a group of children stop their soccer game and chase after a ‚Äúfrantic‚ÄĚ coyote in one park.

‚ÄúI just would wish that children would understand more how to deal with the wildlife,‚ÄĚ she told CTV Montreal.

An event was held Wednesday night to inform people in the area about the potential danger posed by coyotes.

While the event was meant to be educational, many people in attendance asked pointed questions about the recent attacks and what the borough was doing as a result.

Borough officials believe one or two unusually aggressive coyotes are responsible for the attacks, having likely been emboldened by humans feeding them.

Cameras and traps have been installed in parks where coyotes have been seen, and officials say they will euthanize the aggressive coyotes if they catch them. City workers are also entering the parks nightly to attempt to scare the coyotes away.

‚ÄúThey are yelling; they are scaring the coyotes that perhaps might be in the parks,‚ÄĚ said Ahuntsic-Cartierville Mayor Emelie Thuillier.

Relocating the animals is not being considered as an option, because it is not believed the urban coyotes would be able to survive in a rural environment.

With a report from CTV Montreal‚Äôs Max Harrold