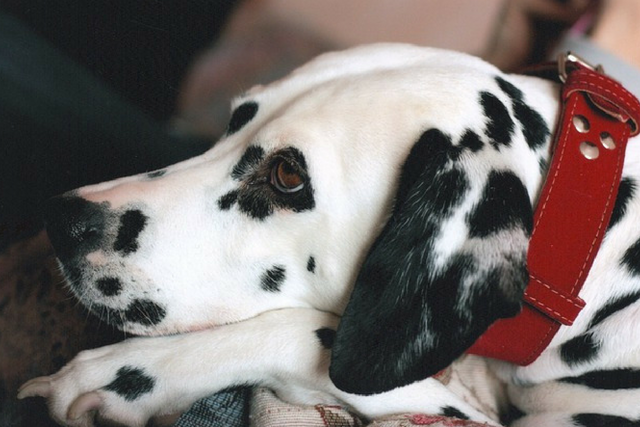 Animal welfare groups and dog-loving politicians have been fighting for a decade to ban the use of shock collars in England. After a heated debate, theyâ€™ve finally achieved their goal.

Englandâ€™s government announced this week that the law will officially change to make the use of training dogs with shock collars illegal. The ban puts England in line with the rest of the UK as Wales and Scotland have already taken steps to put an end to this form of painful, punishment-based dog training.

Weâ€™re thrilled to announce that the Government are banning the use of electric shock collars across the UK.

Itâ€™s been a hard-fought campaign for us, starting over 10 years ago; but todayâ€™s news will ensure dogs are trained using positive methods, free from pain. pic.twitter.com/toQMel3azo

According to BBC, a poll taken by the Kennel Club in 2014 found 74% of people in England support the shock collar ban, but lawmakers have had to jump through hoops to make it official. A report of â€śinsufficient evidenceâ€ť slowed things down, but testimonies from dog trainers, animal behaviorists, and animal advocates have convinced the government to move forward.

An estimated 5% of dog owners in the country reportedly use shock collars on a regular basis, meaning hundreds of thousands of dog owners will be affected. Environment Secretary Michael Gove says the collars cause unnecessary â€śharm and suffering.â€ť With the capability to send 100 to 6,000 volts of painful electric shock into a dogâ€™s neck for up to 11 seconds at a time, dogs essentially learn through fear and pain. The collars are remotely activated to shock a dog in order to stop an undesirable behavior like barking and running away. The issue is, many of the people using shock collars use them incorrectly. Pain and suffering ends up worsening the underlying behavior problems and negatively affecting the dogâ€™s confidence and trust.

Electric shock collars are still #shockinglylegal in England. Only Westminster has the power to ban sales of shock collars â€“ which can shock a dog for up to 11 seconds â€“ so we’re asking for your support to ask your MP to #banshockcollars.On Twitter? Head over to our Twitter page and share the animation in a tweet to your MP to #banshockcollarsRead more >> https://www.dogstrust.org.uk/news-events/news/electric-shock-collars-news

â€śScientific research has demonstrated that electronic devices which deliver an averse stimulus have a negative impact on dog welfare, so this ban will have a major positive impact for dogs in the UK.â€ť

RSPCA also supports the ban of the controversial collars and says using pain to train a dog is unnecessary when positive reinforcement techniques are available and have been proven to work. A spokesperson for the animal welfare group also points out there are â€śhumane and viable alternativesâ€ť to using shock collars. There are other ways of training dogs and containing pets without resorting to electric shock.

Gove called England a â€śnation of animal lovers,â€ť and the ban on shock collars will be a step toward improving the welfare of pets. Next on the agenda, animal advocates are also pushing to have electric containment fences banned.

We want to know: Do you think shock collars should be banned?