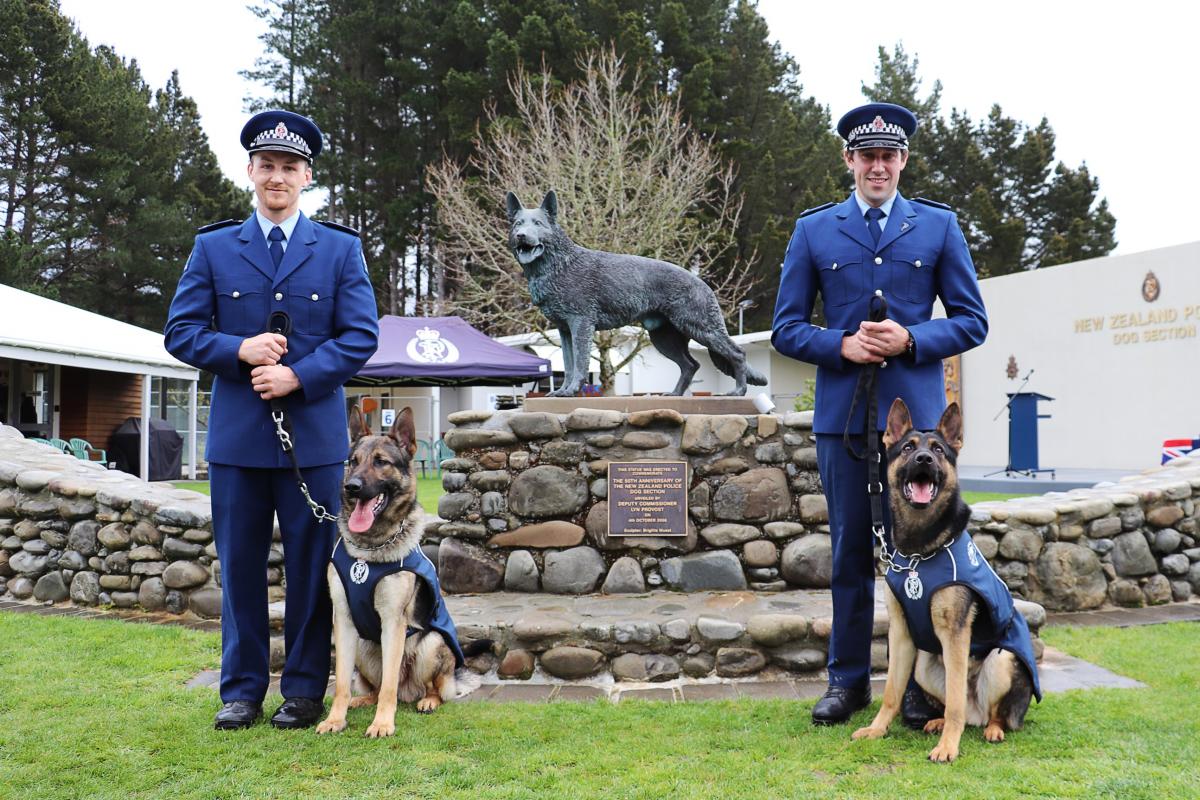 The officers were a mix of experienced handlers qualifying with new dogs, and first time handlers starting a new stage of their police career.

The graduates include two first time handlers from Dunedin.

Const Saunders said he joined the police in 2015 and transferred from Invercargill to Dunedin late last year to take up a dog handler position in the city. He was allocated German Shepherd dog Vann, about 10 months ago.

“The training both at home and at Trentham has been great. There’s a lot to learn, including how to read your dog, understand what that flick of the tail or head means, and the skills and techniques for both of us to do the job.”

Const Wilson said he had been a police officer for three years and graduated with dog South. He had also fostered Vann until he was allocated to Const Saunders.

A dog handler position became available in Dunedin earlier this year, he said.

“I was lucky enough to get it so have teamed up with South. Joining dog section is my dream job.”

All of the 10 graduating dogs were police bred and included two sets of brothers – Vann and Vink and South and Shaq.