Dog licensing amnesty nothing to sniff at 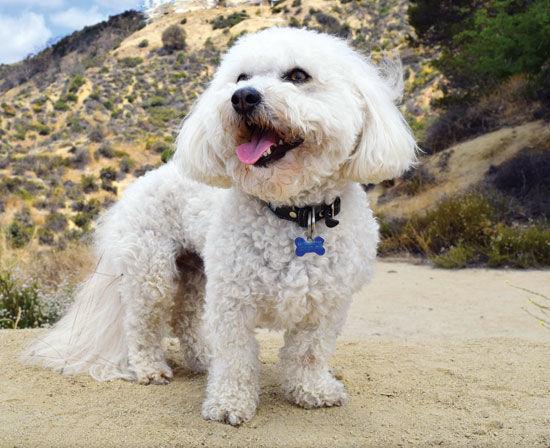 The regional district knows you didn‚Äôt forget, but in a wink-wink, nudge-nudge show of goodwill it‚Äôs allowing you to renew that dog licence you overlooked months ago without penalty.

‚ÄúThey avoid a ($300) fine and are able to renew at the regular price of $40 for a spayed or neutered dog and $80 for an unspayed or unneutered dog.‚ÄĚ

In a news release issued Tuesday, the regional district facetiously stated there are 3,282 ‚Äúmissing‚ÄĚ dogs in the Central Okanagan.

‚ÄúBased on history, we know maybe half of the 3,282 dogs might have been given away, died or moved out of the region with their owners and haven‚Äôt let us know,‚ÄĚ said Smith.

‚ÄúSo, that leaves a lot of dogs out there unlicensed because their owners forgot.‚ÄĚ

All 3,282 owners will be notified by mail or email this week to determine the status of their dog and to update the licence registry.

If they still have the dog and it is, indeed, unlicensed, they will be offered the special, one-time arrangement to avoid the fine and renew at the regular price of $40 or $80.

In total, there are more than 20,000 licensed dogs in the Central Okanagan.

However, the regional district estimates there could be 5,000 to 10,000 more that have somehow evaded licensing.

The amnesty compromise is, and isn‚Äôt, part of the regional district‚Äôs zero-tolerance policy when it comes to unlicensed dogs.

If it really was zero tolerance, those people who forgot to renew their pooch‚Äôs licence would be fined $300, which can be knocked down to $150 if the fine is paid within 14 days, and then be forced to buy a licence.

Instead, all the nasty talk of fines can be overlooked in order to get licence renewal compliance.

The zero-tolerance policy does, however, apply if a dog control officer comes across you and your unlicensed dog out in public.

In such a case, you will be fined $300, with the option of paying half within two weeks, and then buying your dog a licence to avoid further fines.

Same goes if a dog control officer shows up at your home because of a complaint only to discover Rover is unlicensed as well.

Seems me and my then-unlicensed canine companion, Benji, were lucky to be caught jogging the Rails With Trails pathway in 2014.

That‚Äôs the last year dog control officers gave owners of unlicensed dogs the option of paying a $300 fine or buying a licence at the regular price.

I avoided the $300 fine and opted instead for the more fiscally responsible $40 dog licence.

In fact, I‚Äôve become one of those bylaw-abiding dog owners who renews at the discounted rate of $20 by doing so in January or February for that calendar year.

If you don‚Äôt want to wait for that warning mail or email, you can buy or renew dog licences online at MyDogMatters.ca or the MyDogMatters.ca/MDMApp.

You can also buy them at the regional district office at 1450 KLO Rd., at the dog pound at 890 Weddell Pl., any municipal office in the Central Okanagan, the Kelowna branch of the SPCA at 3785 Casorso Rd., or the fire hall in Killiney Beach.

If your dog had a licence in the past, he or she will already have a permanent collar tag that will be reactivated with the same registration number.

Those getting a licence for the first time will get the same permanent tag with the annual renewable features.

Licence fees also go toward a myriad of services, including operation of the dog pound, investigation of aggressive dogs, and supporting the SPCA‚Äôs spay and neuter programs and adoption services.

Licensing your dog also gives pooches and their owners discounts at the 60 businesses listed at MyDogMatters.ca, from veterinarians, groomers and kennels to pet stores, dog trainers and walkers, and fence and turf companies.