A five-year-old English bulldog that belonged to former New England Patriots linebacker Jerod Mayo has been found dead inside a trash bag at the home of its trainer, who is now facing obstruction of justice charges.

The Rhode Island Society for the Prevention of Cruelty to Animals found the dog, Knox, and claims it died in the custody of trainer Amelia Ferreira, who was arraigned Monday. The animal rights group says the trainer is being charged by Cranston, Rhode Island police with one count of obstruction of justice. She could face charges of animal cruelty depending on the results of a necropsy.

Knox had been missing since late May, when he was left with Off-Leash K9 Training – Ferreira’s employer.Â But when the family repeatedly tried to pick him up, they were allegedly given a series of excuses, according to Boston’s CBS affiliate,Â WBZ-TV.Â

The Mayos enlisted private investigators and even scuba divers in an effort to find the dog after Ferreira allegedly told police in June that Knox ran off during a walk. Ferreira went on to change her story, later claiming that that the dog had been in a crate inside her apartment, but had gone missing.

Mayo not only blamed the trainer herself, but pointed the finger at her employer.Â Â

‘If I call an Uber, we expect that Uber has already vetted this trainer,’ the 32-year-old Mayo told reporters. ‘We thought Off-Leash K9 already went through this process with Amelia.’Â Â 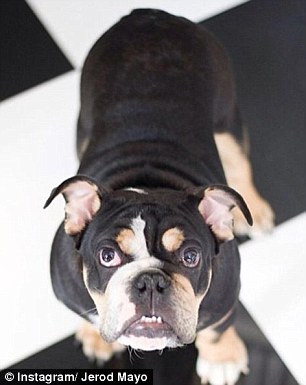 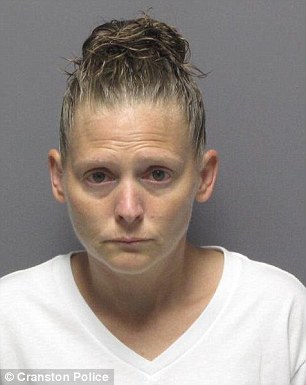 The Rhode Island Society for the Prevention of Cruelty to Animals says the dog named Knox (left) died in the custody of a trainer, who has been identified as Amelia Ferreira (right) 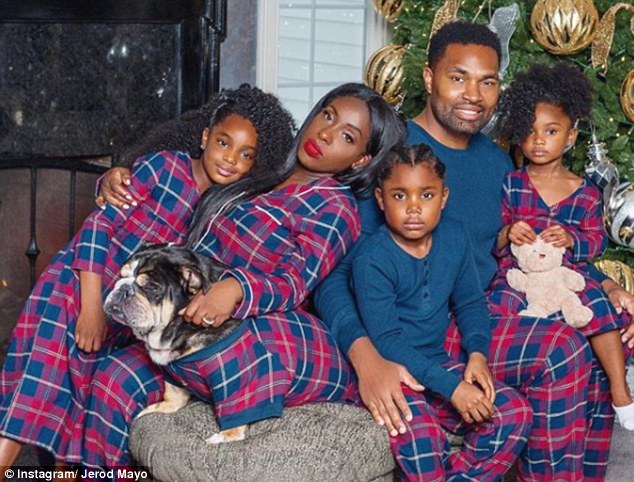 Mayo’s wife Chantel was horrified that the dog was found in a trash bag.Â Â

‘To think that he was in a trash bag? Is that what they really thought of him? That he was a piece of trash?’ she told reporters on Monday.

The trainer initially told police that Knox ran off during a walk, according toÂ Boston.com. The dog’s e-collar was even discovered on a nearby trail, but Knox was nowhere to be found.Â

On 08/05/18, The Rhode Island SPCA recovered the deceased body of ‘Knox’, the 5-year-old English Bulldog, owned by the Mayo family. The body was found in a residence in the Edgewood section of Cranston, where the dog trainer resided. Knox died while in the custody of the trainer, Amelia Ferreira. Ferreira is being charged by the Cranston Police Department, with one count of Obstruction, for concealing evidence relevant to this investigation. Evidence revealed that Ferreira has known the whereabouts of Knox’s deceased body for several weeks and intentionally concealed his body from authorities. Cause of death is currently unknown, and additional charges relating to animal cruelty may follow, pending the results of a necropsy.Â

The RISPCA claims Ferreira knew about Knox’s whereabouts ‘for several weeks,’ while she ‘intentionally concealed his body from authorities.’Â

In an Instagram postÂ on Monday, Mayo wrote that the dog was hidden in a trash bag for two months while it was made to look as though he ran away, was stolen or drowned. The ordeal, Mayo explained, sent he and his wife ‘on a wild goose hunt and our kids on an emotional roller coaster.’

In June, Wrentham, Massachusetts police addressed the ‘mysterious’ disappearance of Knox on social media, asking for any information after the dog ‘simply vanished.’ The circumstances were puzzling because English bulldogs are not known to run far or fast.

The episode had clearly been weighing on the Mayo family, judging from a July Instagram post that featured a picture of the couple’s wedding.

‘July has always been our favorite month,’ Mayo wrote. ‘It’s the month we were married and had our first two babies. It’s safe to say his July was a far cry from our norm. I worked hard to make it feel normal as possible with a piece of our puzzle missing. It was good to see you all smile this weekend. Thanks for being strong! I’m still working hard towards the big request to #bringhomeknox.’Â

Mayo and his wife Chantel have four young children: three daughters and one son.Â 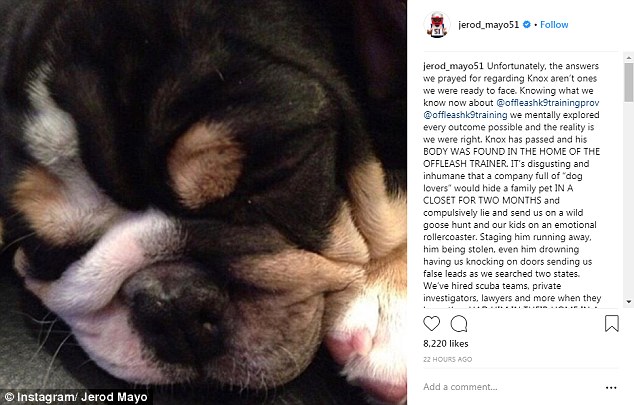 Mayo took aim at the trainer on Instagram, questioning how someone who supposedly loves animals could hide a beloved family pet ‘IN A CLOSET FOR TWO MONTHS’Â 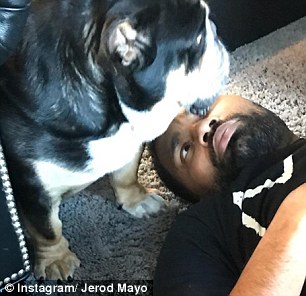 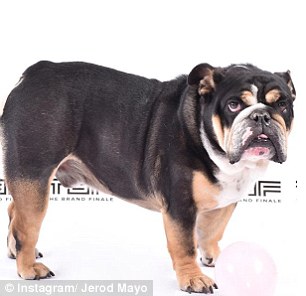 According to the 32-year-old Mayo, Ferriera gave the family several false leads, alternately suggesting that the dog ran away, was stolen, or even drowned: ‘We’ve hired scuba teams, private investigators, lawyers and more when they knew they HAD HIM IN THEIR HOME IN A TRASH BAG tucked away the whole two months. Yeah, A TRASH BAG!’ 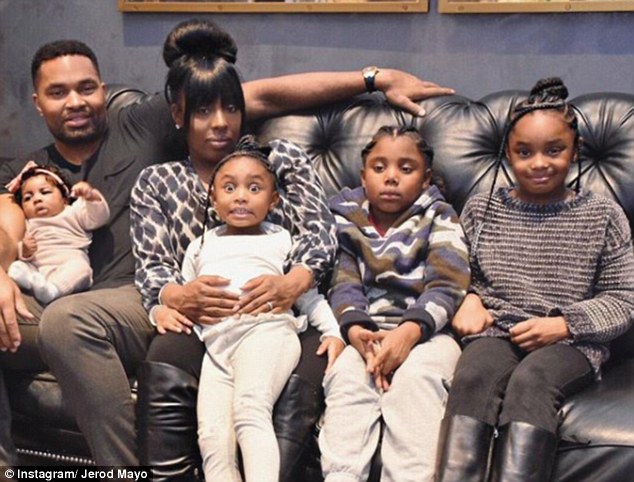 Mayo, who won a Super Bowl in New England before his career was cut short by injuries, is also angry that the police wasted their time investigating a false claim.

‘Think about the resources that were wasted both personal and also law enforcement,’ Mayo said. ‘There were police officers that were called out to Wrentham to look for a dog that was never in Wrentham.’ 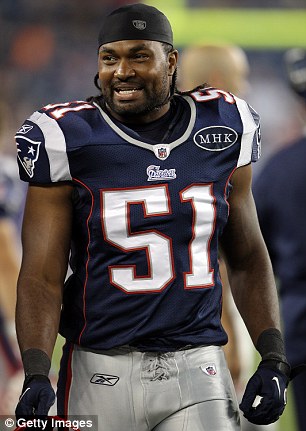 Mayo, 32, was named to two Pro Bowls before his career was cut short by injuries in 2015

‘Unfortunately, the answers we prayed for regarding Knox aren’t ones we were ready to face,’ Mayo and his wife, Chantel, wrote on Instagram Monday. ‘Knox has passed and his BODY WAS FOUND IN THE HOME OF THE OFFLEASH TRAINER. It’s disgusting and inhumane that a company full of ‘dog lovers’ would hide a family pet IN A CLOSET FOR TWO MONTHS and compulsively lie and send us on a wild goose hunt and our kids on an emotional rollercoaster.

‘We’ve hired scuba teams, private investigators, lawyers and more when they knew they HAD HIM IN THEIR HOME IN A TRASH BAG tucked away the whole two months. Yeah, A TRASH BAG!’ he wrote. ‘We raised Knox like our child, as you guys can see from our photos and those of you who know us. It hurts to have to accept that our beloved Knox was thought of as trash as they saw our family hurting.’

‘Currently, all that these people are facing is obstruction,’ Mayo continued. ‘Not animal cruelty or filing false police reports or for plain ole tossing someone’s family member in a trash bag and storing it! From the Mayo family, we want to thank all of the people who spent countless hours looking for Knox. To our social media family, thank you for posting every day. We still have work to doâ€¦..we need to bring awareness to this problem so it never happens again. This is just getting started.’ 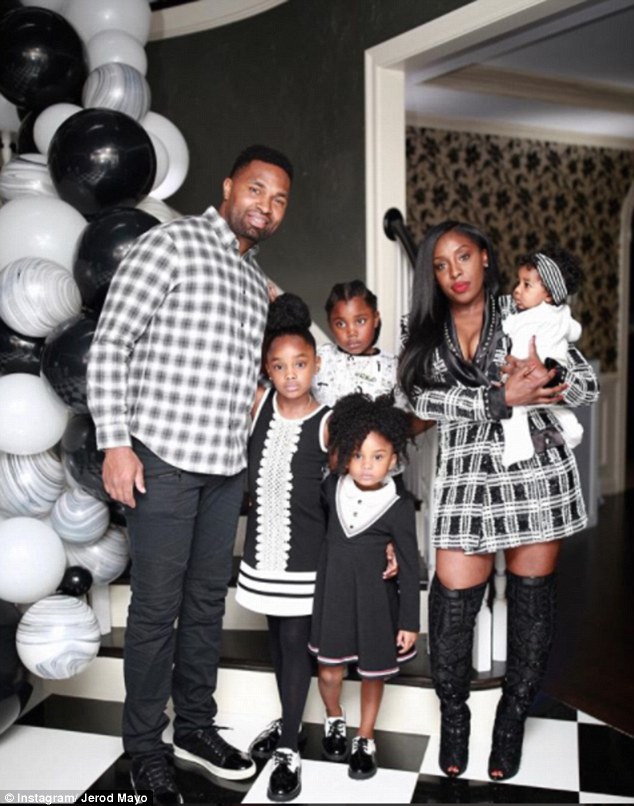