A frustrating experience with a Winnipeg pet centre has a couple warning others.

John and Sheila Estacio left their dog Maxx at Muttley‚Äôs Pet Centre for about a week earlier this August. When they picked him up, they noticed he was no longer acting like his usual, playful self.

They say Maxx didn‚Äôt want to do anything and seemed in distress. After they examined him more closely, they found a shock collar tightly fastened around his neck.

‚ÄúMe and my wife were really shocked. We were just in tears. I mean, who would do that, right?‚ÄĚ Estacio said.

The couple doesn‚Äôt have any children of their own but think of Maxx as their baby.

‚ÄúIt‚Äôs just like leaving your baby at a daycare, and when you pick him or her up, you will see the device. It would be just like ‚Äėwhat is this‚Äô?‚ÄĚ

They say the centre never warned them ahead of time about the possible use of a shock collar to control the dog‚Äôs barking, nor did they mention it during the dog‚Äôs stay, despite being in communication with the owner daily. 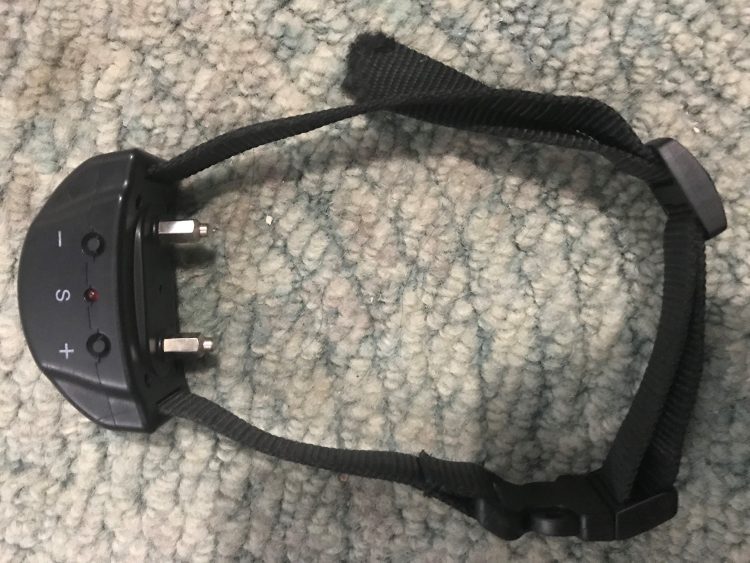 In an emailed statement, Muttley‚Äôs Pet Centre said, ‚ÄúWe fully admit that the owner‚Äôs permission should have been sought before the training collar was used.‚ÄĚ

It went on to say, ‚ÄúWhen it was found, unfortunately, the clients misunderstood it‚Äôs purpose and it‚Äôs use‚Ä¶We are sorry this misunderstanding occurred and it has served as a learning experience allowing us to develop further as a company to better serve our clients.‚ÄĚ

Tara Wuennenberg, the owner of Muttley‚Äôs Pet Centre, said the purpose wasn‚Äôt to shock or hurt the dog, but instead to redirect the dog‚Äôs attention when barking obsessively.

For their part, the Winnipeg Humane Society doesn‚Äôt condone the use of shock collars.

‚ÄúAside from the harm that it could cause psychologically and physically to your dog, punishment-based approaches can also cause problems with trust,‚ÄĚ said Val Poulton, Director of Animal Intake and Behaviour at the Society.

Moreover, she says the collars can also confuse dogs.

‚ÄúIt could be that the dog is barking and there comes a shock. There could be something else going on in the environment that the dog then relates the shock to rather to his barking. Barking is normal dog behaviour. Dogs don‚Äôt see that as problem behaviour, humans see that as problem behaviour. So why would a dog think that applying pain to its neck had anything to do with its barking?‚ÄĚ

Colleen Fisher, a veterinarian at Brandon Hills Veterinary Clinic who studies the topic, said even if the collar was used to vibrate and not shock, it can still cause issues for the dog.

‚ÄúIf the dog isn‚Äôt used to that effect, it‚Äôs still going to produce a negative or an anticipatory anxiety for the dog,‚ÄĚ she said.

The Estacios say they don‚Äôt want the pet center to close.

Instead, they want to warn others, and hope that the centre will change its practices.