Column: Living with coyotes while protecting our dogs with fences, leashes and good training 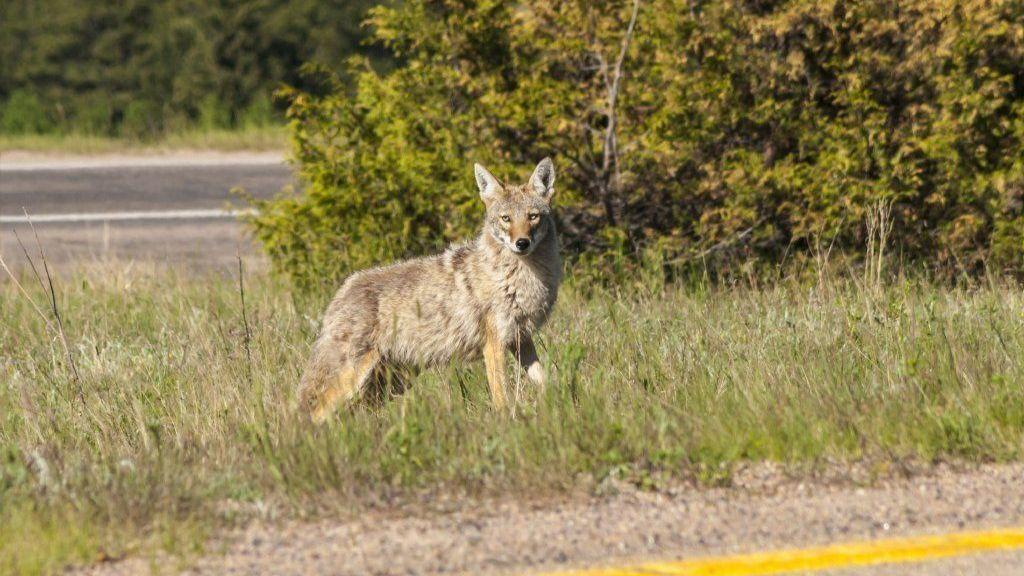 In my last column, devoted mostly to wildlife observations, I noted that there seemed to be plenty of rabbits around this year, and that few coyotes had been seen in my area.

Correct that! In the last few days, the coyotes are suddenly around in broad daylight.

Last Sunday morning, around 11.15 a.m., two of them, I think juveniles, were running around among our properties here. I came back from Wisconsin with my dogs a week ago about 4.50 in the afternoon, and one, again probably a juvenile, was standing in the middle of the drive. Another one was seen on Sunday afternoon running from west to east towards the pond with something in its mouth.

Early morning and at twilight, a much larger and darker one, easily mistaken for a German shepherd, has been passing through. Because I have been out with my shepherds, but inside our fenced areas, they have seen this almost look-alike cousin, which has brought about a lot of barking.

So a warning goes out again: Do not let your dogs out loose and alone. Even if you have invisible fencing, it is useless against wild animals, and for that matter loose dogs getting on your property, a real danger for smaller dogs and outside cats.

Anyone who knows me well also knows that invisible or electric fence and collars is something I feel very strongly about. The restrictions against what I call “proper fencing” in so many communities often restrict the residential choices that some dog owners have, and that includes me, as I contemplate downsizing as a still-active companion and show dog owner.

Years ago, when I adopted a Pembroke Welsh Corgi through the Lakeshore Corgi Rescue, I was required to have a fenced property, and this is a requirement of many rescue organizations.True, that with a Corgi a small enclosure is sufficient, and walking them is a joy. Itâ€™s tougher for an older person with a larger dog, especially when there are so many temptations along the way. Good training certainly helps in those circumstances.

Returning to the subject of electric fence and collars, and adding in electric shock collars: The Canine Chronicle has recently reported that the government is moving to ban electric shock collars in England (they are already banned in Wales) and may move on to ban electric containment fences. The collar ban will include cats as well. A large majority of well-reputed humane organizations and animal clubs are in favor of these bans. To many they represent fear instead of understanding and good training, including leash exercising.

To be clear, along with the warning about the coyotes, the opinions on fencing are my own gathered from longtime observation of failed collar batteries and fencing, and have nothing to do with any reporting or opinions of the Barrington Courier Review. Meanwhile, let us continue to enjoy our wonderful wildlife and Barrington area.

Barbara Benson is a freelance columnist for Pioneer Press. Contact her at barbaralbenson@aol.com.

« England Officially Bans Electric Shock Collars Talking dogs: Tips for finding the right trainer for you and your dog »