I really wasnā€™t expecting to enjoy Call Of Duty: Black Ops 4ā€™s multiplayer beta a great deal. Off the back of last yearā€™s rather excellent Call Of Duty: World War 2, the prospect of returning to a less characterful present or modern day setting was a complete turn-off for me. Add in the lack of any single player campaign and Black Ops 4 quickly slid off my “excited for” list.

With the multiplayer beta, though, developer Treyarch demonstrated that itā€™s done quite a lot of tinkering with the franchise formula. This is a more tactical game that sits closer to something like Rainbow Six: Siege. Not like-for-like, but thereā€™s a clear move toward more considered, focused gameplay mechanics that better determine an individual playerā€™s role in any given match. I ended up enjoying it a lot and I think it delivers some great changes that will revitalise the base a little when it comes out in a couple of months. Hereā€™s how our first half hour went… 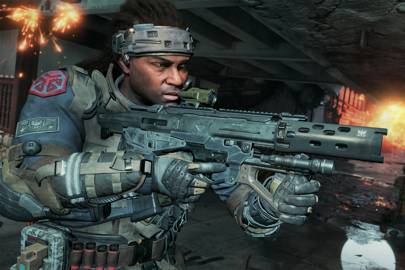 In the first five minutes of booting up Black Ops 4 I discovered that Treyarch has adopted an analog menu system, similar to Destiny‘s, and that I absolutely hate it. So much of Call Of Duty is about making decisions quickly on the fly, even down to changing class items and kill streaks. With a muscle memory for digital menus, the new functionality feels cumbersome and slow.

I then got shoved head first into a match that was just ending, so was unceremoniously booted back into the lobby to wait for yet another match to start. All in all, not the most graceful of beginnings, but I was eventually playing the gameā€™s primary game mode, Control. Onwards and upwards.

Black Ops 4 has a newly refined class system, called the Specialist system, thatā€™s a lot of fun to play around with. You select a preconfigured character at the beginning of every match, complete with their own unique powers and abilities. Some are more aggressive, some are more defensive. Some give the team a boost, acting as support characters by revealing enemies on the map or creating all-new respawn points to give you an advantage in combat.

It took me the best part of two minutes to decide who I was going to play as. I ended up with Ruin, which wasnā€™t that suited to my play preferences. I quickly became jealous of Nomad, who had a deployable K9 Cyborg unit. 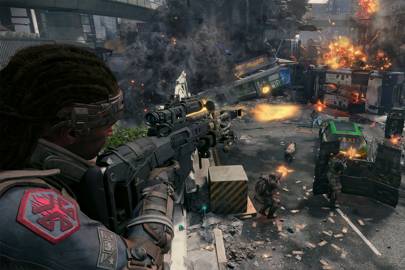 I fast went from being jealous of the Nomad class to detesting them. The four legged creature chased me across half of the map before he finally caught up with me. Every time I tried to shoot him I either missed or the bullets seemed to do negligible damage. The repetitive barking did me micro-trauma and I ended up in a heap on the floor, bloodied at the jaws of a robot pup. Rubbish.

Iā€™ve never been that good at Call Of Duty multiplayer. Despite repeated lessons on how the motion radar on the HUD is the key to success ā€“ and in fairness, whenever I pay attention to it, I do very well ā€“ I never seem to have much of an edge over the more skilled, younger, more obnoxious opponents I end up battling against. Within quarter of an hour of playing Black Ops 4, though, Iā€™m on a high. A killstreak of six successful mano-a-mano encounters put me at the top of the leaderboards. I savour it ā€“ itā€™s guaranteed to be temporary. 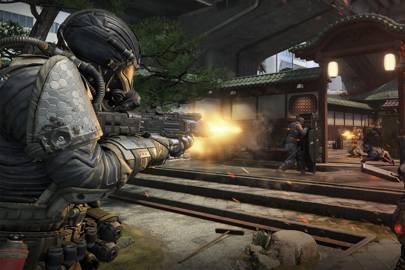 As expected. The following five minutes see me torn to shreds by all manner of opponents. The team Iā€™m facing have a particular tactic that I hate with all my heart, but which is undeniably effective. They all carry sniper rifles and are incredibly talented marksmen ā€“ popping off single rounds with absolute accuracy and quick trigger fingers, hardly using the zoom scopes to land a blow, resulting in certain death before I can respond. Itā€™s 300 seconds of watching myself get murdered on repeat via the gameā€™s quite sexy new replay feature, which has clearly taken cues from games like Overwatch.

I finally get revenge on a dog ā€“ not even the same dog, just another I happen across. I am worryingly happy with myself at this point. 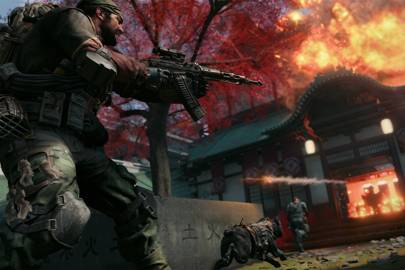 We somehow win the first game of Control. Despite thinking Iā€™d done terribly for the most part, I ended up getting my mojo back in the last few minutes and we took a close victory. Next I revert back to a mode I understand better, Kill Confirmed (itā€™s team deathmatch, but you have to pick up the dog tags that dead enemies drop in order to bag the points).

I also get the opportunity to play around with some of the other Specialist classes in the game. None are world-changing in terms of function or mechanics, but it does give me a bunch of new tricks and tools to experiment with that will surely open up some brilliant tactical gameplay once you begin to unlock new levels and equipment.

Iā€™m not sure I quite understand the more intricate parts of Black Ops 4ā€™s scorestreaks yet ā€“ indicative of the impact of the gameā€™s new features and how muscle-memorised Call Of Duty has become ā€“ but Iā€™m impressed. Within half an hour, Black Ops 4 has proven it doesnā€™t necessarily need a single-player campaign to get me on board come October, but itā€™s also given me cynophobia.

Call Of Duty: Black Ops 4 is out on 12 October for PS4, Xbox One and PC. As one of our most-read pieces, this article was emailed, in its entirety, to all our GQ Commuter newsletter subscribers. Do you fancy receiving our top story of the day, straight to your inbox, at 6am every weekday – ready for your day ahead? Just enter your email address onto this newsletter sign-up page, and consider it done.