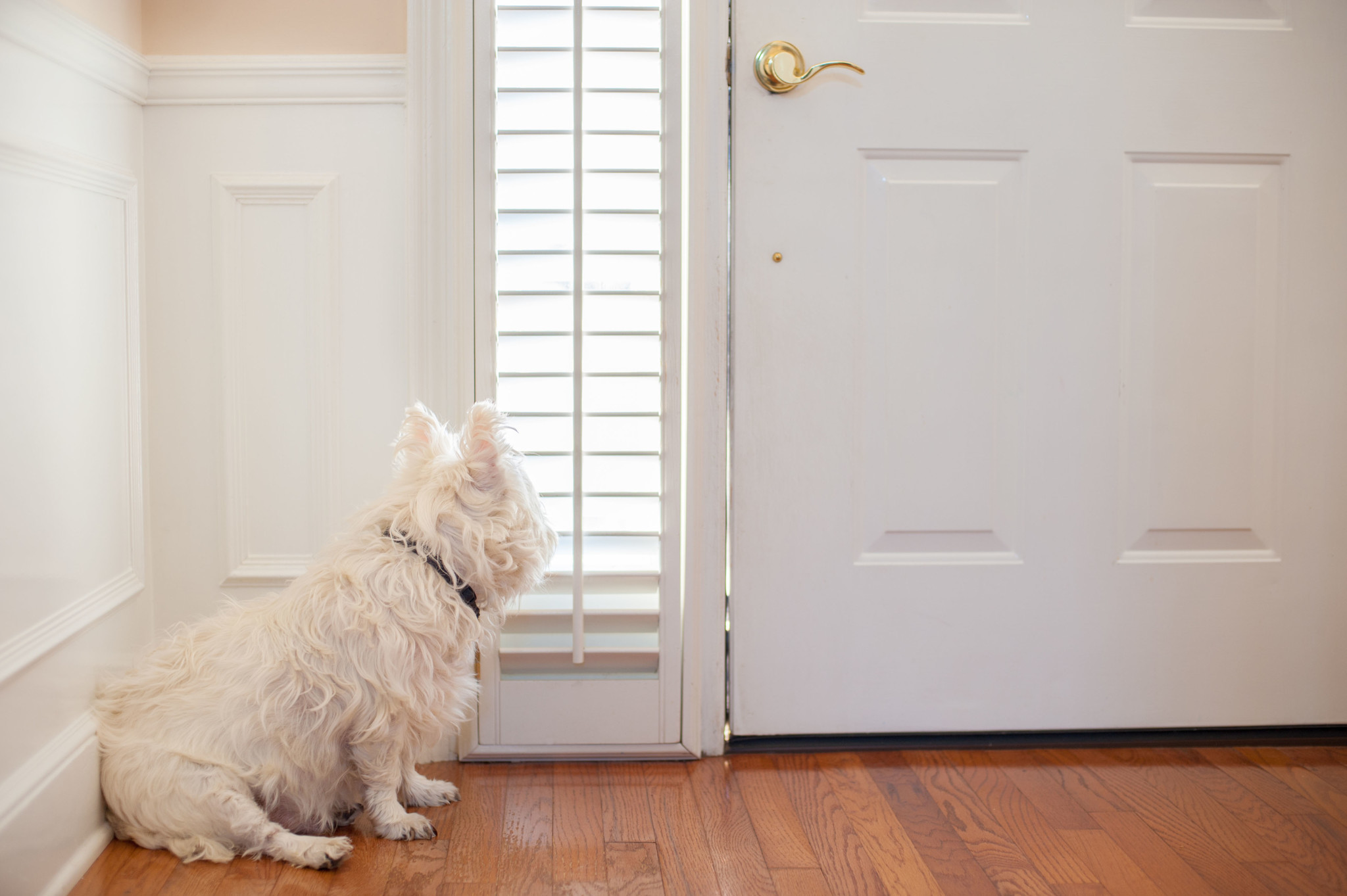 My dog, a Yorkie-Pekinese mix, barks at every noise he hears. He goes into a frenzy when someone comes to the door. If I let them in, he is very aggressive and will even bite visitors. If I leash him, he gets worse. He is 4 years old. I adopted him three weeks ago from a shelter. They did not tell me that he bites. Is there something I can do to make him less frightened and less aggressive? — Myrna, CT

You’re smart to realize that aggression can be related to fear, and sour newly adopted dog might be intimidated by your visitors. Ask the animal shelter about his behavior. If he is this aggressive now, he must have shown some aggression at the shelter. Perhaps they can offer you some training support to help modify his behavior.

The goal is to have him sit at the door when he hears the bell, sit when the door is opened, sit when a visitor enters, and sit until you release him. Dogs can’t do two things at once, so if he is sitting, he shouldn’t be growling.

You may have to do each step 20 times, three times a day for a few days before you can move to the next level. Be patient and make sure each behavior is solid before moving onto the next desired behavior. I know you can do this Myrna. Keep me posted.

A few weeks ago, I shared a cat nail clipping tip from Doug in Wethersfield, Conn., in which I wrote, “Sneaking up on cats and clipping their nails while distracting them and without holding them or touching them is definitely a ninja move.” While this is actually a technique I have used many times to get a nail clipped here and there on my cats, I incorrectly reported Doug’s approach, which included picking them up gently. Doug asked me to let my readers know, that he would never sneak up on any of his cats for any reason.

(Cathy M. Rosenthal is a longtime animal advocate, author, columnist and pet expert who has more than 25 years in the animal welfare field. Send your pet questions, stories and tips to cathy@petpundit.com. Please include your name, city, and state. You can follow her @cathymrosenthal.)