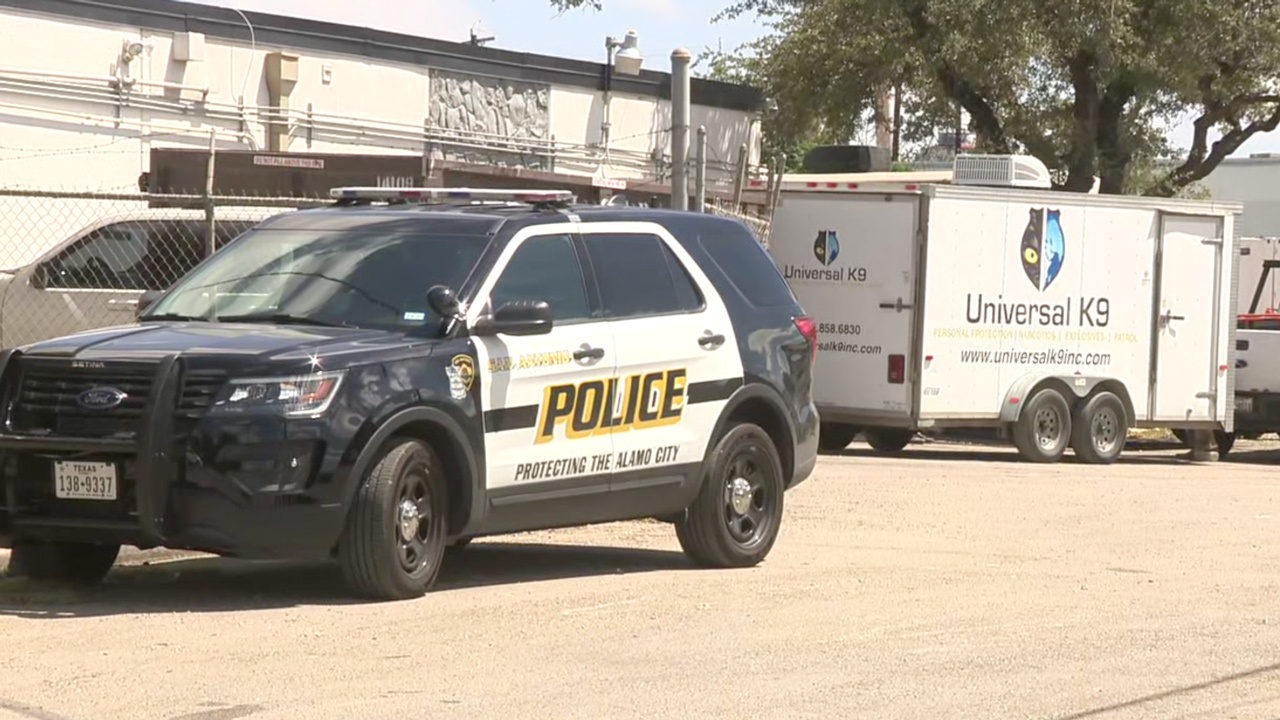 SAN ANTONIO – More than 20 dogs were removed by Animal Care Service from a San Antonio dog training facility after the FBI raided it Wednesday morning.

District 8 Councilman Manny Pelaez said the raid is just the first step in the ongoing FBI investigation into the owner of Universal K9, which is located on the city’s Northwest Side.

“It looks like (the FBI) is investigating possible fraud allegations,” Pelaez said. “There seem to be 20 to 30 dogs that need immediate help. (The city) has decided to take possession of these dogs, take them to Animal Care Services, where they’ll be cared for, fed and sheltered.”

Pelaez said the dogs that were found inside the dog training facility were not the kind of dogs that are expected to be part of a security training organization.

“Some of them, because of age and condition, were not appropriate for this situation and for this operation,” Pelaez said.

Pelaez said most of the dogs have already been transported out of the facility to ACS shelter.

ACS officials said it removed 31 dogs from the facility, butÂ the owner reclaimed five after classifying the dogs as his own.

Earlier this year, KSAT reported that the organization receives funding from the Department of Veterans Affairs that allows Universal K9 to donate dogs for free.

It has also been reported that veterans can use their GI Bill to take courses provided by Universal K9 and receive a dog for free.

“We know these dogs. We know their antics, how they react and we build a personal relationship with these dogs. To see that they’re going to be taken away and possibly goÂ to foster homes or people who take it the wrong … eventually (they might) be put down,” Torres said. “Hopefully not.”

Torres said he, Evans and Molina were all students at Universal K9 using their GI Bill to achieve the goal of receiving a canine handlers certificate that is recognized by agencies.

According to the organization’s website, the dual purpose handlers course, a GI Bill, VA-approved course, the total cost for the 80-hour program is $6,500.

Torres, who is from Washington state, said he drove more than 36 hours to get to San Antonio and has spent over $10,000 that includes travel expenses, housing and dog food.

“I’m so upset about coming down here and leaving a job that I was making more money, only to find out this is not even going to get me a job,” Evans said. “And now I’m stuck, 22 hours away from home. How am I going to get back home?”

“The VA approved this and they’re supposed to protect us. We thought it was good to go, but apparently not,” Molina said.

Torres, who has been a student for more than two months, said he suspected something was unusual in how the organization was operating underÂ the owner. He said the lack of resources, the condition of dogs and how they were housed and the owner’s mentality caused him to feel suspicious of the organization.

But because Universal K9 was backed by the VA, the trio collectively said they didn’t question the system.Â Â Â

The FBI said no arrest has been made and could not provide further comment about the investigation.

Copyright 2018 by KSAT – All rights reserved.