Professional dog trainer Sarah Owings claims her Labrador retriever Tucker was a ‚Äústir crazy boy in his kennel‚ÄĚ when she first met him at the Glendale Humane Society. Tucker came from a breeder of field line retrievers ‚ÄĒ high-energy working dogs that, in order to be mentally and physically stimulated, require some sort of regular routine, like retrieving ducks or search-and-rescue. Owings, who promotes the use of positive reinforcement over punishment, said she learned that Tucker‚Äôs initial guardians had attempted to curb his undesirable behavior with harsh training methods. ‚ÄúNone of it was effective, just really stressful for all involved,‚ÄĚ Owings said. ‚ÄúAfter four long years of what sounds like a nearly continuous battle of wills‚ÄĒhuman vs. dog‚ÄĒit was decided the best thing for all involved was to find him a better home.‚ÄĚ After adopting Tucker, Owings quickly realized that what the dog needed most, aside from a healthy diet and a less aversive training regimen, was a job. Tucker‚Äôs job is doing nose work.

Nose work is a relatively new dog sport that mimics the types of tasks performed by drug detection or search-and-rescue dogs. In various indoor and outdoor venues, nose work dogs sniff out q-tips that have been infused with essential oils like birch, anise, clove, or cypress. During competition, dog-handler teams scan a designated area for a certain amount of odors in a predetermined amount of time. Dogs must communicate to their handlers that they‚Äôve located a hide, pausing with their nose on the scent until the handler calls the word ‚Äúalert.‚ÄĚ Judges award points based on the dog‚Äôs timing in targeting all of the odors that have been hidden throughout the course. They subtract points if a handler misreads his or her dog and calls an ‚Äúalert‚ÄĚ where no odor is present. According to Owings, ‚ÄúNose work is the fastest growing dog sport in the U.S.,‚ÄĚ outpacing popular events like agility, conformation showing, and competitive obedience.

Watching a dog do nose work demonstrates the immense power of scent detection and working drive that almost all dogs possess. Whether it‚Äôs sheep herding or simply gnawing on a chew toy, most dogs enjoy having some sort of ‚Äújob‚ÄĚ to keep their bodies busy and their brains occupied. In nose work, once dogs understand that their task is to find a certain scent in exchange for a reward such as food or toys, they tend to happily scan even the most distracting environments with determination and focus. The intricacies of a nose work dog‚Äôs behavior while working is endlessly fascinating to observe, especially because each dog searches differently and each dog-handler team naturally forms its own unique method of communication. Some teams prefer to compete off-leash, for instance, while other dog-handler teams stay close together as they work through a search area. Each team also creates a system of ‚Äúalerting‚ÄĚ that a hide has been found, as a dog sits, pauses, wags its tail, closes its mouth, or otherwise communicates to its handler that they‚Äôve located the scent. 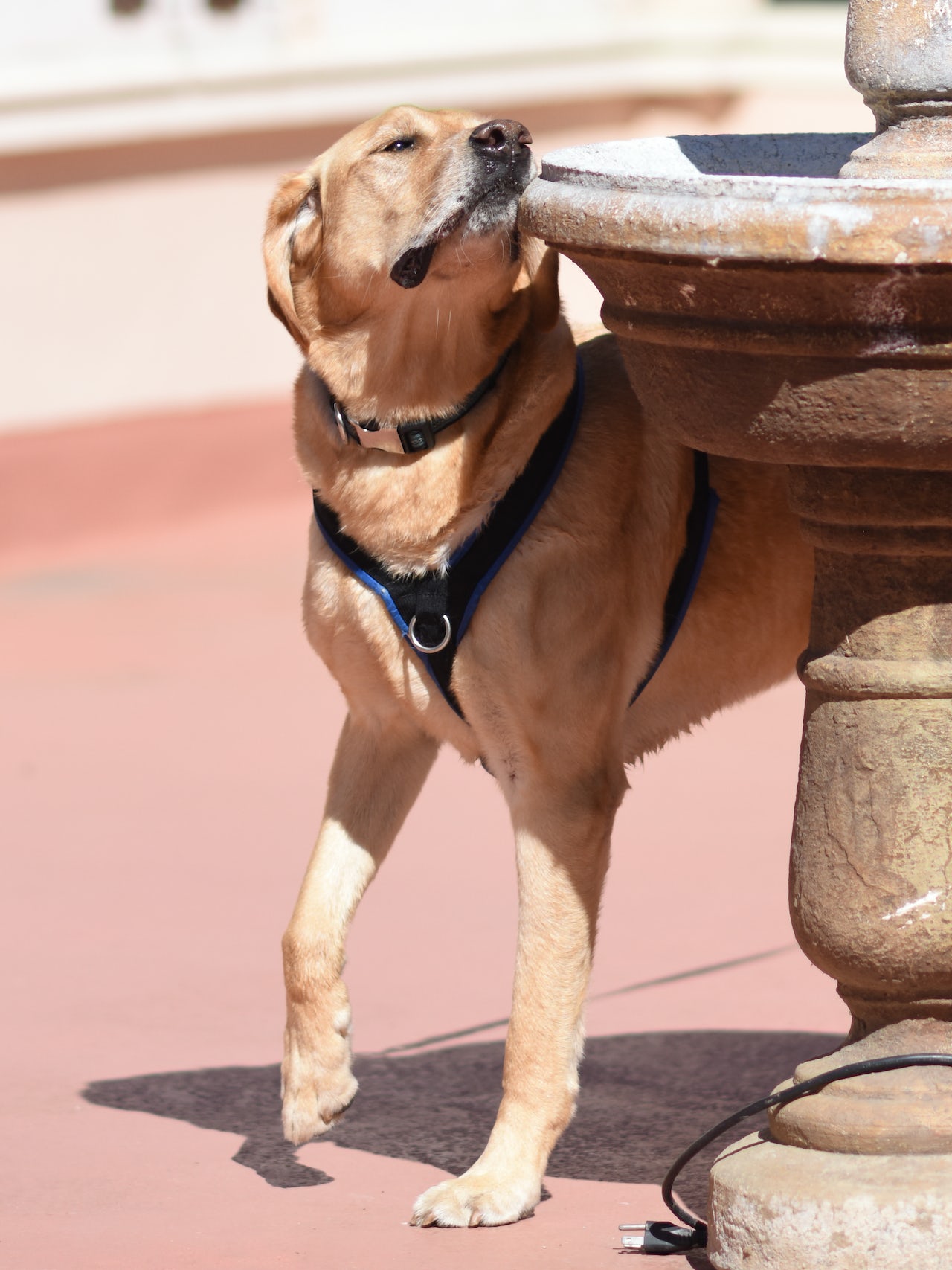 The late Ron Gaunt, an experienced K-9 police officer, detection trainer, and handler, created the sport in 2009 along with trainers Amy Herot and Jill-Marie O‚ÄôBrien. The trio then founded the National Association of Canine Scent Work (NACSW) in order to organize trials and competitive nose work events. NACSW is the oldest official organizing body for nose work, but there are more than a dozen others offering official title competitions. There are several different variations of the game, and exact rules vary depending on the venue and event. Dogs may search for scents hidden in boxes, buried underground, spread outdoors, or scattered throughout locations like schools, churches, or anywhere willing to host a trial.

Penny Scott-Fox, one of the original seven trainers who Gaunt, Herot, and O‚ÄôBrien approached to help start the sport of nose work, hosts the prestigious Turner Trials at the Mountain View Mausoleum near her training center in Altadena, California, each year. Scott-Fox named the competition in honor of her flat-coated retriever Turner, who won the NACSW National Invitational, arguably the sport‚Äôs highest achievement, in 2015 before passing away of cancer the following year. (‚ÄúShe was a spectacular search dog,‚ÄĚ Scott-Fox said of Turner.)Over the course of another three days at the mausoleum for her own annual Turner Trials, a select group of dog/handler teams that have achieved Elite status ‚ÄĒ the fourth and highest level in NACSW ‚ÄĒ compete in multiple challenging searches. In this year‚Äôs event, Owings and Tucker placed fourth overall. All dogs, of course, are good dogs, and therefore all dogs are winners. As long as dogs like Tucker are able to exercise their natural desire to sniff and have a job, they tend to leave competitive nose work events happier than they arrived. 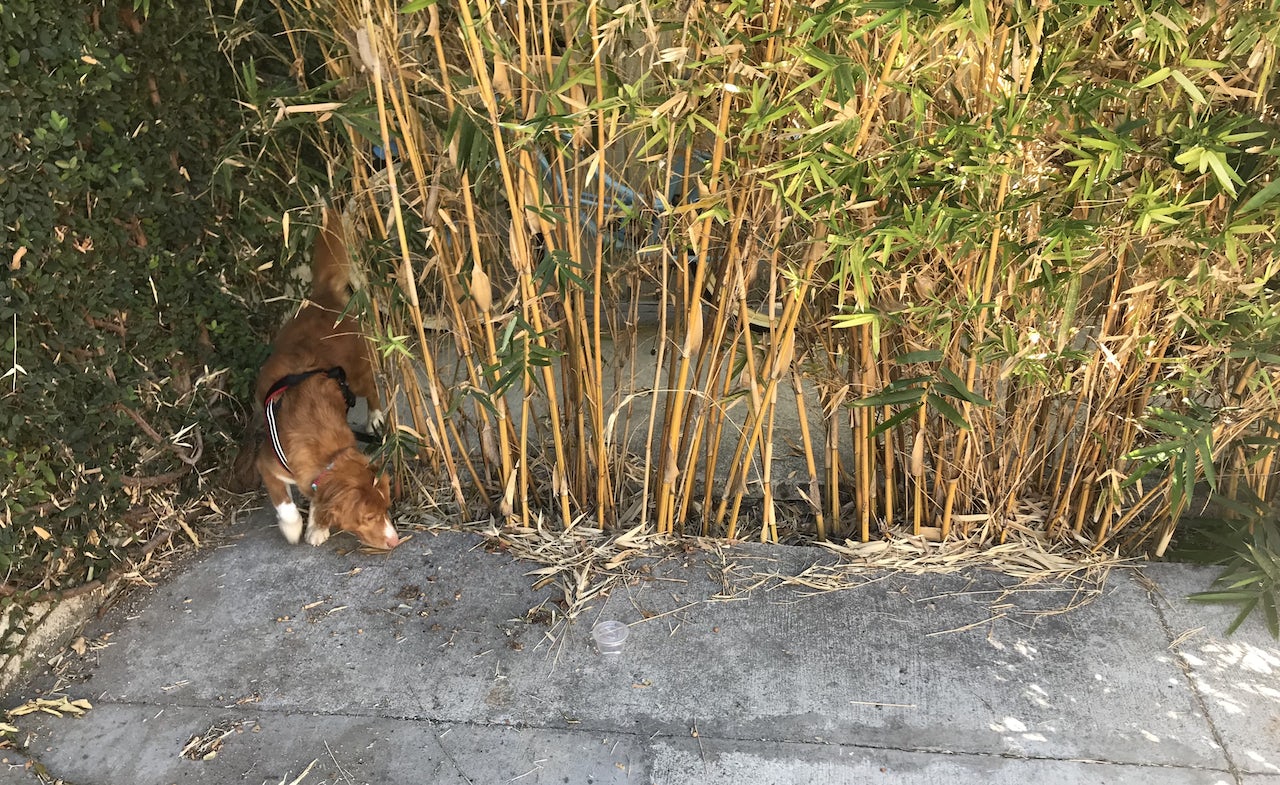 Scott-Fox believes that nose work should remain an accessible hobby even to those who don‚Äôt wish to compete at the highest levels. ‚ÄúEveryone can do it. You don‚Äôt have to be super fit, and it creates a lovely bond between dog and handler,‚ÄĚ Scott-Fox said. ‚ÄúI just want people to have fun with their dogs.‚ÄĚ

Although facilitating a search for essential oils may not be high on the average guardian‚Äôs list of things to do with their dog, it is, indeed, fun. Nose work is also a great method of mental stimulation ‚ÄĒ which, as animal behaviorists have proved through multiple studies, can be as important for a dog‚Äôs well-being as exercise. There are other benefits, too. ‚ÄúI have had huge success with shy dogs where it has increased their confidence. It is also a chance for dogs to be dogs in a controlled but fun way,‚ÄĚ Scott-Fox said. 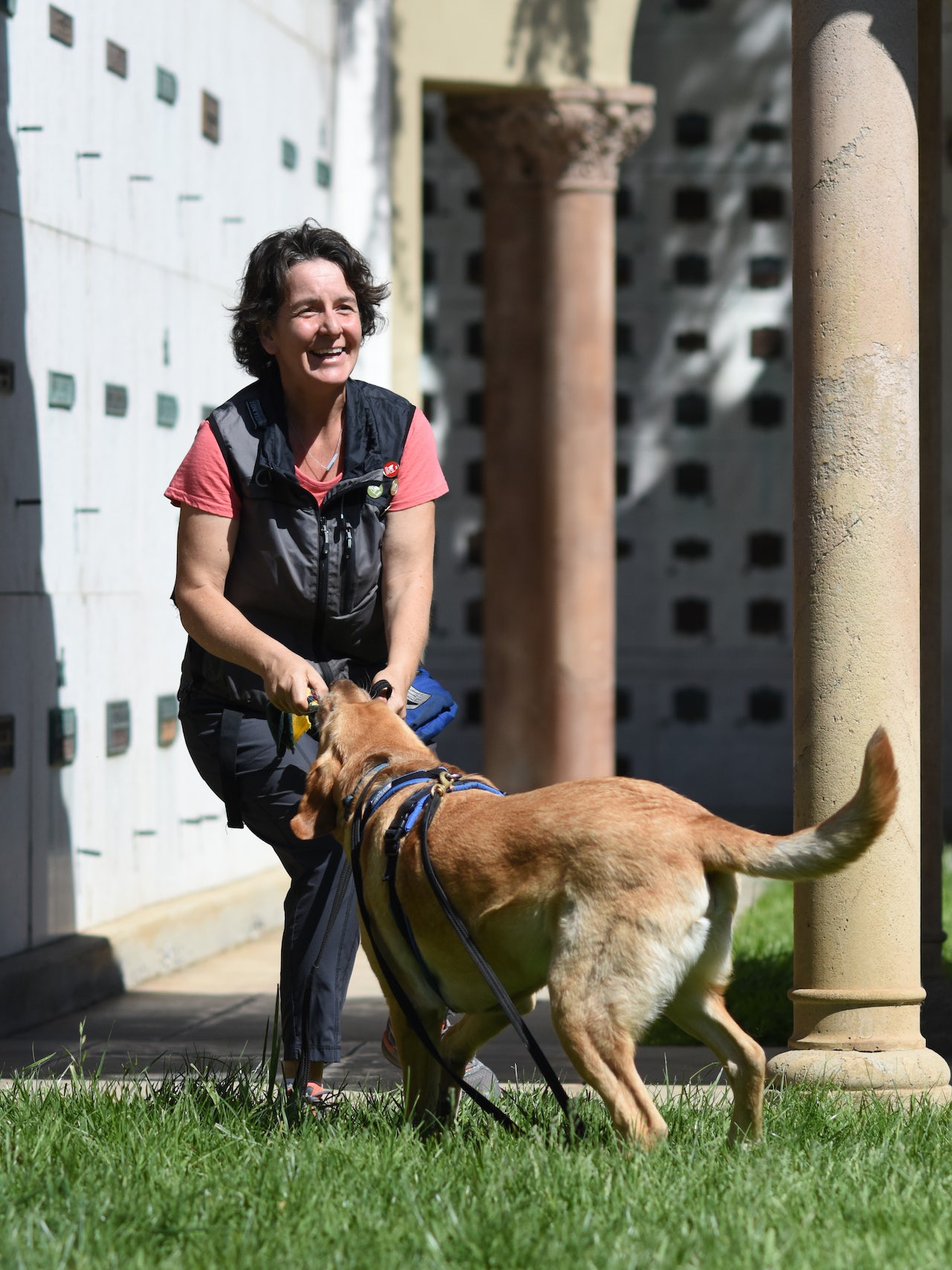 Owings believes that nose work may even have a transformative effect on dog owners, helping view their relationship with their canine companions in an entirely new light. The dogs possess superior sniffing abilities, and by default cannot be viewed as inferior to their human counterparts. ‚ÄúIn order to really succeed in the sport, people have to do what we call ‚Äėtrust their dogs.‚Äô In my experience, trusting your dog means fully letting go of the idea of being in control of either the dog or the search,‚ÄĚ Owings said.‚ÄúIt definitely means letting go of outdated and debunked ideas about needing to be a ‚Äėpack leader. Once you cross that start line, the dog is in charge. He has the nose. He leads the search. It‚Äôs a humbling and, I feel, important role reversal for the human part of the team. Once you get into this game, it‚Äôs like going down a rabbit hole of ever-deepening interspecies communication. You‚Äôll never relate to your dog quite the same way again.‚ÄĚ