21 large dogs seized in Lorain; owner due in court Tuesday 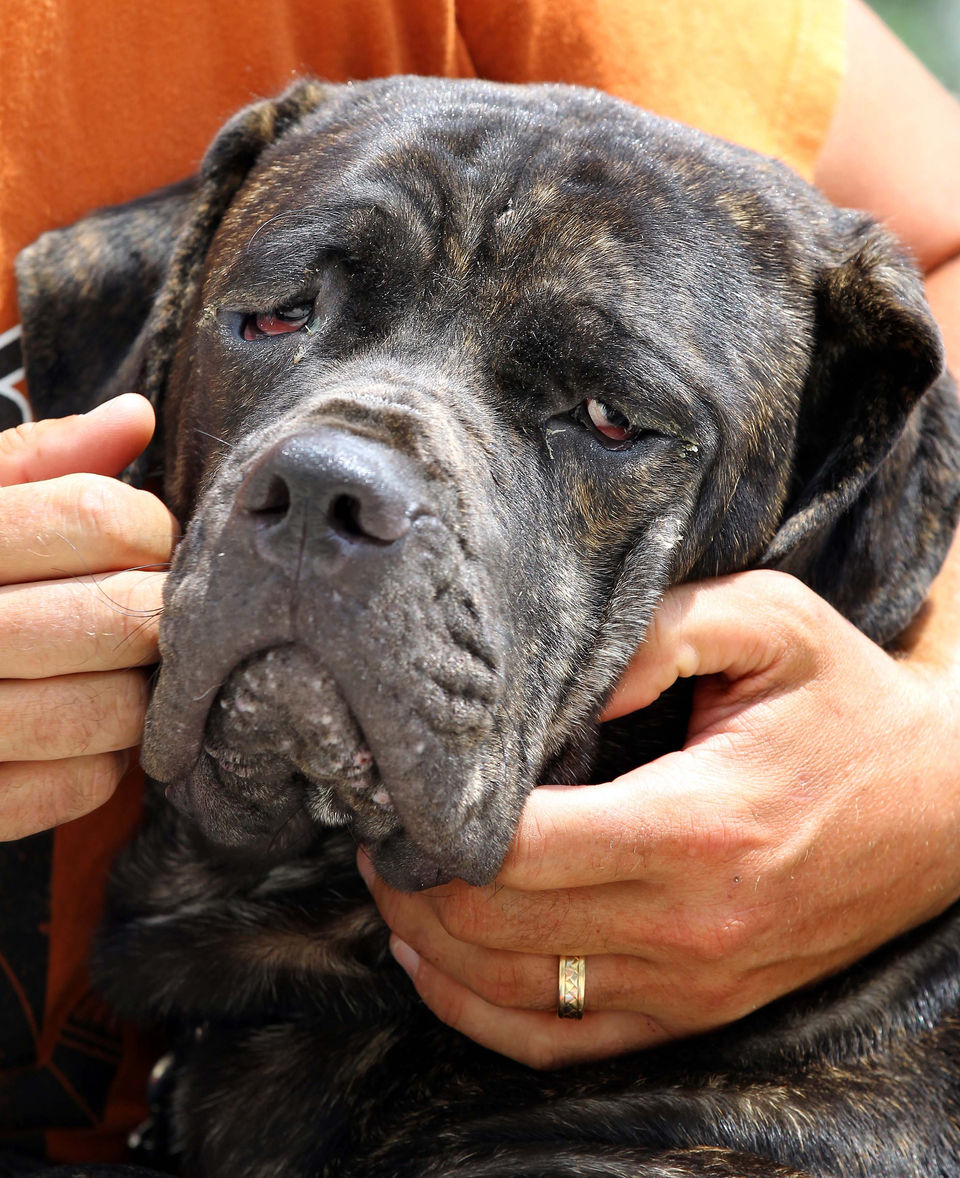 LORAIN, Ohio – The owner of 21 large dogs seized¬†last week from an apartment in the city is expected to appear in municipal court Tuesday afternoon to determine if there is enough evidence to justify the action.

The 20 cane corsos and one Brazilian mastiff were taken July 17 from an apartment on East 28th Street by Lorain police and the Lorain County dog warden and turned over to the¬†Friendship APL in Elyria.

Lorain Ptl. Richard Broz said they acted on a tip that the dogs were kept in “filthy conditions” in cages in the apartment. When he arrived, the heat and odor were overwhelming, Broz said.

“There was no electricity in the apartment and no water for the dogs, which were kept in cages,” Broz said. “It was more than 100 degrees in there and there was no ventilation.”

It did not appear that there were any¬†people living in the apartment, according to police.

Tuesday’s “probable cause” hearing is set for 1:30 p.m. at Lorain Municipal Court. The judge will determine if police acted properly in seizing the dogs and whether the dogs should remain in the custody of the¬†Animal Protective League¬†or be returned to the owner.

The judge’s ruling will also determine whether the case will be turned over to the city prosecutor, who will consider charging the owner with cruelty to companion animals, a fifth degree felony. A conviction of one count is punishable by a maximum of¬† six months to a year in jail and a fine.

Attempts by The Plain Dealer to reach the owner were unsuccessful.

Meanwhile, the dogs are at the APL in Elyria where executive director Gregory Willey said they are doing well.

“These look like they were being bred,” he said. “Some are in good shape, others less so. Some have dermatitis (skin) issues, some eye problems on some that may need surgery. Others have scars from bites probably received during mating. Most of them are really sweet. These dogs can be up to 125 pounds, most of these are smaller. Some even seem to have been deliberately bred to be a smaller size, like 75 pounds.”

Willey said most of the dogs are very friendly and well-adjusted to people.

“They are dogs people want for protection,” Willey said. “I mean, who is going to break into a house with a dog that size on guard? They are very smart and tend to be extremely loyal to their owners. They are very social dogs.”

Willey said if the owner gives up the dogs, they will be spread out among rescue groups and shelters.

“We just can’t handle them all,” he said. “They need some socialization before being adopted out, but most seem to be nice dogs.”

One of the larger dogs bit Broz as they were rounding them up, but the bite was deemed not serious. He said the dog was probably reacting from fear, not from viciousness.¬†

Willey said they are extra careful with the Brazilian mastiff, a massive dog that seems a bit aggressive.

“These are the scariest dogs on Earth,” Willey said. “They were used for tracking down runaway slaves in Brazil and are actually banned in some countries. He will require a lot of training.”

Cane corsos, also known as Italian Mastiffs, are generally not used for fighting but “dog aggression (often very serious) can still be a problem. He should be thoroughly socialized with other dogs from an early age,” states the website¬†www.yourpurebredpuppy.com/

Before any of the dogs can be put up for adoption the case must go through the court system.